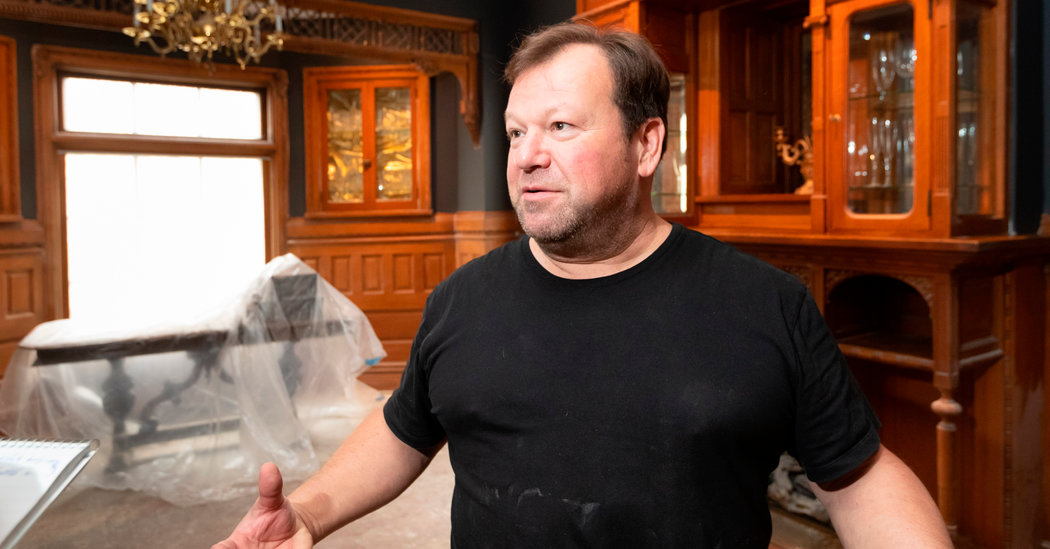 The Nebraska Democratic Party has withdrawn its support for its Senate candidate, Chris Janicek, after he made sexually explicit comments about one of his campaign staff members in a group text that included her.

The party said in a statement on Tuesday that it had received a copy of the text messages last week, and that party leaders had met with Mr. Janicek on Thursday and urged him to drop out of the race. On Monday, Mr. Janicek refused to do so, and the party’s executive committee voted unanimously to withdraw its support and resources from his campaign.

“Our Democratic Party has no tolerance for sexual harassment,” Jane Kleeb, the chairwoman of the Nebraska Democratic Party, said in the party’s statement. “Our party will not extend resources or any type of support to any candidate that violates our code of conduct and doesn’t treat men and women with the dignity and respect they deserve.”

The staff member, who has since quit, also filed a formal complaint with the party. Mr. Janicek did not respond to requests for comment Tuesday afternoon.

In a text sent on June 4 to her and four other people — a screenshot of which her lawyer, Vince Powers, provided to The New York Times on the condition that the woman’s name be withheld — Mr. Janicek said that he had discussed a work matter with her, and that she had argued with him and walked away.

“Do you think the campaign should spend some I’m getting her laid,” he wrote, adding, “It will probably take three guys.” He then described in explicit terms what he wanted the men to do to her. “Thoughts?!”

He sent a second text apologizing for his grammar and clarifying that he had meant to say “spend some money on,” not “spend some I’m” — repeating the sexual suggestion in the process. Finally, he wrote that he had been joking.

“I’m going on no sleep and a bunch of exuberant excitement and I think I was out of line now that I read my text back I apologize,” he wrote, adding that he “valued” the woman and wanted “to issue apologies again for my tasteless statements.”

The woman responded with a lengthy message in which she discussed their work-related disagreement and then said of Mr. Janicek’s text: “As a woman who stands up and beside other women, I can’t just pretend this didn’t happen. I cannot support your campaign after what you said. I have integrity, morals and values but, most of all I have self respect for myself and fellow women.”

But after party leaders met with him on Thursday and pushed him to withdraw from the race, Mr. Janicek showed up unannounced at the staff member’s house, according to her lawyer, Mr. Powers. The woman was rattled, Mr. Powers added, and did not engage in a conversation with Mr. Janicek.

On Friday, Mr. Powers emailed Mr. Janicek to tell him not to contact the woman again or have anyone else contact her on his behalf, and urged him to drop out of the Senate race “so as to hopefully prevent any further embarrassment or anxiety.”

“We all expect Mr. Janicek to drop out shortly,” Mr. Powers said on Tuesday. “One has to be an optimist and an idealist to be a young staffer working on a statewide race for a Democrat in Nebraska. This has been a tough experience for my client. She wants to change the world, not to have to deal with this garbage.”

Mr. Janicek, a bakery owner, won the Democratic primary last month to challenge Senator Ben Sasse, the Republican incumbent. Nebraska is a solidly red state, and the race is not expected to be competitive.

Meet Members of a Historic University of California Class