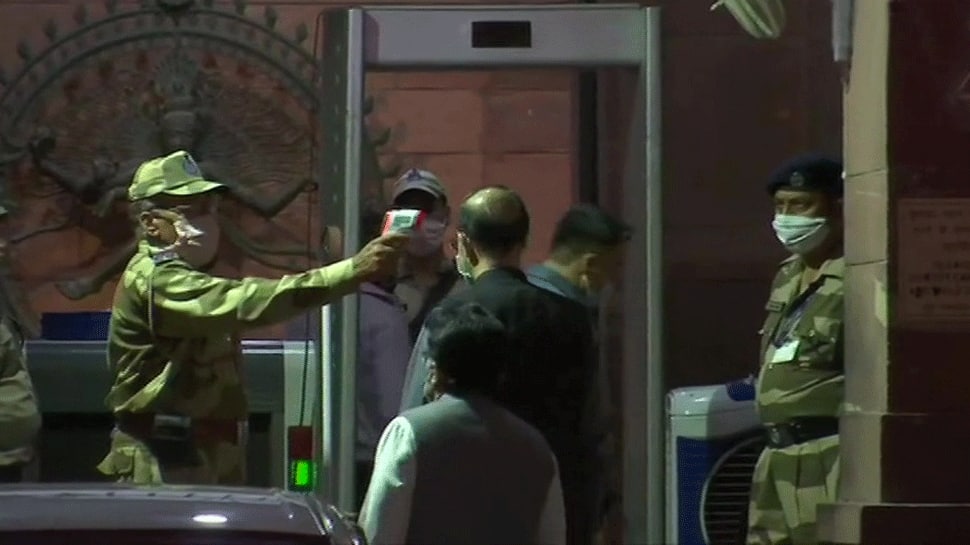 The two staff members of the Indian mission, who are working as drivers in the Indian High Commission in Islamabad, were detained for over 12 hours on June 15 and reportedly thrashed, manhandled and forced to confess of their involvement in a hit-and-run case. Reports said that they were picked up by around 15 to 16 armed persons who had come in 5-6 cars at around 8:30-45 hours from a petrol station close to the mission. They were blindfolded with a rucksack thrown over their heads and handcuffed and were then taken to an unknown destination

The Indian officials were regularly punched, beaten with rods and wooden sticks and were made to drink filthy water as they abductors forced them to confess under duress that they had committed an accident. Armed men also forced the Indian staffers to confess that alleged Intelligence officials in the High Commission compel them to bring people from outside in their cars for meetings inside the High Commission. Reports said they were interrogated regarding the specific role and function of all High Commission officials down to the lowest staff.

During the interrogation, they were repeatedly threatened that this is how the other members of the High Commission would be treated as well in future. Following the investigation, the drivers were then taken for a medical checkup where they were also injected with what was claimed to be a tetanus shot.

On Monday, at around 9 pm, they were handed back to the Indian High Commission and although they were able to walk, they carried extensive injury marks to their neck, face, thighs and rear, indicating extensive manhandling.

On June 15 evening, the MEA had summoned Pakistan’s Charge d’affaires to India Syed Hyder Shah over two officials of Indian High Commission going missing in Islamabad. In the demarche, it was made clear to the Pakistani CDA that there should be no interrogation or harassment of the Indian officials and the responsibility for their safety and security lay squarely with the Pakistani authorities.

Introducing ‘Father Soldier Son,’ a Film From The Times and Netflix

How to Workout Without a Gym