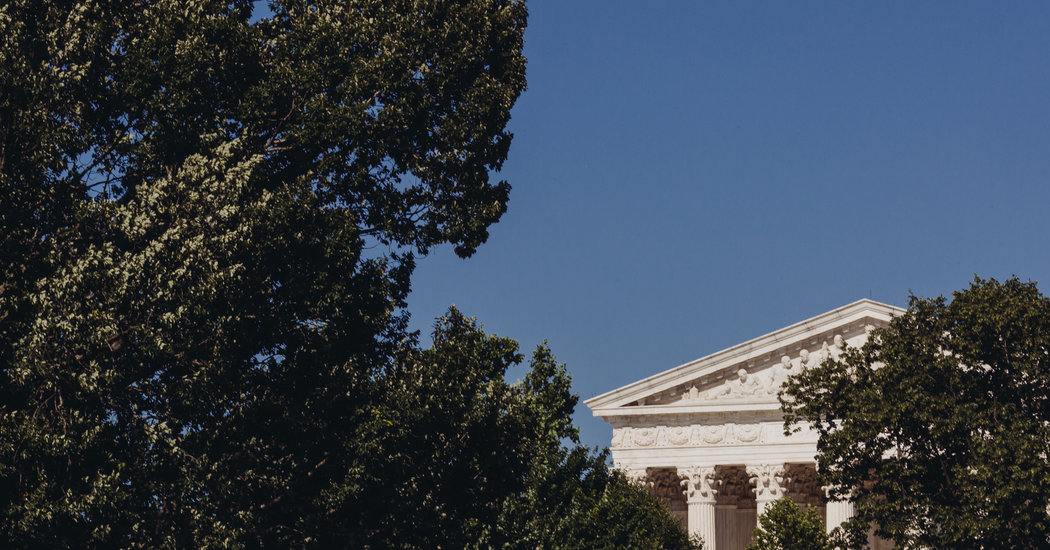 In the coming weeks, the Supreme Court is expected to clear its docket of current term cases, with potential major decisions on DACA, abortion, President Trump’s financial records and public funding for religious schools. Like Monday’s ruling on L.G.B.T. discrimination, it’s a safe bet that they will generate outsize attention — and that the decisions will be deeply controversial in some quarters.

But for all of the attention that we pay to these “merits” cases on the court’s docket, the Trump administration, with a majority of the justices’ acquiescence, has quietly racked up a series of less visible — but no less important — victories by repeatedly seeking (and often obtaining) stays of lower-court losses.

Such stay orders are generally unsigned and provide no substantive analysis. But they nevertheless have the effect of allowing challenged government programs to go into full effect even though lower courts have struck them down — and often when no court has ever held them to be lawful in the first place.

Until the Trump administration, they were exceptionally rare. But they have become almost commonplace in the past three years, clearing the way for the president to proceed with many of his most controversial policies without a final determination of their legality.

The idea, at least historically, was that such emergency relief from the Supreme Court was warranted only in “extraordinary” cases — where the government would be irreparably harmed by allowing the lower-court ruling to take effect and where such harm outweighed the harm to the public of allowing a potentially unlawful program to continue operating.

So, for example, during the 16 years of the George W. Bush and Obama administrations, the government asked the justices for such emergency relief only eight times — and the justices granted half of the applications. Moreover, none of the eight decisions to grant or deny such relief was 5-4.

But in just three years, the Trump administration’s Justice Department has sought 29 emergency stays from the Supreme Court — including 11 during the court’s current term alone. And the justices, or at least a majority of them, have largely acquiesced, granting 17 of the applications in full or in part, rulings that have had significant and lasting ramifications on the ground — and that have often been quite divisive on the court.

It was a partial stay from the Supreme Court that allowed President Trump to put much of his travel ban into effect until the policy was revised in late 2017. A stay from the Supreme Court allowed the president to divert military construction funds to help build his border wall. And stays from the court have allowed the administration to keep enforcing an array of asylum policies — like the “Remain in Mexico” program and the public-charge rule — that have come under fierce legal criticism.

In each of these cases, the stay was meant to preserve the status quo only while appeals worked their way through the courts. But the Supreme Court never ruled on the merits of the second iteration of the travel ban, and it hasn’t yet had (and may never have) a chance to rule on the merits in any of these other cases. Instead, emergency relief from the court has become a de facto vindication of these programs — allowing them to continue to operate perhaps for the entire Trump presidency even though lower courts have held them invalid and despite no final determination by the justices that those lower courts were wrong.

There is widespread debate over the cause of this uptick. The president’s defenders are quick to put the blame on lower courts, which have issued an unusually high number of “nationwide injunctions” against Trump administration policies and in which, according to data compiled by the Institute for Policy Integrity at the N.Y.U. School of Law, the Trump administration has fared far more poorly than any of its predecessors.

But many of the rulings from which the government is seeking emergency relief are in cases involving purely local relief — and in courts that are not viewed as being on an extreme of the ideological spectrum. Yes, Mr. Trump is losing more often in lower courts, but that may say as much about his policies as it does about the judges.

Instead, part of the explanation may be that the justices have moved the goal posts — subtly shifting the standard that governs when lower-court rulings should be put on hold pending appeal. Older opinions from the court stressed the need in such cases to balance the government’s chance of winning its appeal against the public interest — accounting for the harm that could be caused by allowing the challenged policy to go into effect in the interim.

But now a majority of justices appear to believe that the only relevant criterion is whether the government is likely to prevail, no matter the impact on the public in the interim. And even when the government fails to obtain emergency relief, the message sent to the lower courts is usually that it should win. For instance, in a short, unsigned order from late May, the justices turned away a request from the Justice Department to freeze an Ohio federal judge’s order that had required the transfer of hundreds of inmates at a federal prison where there has been a coronavirus outbreak. As the order tersely explained, the application was denied “without prejudice” to seeking such relief again, because the ruling the government sought to challenge had been superseded by a subsequent ruling that has not yet been appealed. Despite this defect, and despite a significant chance that blocking the lower-court ruling would cause irreparable harm to the prisoners, Justices Clarence Thomas, Samuel Alito and Neil Gorsuch still noted that they would have sided with the government even at this stage.

Some may see this development more as a feature than as a bug. But even those who cheer the results ought to be more circumspect. There are good reasons government applications for stays — and grants of such applications — have historically been a rarity. Among other things, they require the justices to drop everything (including the rest of their docket) and consider what are often deeply fraught factual and legal questions under significant time pressure, without the benefit of oral argument or amicus briefs, and on a scant (and underdeveloped) factual record.

At the very least, if the justices mean to change the rules for when government litigants should be allowed to obtain emergency relief, they should say so. Otherwise, the court’s behavior in these cases gives at least the appearance of undue procedural favoritism toward the government as a litigant — a “disparity in treatment,” as Justice Sonia Sotomayor warned in February, that “erodes the fair and balanced decision making process that this Court must strive to protect.”

Especially when that disparity seems to repeatedly favor conservative policies over progressive ones, it gives at least the appearance that the court is bending over backward to accommodate a particular political agenda — a message that, now more than ever, all of the justices should be ill inclined to send.

Stephen I. Vladeck (@steve_vladeck) is a professor at the University of Texas School of Law.

How Trump Maneuvered His Way Out of Trouble in Chicago

Joe Biden’s Stutter Is His Superpower