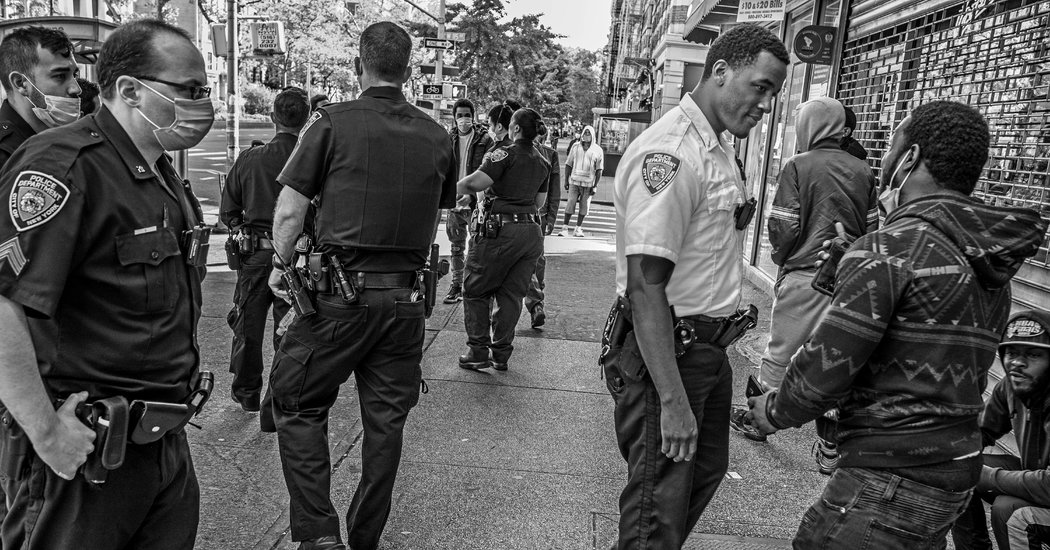 Every black southern family that I’m aware of has a cold case. The murder of a family member by a white man about which records might have disappeared or been deleted. It’s family oral tradition that keeps the story alive.

My grandfather, Mack Hopkins, was stabbed by a white man on July 9, 1934. He told my mother that when he arrived at Erlanger Hospital in Chattanooga, Tenn., he overheard a doctor say, “Let that nigger die.” My mother was 16 at the time. My grandfather did die, and his killer remained free.

His death was my first encounter with the criminal justice system. Now, I’m trying to gather details about the murder of his sister Ready, who died after being struck by a car in Anniston, Ala., in the 1960s, while walking down a road. The two young white men in the vehicle that killed her, who were probably drunk, told family witnesses that they thought that she was a telephone pole — as though she never existed.

What happened to Mack and Ready could have happened to any black person. Maybe a future Justice Department will reopen these files so the murderers no longer walk free.

Like many black men, I’ve had numerous encounters with the police. Growing up in public housing, I learned at an early age that the Fourth Amendment didn’t apply to my family or our neighbors. The police would burst into our apartments at any time they wished. I’ve had police draw guns on me. Once, in 1958, Buffalo police stopped a car in which my companions and I were riding and pointed guns at us. They’d mistaken us for some other blacks.

In 1972, my wife and I were living in the Berkeley Hills neighborhood of Berkeley, Calif., while I worked on a novel. We used an advance from Doubleday to pay our bills. A policeman entered our small apartment with a gun drawn. He said the was investigating a homicide. But he left without any further discussion. I believe I’d aroused suspicion from the neighbors because I was a black man working at home.

The same excuse was used when the police came to our apartment on St. Marks Place in Manhattan on more than one occasion in the summer of 1969. Perhaps it had something to with my association with an underground newspaper that reported on police brutality. Reading Natalie Robins’ “Alien Ink: The F.B.I’s War on Freedom of Expression,” I learned that I may have been monitored by the F.B.I. in that era. William J. Maxwell wrote in “F.B. Eyes: How J. Edgar Hoover’s Ghostreaders Framed African-American Literature,” that many black writers of my generation were.

In 1975, I was invited to do a reading of my poetry by the Pulitzer Prize-winning poet Yusef Komunyakaa at the University of Colorado Boulder. Those chosen to put me up that night were two white men. They were wearing sweaters and seemed to be mimicking a counterculture style, but I noticed that they were a little too clean cut. The next day, as I was departing for the airport, one of my hosts told me that he had a bag of “good grass” as a gift to me. I rejected it. When I arrived at the Boulder airport, I was taken into a room. Officers inspected my carry-on bag and found only pens and paper. (I was working on a review of a biography of Muhammad Ali for The New York Times.)

The scariest incident, which I’ve written about over the years, including in “Another Day at the Front: Dispatches From the Race War,” occurred in New York City. I was walking down the street in the company of two companions. Seeing two policeman exiting a restaurant holding bags, I quoted, in a voice loud enough that one of them heard me, from a recent report on police corruption that accused officers of accepting bribes. A few moments later, my friends and I were continuing our walk when suddenly a police car sped toward us.

The cop who overheard me took me in a room and started punching me. We were taken to “The Tombs,” a New York City jail that was so dark and dank it reminded me of a medieval prison. Later that day, the same cop came to my cell and offered me a deal. He said that if I pleaded guilty to disorderly conduct I’d only have to spend a weekend at Rikers Island. Thousands of poor people take deals like this, whether they’re guilty or not. Unlike them, I was a member of a network of writers and artists, who put up the bail. I told him that I was going to obtain a lawyer.

On the day of the trial, I put on my only suit. A three-piece pinstriped number. If I was going down, I would go down with style. I took the stand and told the judge what happened, while the two policemen sat, alternately glaring at me and smirking. While I was telling the tale, I received encouraging looks from the blacks and Puerto Ricans in the courtroom. They knew the deal. The judge pronounced me guilty but then left the courtroom without sentencing me. My lawyer said that he’d never seen anything like it.

In 1967, shortly after arriving in Los Angeles from New York, I was walking to the library. Suddenly, plainclothes officers jumped out of a car. They grabbed a pouch that I was carrying. Finding only notes and a pen, they explained that they thought that it was a woman’s purse. Before the detectives re-entered their car, I said, “Gee, you can’t even go to the library anymore.” I get chills when I think about that remark. Given the actions of the Los Angeles police since then, I know I could have been brutally beaten.

In the 1980s, I was driving home from a rehearsal of my play “Mother Hubbard” when the Berkeley police officers came bearing down on me. They said that somebody had robbed somebody. I was so tired I told them that I didn’t feel like robbing anybody that night. When they found out who I was, they sped away.

Years later, when I arrived at John Wayne Airport, in Orange County, Calif., as a guest of the California Institute of Technology, three officers followed me and the two professors, my escorts, into the parking lot. They identified themselves as narcotics detectives. They wanted to know why I’d chosen a different exit from the other passengers. The explanation was simple: The other passengers had to pick up their luggage while I had only a carry-on; I was scheduled to return to Oakland, Calif., the same day. But the situation got tense. One of my escorts, the professor and magazine publisher Kofi Natambu, said he thought that it was “going to go down.” Did I insist upon my rights like Sandra Bland did when she was harassed by the police? No, I showed them the contents of my bag because I didn’t want them to plant narcotics on me en route to the police station.

I’ve had a number of encounters with the police since then. They’ve occurred mostly at traffic stops, even near the campus police at the University of California, Berkeley where I taught for 36 years. I’ve been followed by campus security at the California College of the Arts where I now teach.

I’m well aware that the privileged white males who monopolize the news and opinion space would probably call me paranoid. The legal analyst Jeffrey Toobin has written that racism in law enforcement, which he admits has “persisted for many decades of American life,” has “led to a tradition of black hostility to officialdom,” and “fostered a mode of conspiratorial thinking that outstrips reality.”

But having lived in an Oakland ghetto for 40 years, I’ve seen a side of the police that has escaped the scrutiny of those who comment about race from Cambridge, Mass., and the Georgetown section of Washington. In my neighborhood, before it became gentrified, black residents were often pulled over for not coming to a full stop. Once, when it happened to me, my fine was $100. When I arrived at the Oakland courthouse, I found that all of those who were there to pay penalties were either black or Latinx.

Not long ago, my wife and I decided to take time off from errands to take a walk in Oakland’s lovely Mountain View Cemetery, a well-known landmark. I was lying on the grass before a mausoleum. It was a beautiful California day. Next to me was a bed of roses. I had Randi Rhodes on my earphones. Perfect. Here come the cops. I pointed them out to my wife. She said “maybe it’s a coincidence.” I told her that when we left they’d leave, too. Which is exactly what happened.

Ishmael Reed is the author of “Why No Confederate Statues in Mexico.”

Very heavy rainfall likely to continue over Gujarat, Goa and Maharashtra for next 24...

Reflections of a Wedding Singer