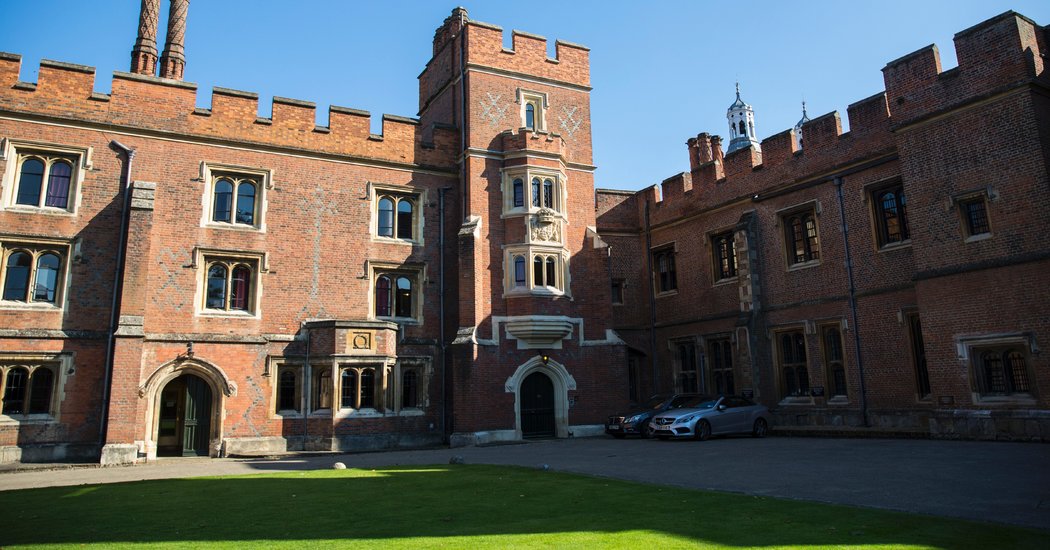 LONDON — The principal of Eton College, one of Britain’s most storied boys’ schools, which dates its founding to the 15th century, said on Tuesday that he was “appalled by the racism” that one of the school’s first black students experienced in the 1960s.

That reaction was far different from the one the student, Dillibe Onyeama, had initially received after a book he wrote detailing the racist treatment he endured at the school was published in 1972.

In an interview with the BBC published on Tuesday, Mr. Onyeama said that soon after the book came out, he was informed that he would no longer be allowed to visit Eton.

“As far as the school saw it, I was indicting them as a racist institution,” he told the broadcaster.

His book offered a vivid picture of the racist taunts he endured, including classmates attributing his bad grades to his race, accusing him of cheating and attacking his mother.

In his book, Mr. Onyeama recalled being asked, “Has your mother got a bone through her nose?”

The BBC interview spurred the school to issue the apology.

Simon Henderson, who has been the principal at Eton since 2015, said in a statement that his priority was for the college to be an “inclusive, compassionate and supportive community for all our pupils.”

Eton College, which is near Windsor, west of London, was founded by King Henry VI in 1440 and is well known for educating the elite in Britain — Princes William and Harry attended, as did many of Britain’s past prime ministers, including current Prime Minister Boris Johnson. Justin Welby, the archbishop of Canterbury, is another former student.

Mr. Henderson said that “significant strides” had been made since Mr. Onyeama was at Eton, “but — as millions of people around the world rightly raise their voices in protest against racial discrimination and inequality — we have to have the institutional and personal humility to acknowledge that we still have more to do.”

Black pupils currently account for six percent of the student body at Eton. Black, Asian, and minority ethnic pupils as a whole comprise a total of 19 percent.

Mr. Henderson said that he would like to meet Mr. Onyeama who, according to his Facebook profile, lives in Nigeria.

“I will be inviting Mr. Onyeama to meet so as to apologize to him in person, on behalf of the school, and to make clear that he will always be welcome at Eton,” Mr. Henderson said.

The Anthem Debate Is Back. But Now It’s Standing That’s Polarizing.

Why Crying Is Healthy

The Fed Enabled a Record Expansion. Trump Is Taking Credit.