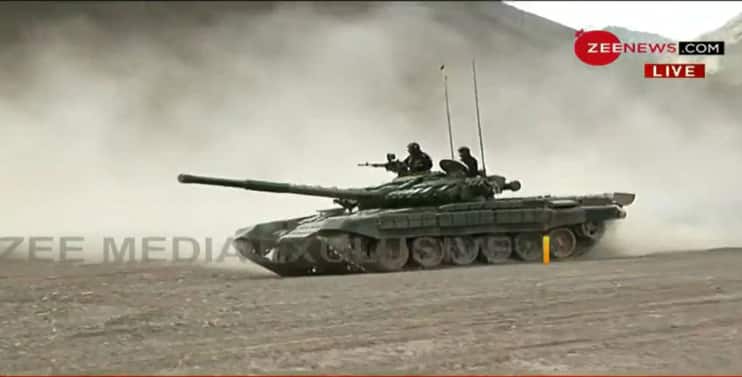 New Delhi: Amid ongoing border row with China following violent clashes in the Galwan Valley along the Line of Actual Control (LAC), India has deployed T-90 Bhishma tank, considered to be the world’s most infallible tank in the world, in the eastern Ladakh region, according to Zee News.

Indian Army deployed T-90 Bhishma Tank earlier this month as part of its preparations to respond to any challenge posed by China. In the war-like situations, India has also given a clear message that the encroachment on the Sino-India border will no longer be tolerated.

The deployment of T-90 Bhishma also conveyed India’s hidden message of gaining an edge over strategic and tactical terms. According to reports, border tension with China started in the month of May as China has started bringing armored vehicles.

China has T-95 tanks which are almost similar to T-90 tanks, which can give a befitting reply to any misadventure on part of China.

Other features of T-90 Bhishma Tank

Notably, T-90 Bhishma Tank can move faster on the sandy ground. China’s highway is just 50 km away from Demchouk and Spangur Gap. Indian tanks can easily target Chinese tanks from the current deployment of this deadly weapon.

Considering Indian vigilance on the border, Councilor of Pangyang area K Stanzin, who returned from Pangyong two days ago, told Zee News that the army has been deployed in large numbers in many areas including Paigyang.

“Things are normal in rural areas, our claim is up to Finger 8. We do not accept the Chinese border with Pangyong, rather, we should it Tibet border,” he added.

‘Welcome to the New World,’ by Jake Halpern and Michael Sloan: An Excerpt

D.O.J. to Urge Rolling Back Legal Shield for Tech Companies

‘The Pandemic Is a Prisoner’s Dilemma Game’