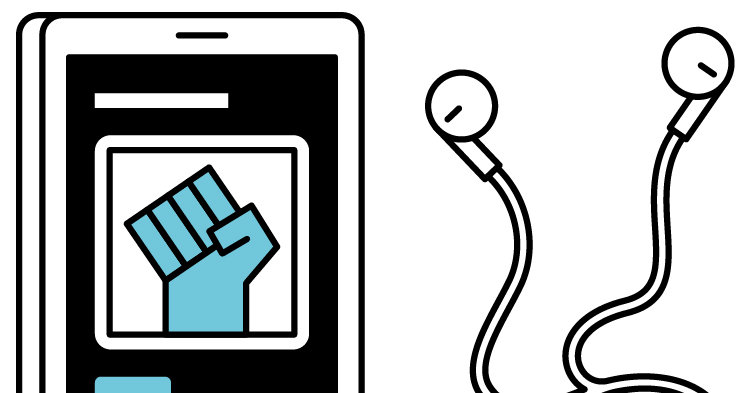 As a medium without visual biases, podcasts give you permission to listen in on other people’s lives by dropping you into the room for a deep conversation or taking you along on someone else’s journey. They can bring you perspectives that may have otherwise been inaccessible and allow you experiences other than your own.

The podcasts here are guaranteed to add a little more context to the protests you are seeing on your screens. Find each in your listening app of choice.

With their insightful storytelling, the radio veterans Leila Day and Hana Baba chart the many ways, and meanings, of being black. Every episode of “The Stoop” points a journalistic lens at a different facet of black life in all its variety. The hosts tackle the real challenges, like navigating homophobia in black spaces or finding a place as a black woman in a diverse Muslim community.

Come Through With Rebecca Carroll

The first episode of this WNYC show was uploaded in early April. It was presciently timed: This podcast promises “essential conversations” about race in America, and it absolutely delivers. The journalist Rebecca Carroll interviews guests like the actress Issa Rae, the activist Brittany Packnett Cunningham and Robin DiAngelo, the author of the book “White Fragility,” about the very topics the current moment calls for: activism, freedom of speech and finding a way to keep the faith when the world has worn you down.

In the aftermath of the 2014 killing of 18-year-old Michael Brown in Ferguson, Mo., several St. Louis Public Radio reporters began investigating the reasons behind the months of unrest that put Ferguson in the national spotlight. In the years since, they’ve widened their reporting to encompass the entire St. Louis region, with each new season revealing the intersections of race, class, power, poverty and the often-invisible ways systemic oppression dictates the way we relate to one another.

The View From Somewhere

What does it mean to be “objective” as a journalist today? And how has this idea of neutrality been used to exclude marginalized voices? The journalist Lewis Raven Wallace offers a powerful interrogation in the era of “fake news” and “alternative facts.” Through interviews with journalists and stories from marginalized and oppressed groups, this serialized show will change the ways you view your media diet, and help you understand better what you consume. In particular, pay close attention to Episode 2: “How Black Lives Matter Changed the News.”

That’s the number of American adults with a criminal record. It’s also nearly a third of all adults in the United States. In each episode, the journalist Mitzi Miller tells a different story of the lived experience behind criminal-justice policy choices, and of the people, neighborhoods, counties and cities trying to break cycles of incarceration. Miller doesn’t just share the pain caused by mass incarceration; she documents what’s working to fix the system.

There’s a reason this 14-part history and interview series often shows up on lists of podcasts that help explain the present moment. The host John Biewen turns the focus of conversations about race toward whiteness. The show’s second season finds answers to challenging, under-examined questions like, where did the idea of “whiteness” come from? Or as the scholar (and one of the hosts of the excellent history podcast “Uncivil”) Chenjerai Kumanyika, asks Biewen, “How attached are you to being white?”

How a string of failures led to the attack on the Capitol.

Surprise! Justice on L.G.B.T. Rights From a Trump Judge