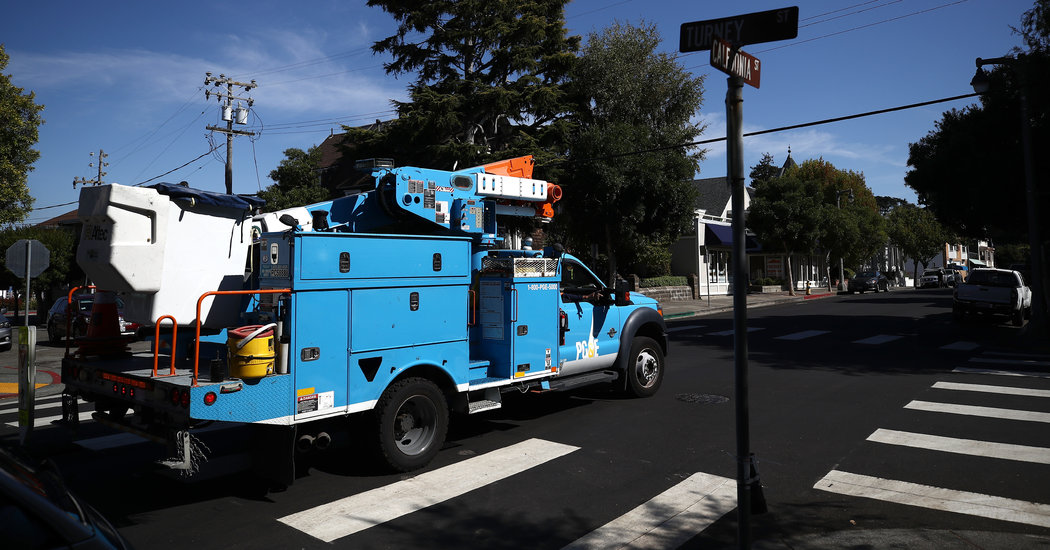 Pacific Gas & Electric, California’s largest utility, emerged from bankruptcy on Wednesday and put $5.4 billion in cash and 22.19 percent of its stock into a trust for victims of wildfires caused by the utility’s equipment.

The utility exits bankruptcy as a new company with a restructured board of directors and an interim chief executive officer, Bill Smith. The chief executive who led it for much of the last year, Bill Johnson, retired on Tuesday.

PG&E sought bankruptcy protection in January 2019 after accumulating an estimated $30 billion in liability for fires started by its poorly maintained equipment. One of the blazes, the 2018 Camp Fire, killed scores of people and destroyed the town of Paradise.

With its bankruptcy behind it, PG&E is hoping to recast its public image. It has pledged to state lawmakers and regulators that it will improve safety and compensate wildfire victims. To that end, the company paid most of the money it owes under a $13.5 billion settlement into a trust fund that will compensate the tens of thousands of people who lost homes and businesses in wildfires.

The $13.5 billion will be evenly split in cash and company stock; PG&E will deposit the remaining cash into the fund in 2021 and 2022. A trust administrator will issue payments to victims and sell the stock over time.

“This is an important milestone, but our work is far from over,” Mr. Smith said in a statement. “Our emergence from Chapter 11 marks just the beginning of PG&E’s next era — as a fundamentally improved company and the safe, reliable utility that our customers, communities and California deserve.”

The conclusion of its bankruptcy also enables PG&E to join a $20 billion wildfire fund created by the California Legislature last year. The company, along with other investor-owned utilities, will be able to draw from the fund to pay for damage caused by future wildfires. Investors considered PG&E’s ability to participate in the wildfire fund critical to the company’s financial stability.

Last month, the company pleaded guilty to 84 counts of involuntary manslaughter for the deaths in the Camp Fire, the second time prosecutors have successfully brought felony charges against the company. In 2015, PG&E was convicted of six felony counts related to a gas pipeline explosion that killed eight people in the Bay Area town of San Bruno.

Conor Lamb, House Moderate, on Biden’s Win, ‘the Squad’ and the Future of the...

Woman Sues Takeoff, Member of Migos, Accusing Him of Rape

Duterte Lashes Out at Facebook After It Takes Down Fake Accounts