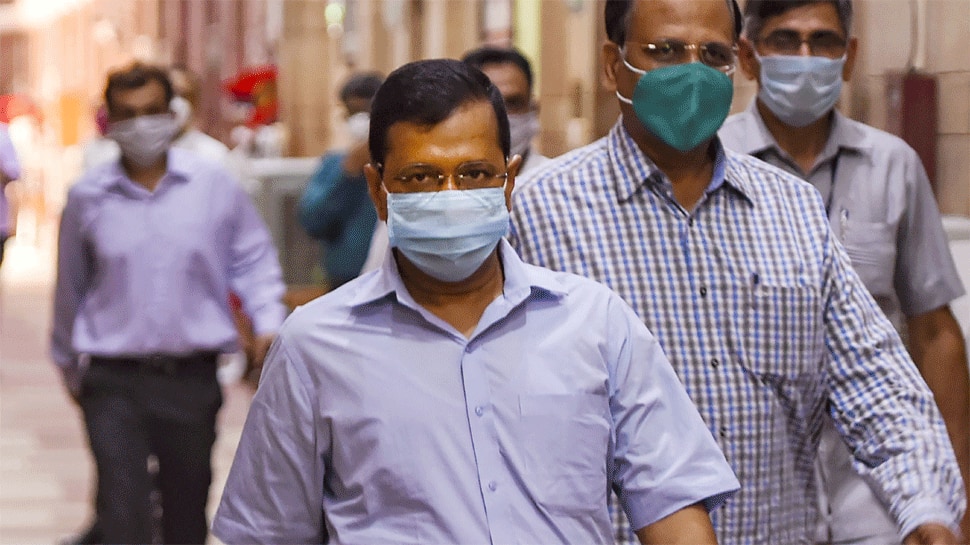 New Delhi: Delhi Chief Minister Arvind Kejriwal on Sunday (July 5) said that nearly 10,000 beds for coronavirus infected people are free in the national capital since more and more people are getting cured at home.

“Less and less people in Delhi are now requiring hospitalisation, more and more people are getting cured at home. Whereas there were around 2,300 new patients daily last week, no of patients in hospital has gone down from 6,200 to 5,300. Today, 9,900 corona beds are free,” the Chief Minister said.

The COVID-19 positivity rate in Delhi has declined to 10. 58 per cent after rising to nearly 37 per cent, and the average number of cases has also dropped by almost 1,000 over the previous week, indicating a welcome trend, though experts have cautioned the people against lowering their guard.

According to a bulletin issued by the Health Department, 2,505 fresh cases were recorded taking the tally to 97,200 on Saturday. With 55 fresh fatalities, the death toll now stands at 3,004.

Meanwhile, as Delhi significantly ramped up testing, more than 45 per cent of the over 5.96 lakh COVID-19 tests in Delhi were conducted in the last 16 days, following the use of rapid-antigen methodology in and around containment zones of the national capital, said a PTI report.

Prop 22 in California Is a Bad D

As Europe’s Economies Reopen, Consumers Go on a Spending Spree