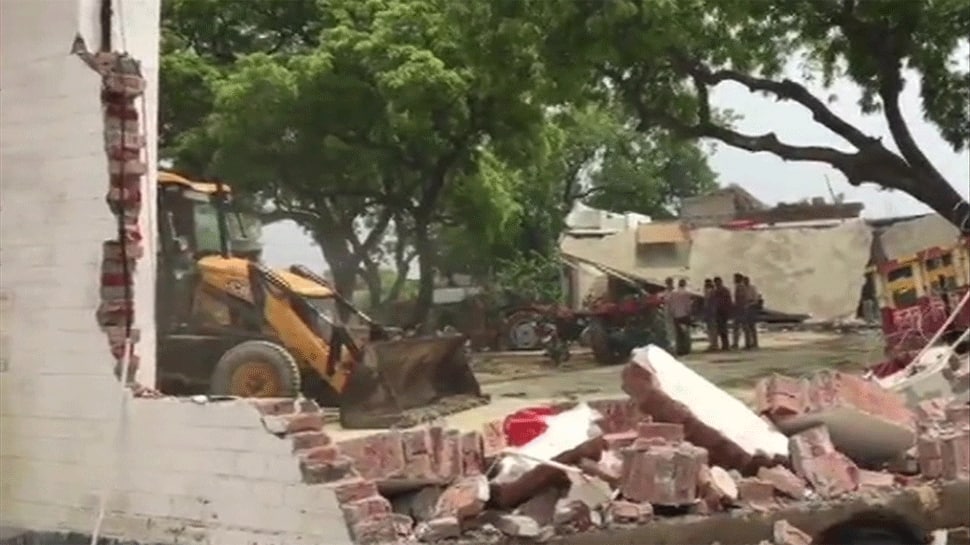 Kanpur: The Uttar Pradesh government has appointed Lucknow range IG Laxmi Singh to investigate the role of police personnel in Kanpur encounter case that claimed lives of at least eight policemen including DSP Devendra Mishra. According to reports, Singh, who reached Kanpur on Tuesday (July 7), will probe links between wanted gangster Vikas Dubey and police personnel.

The case was initially investigated by Kaknpur ADG JN Singh.

A probe has also been launched against Kanpur former SSP Anant Dev Tiwari for allegedly ignoring martyred CO Devendra Misrha’s letter for taking action against Chaubepur SO Vinay Tiwari. The case of the letter, purportedly written by Mishra in the month of March this year had reportedly pointed out towards a nexus between SO Vinay Tiwari and gangster Dubey to the then SSP Anant Dev. The letter has been widely shared on social media; however, police have maintained that it is not traceable and efforts would be made to locate it.

Tiwari along with a few other officials of Bilhaur, Kakwan and Shivrajpur police stations have also come under suspicion of having a nexus with the gangster and providing him a shield against any police action.

The Special Task Force today detained and questioned Jai Bajpai, a close aide of Dubey, who is believed to have taken care of all his financial transactions. The police detained him from his residence in Kanpur and carried out a search at his house.

Meanwhile, Uttar Pradesh Police has intensified its search for Dubey and his associates and a close watch is being kept on inter-state and Indo-Nepal border, to nix any possibility of gangster’s arrest.

Police have also issued posters of 15 associates of Dubey who are believed to have been part of the encounter that left eight policemen dead in the village of Bikru—in the Choubepur suburb of Kanpur district. The bloodbath had taken place on July 3 morning.

In a related development, the Kanpur police is on hot pursuit of Vikas Dubey’s wife Richa Dubey, who is said to have fled the house in Bikru village with her son, minutes after the bloodbath took place. Sources said that the police have recovered her mobile phone during a search of the house and it has been found that the phone was connected to the CCTVs installed in Dubey’s house. The police have already contacted all relatives of Richa but she is nowhere to be found, even though she is a member of the zila panchayat.

Almost four days after the ambush, gangster Vikas Dubey has not been arrested by the police. The reward on him has been increased from Rs 25,000 to Rs 2.5 lakh.

The instant polls suggest that Biden won the debate.

Since the defense secretary opposed quelling civil unrest with troops, his days with Trump have been numbered.

This is why Trump won’t stop criticizing New York City.

Tasmania Whale Rescue Ends With 108 Saved and Over 300 Dead

The instant polls suggest that Biden won the debate.

Since the defense secretary opposed quelling civil unrest with troops, his...

This is why Trump won’t stop criticizing New York City.