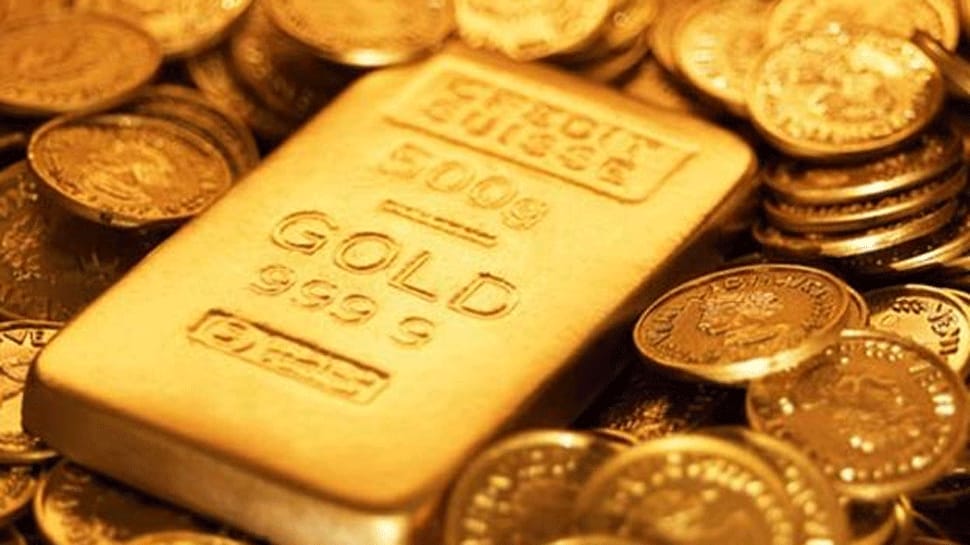 Kochi/Thiruvananthapuram: Customs on Monday arrested a man, who claimed himself to be a former employee of foreign country’s consulate in Kerala, in connection with the seizure of gold worth over Rs 15 crore from a “diplomatic baggage” at an airport in the state.

The man was arrested following his interrogation in connection with the seizure of gold from the diplomatic baggage from Thiruvananthapuram international airport on Sunday, the Customs officials said.

The gold weighing over 30 kg was seized from a diplomatic baggage that had landed by air cargo at Thiruvananthapuram international airport recently.

The Customs has said it suspected a smuggling syndicate had misused the name of a person who enjoys diplomatic immunity.

On Monday, Customs personnel said they were looking for a woman, also claiming herself to be a former employee of the consulate in Thiruvananthapuram, in connection with the case.

Meanwhile, the opposition Congress and BJP alleged the woman was now working in the state IT department and sought a CBI probe as they targeted Chief Minister Pinarayi Vijayan, who holds the portfolio.

Vijayan said he was unaware of the factors behind the appointment of the woman and would look into the matter.

Customs officials said the arrested man appeared to be involved in the “illegal trade” and “handled fictitious kinds of documents” in connection with the case.

According to them, the man did not cooperate with the agency in the investigation, which is a criminal offence. “Law says if somebody is guilty of offence in an illegal trade involving over Rs 1 crore, then he has to be produced before the magistrate for judicial custody. We are doing that,” Customs Commissioner (Preventive) Sumit Kumar

Officials said the man had not been working for the consulate for at least one year.

“Prior to that he claims to be an employee of the consulate. He had some fake, old identity card. But during the process he had been operating on behalf of the consulate, misleading people. He even had called senior officials using his fake ID,” official sources said.

Earlier in the day, a senior customs official, who spoke to PTI on condition of anonymity, said they were also investigating how unauthorised people can be associated with the clearance of the cargo.

The investigation would also look into the possible role of any employee of the consulate, the official added.

“Right now we are investigating how can unauthorised people be associated with official clearance of diplomatic cargo. How come former employees of the consulate handled the consignment, who sent it from outside and whom it was meant to be given to”, the official said.

Noting that suspected smuggling of gold worth over Rs 15 crore was not by “a small chain”, the official said it was very clear that the cover of diplomatic consignment was being used for the purpose.

“Even then they had done deep concealment. Without information no way we could have made the seizure”, the official said.

Airport sources had said the gold was concealed in a baggage consisting of bathroom equipment.

In Thiruvananthapuram, senior Congress Leader Ramesh Chennithala sought a CBI probe into the matter alleging that the Chief Minister’s Office had “become a den of criminals”, a charge rejected by Vijayan.

State BJP chief K Surendran claimed the customs authorities had received a call from the CMO soon after the seizure.

The IT department is under the Chief Minister and his Principal secretary M Sivasankar holds additional charge of Secretary of the department also.

When the media sought his response to the charges of the opposition leaders, the Chief Minister said he was not aware about the factors behind the woman’s appointment and the matter would be looked into.

“This was a major haul that happened in the Thiruvananthapuram International Airport. I would like to congratulate the Customs team that monitored the smuggling activity and seized the gold. It seems like they have details of those involved in the matter and the Customs will act soon,” Vijayan said.

Dismissing the BJP chief’s charge that the CMO was involved in the matter, Vijayan said his office had never entertained anyone involved in any sort of corruption and the people of the state know that. He also said that those involved would not be able to escape and would be brought to justice.

Chennithala alleged the Chief Minister’s Office tried to interfere in the matter.

“A criminal gang is operating in the CM’s office. The chief minister should clarify about the persons from his office who allegedly tried to interfere in the investigation.

“The IT department is directly under chief minister. How does a person facing a crime branch probe get a job in the department? I demand a CBI probe to bring out the matter,” Chennithala said.

The BJP chief also alleged the woman was earlier questioned by the crime branch in another case and sought to know how she was appointed in the IT department.

However, official sources said the woman appointed as coordinator on contract for six months in the Space Park under the IT department has been sacked in the backdrop of her name cropping up in the gold smuggling case.

The Long, Unhappy History of Working From Home