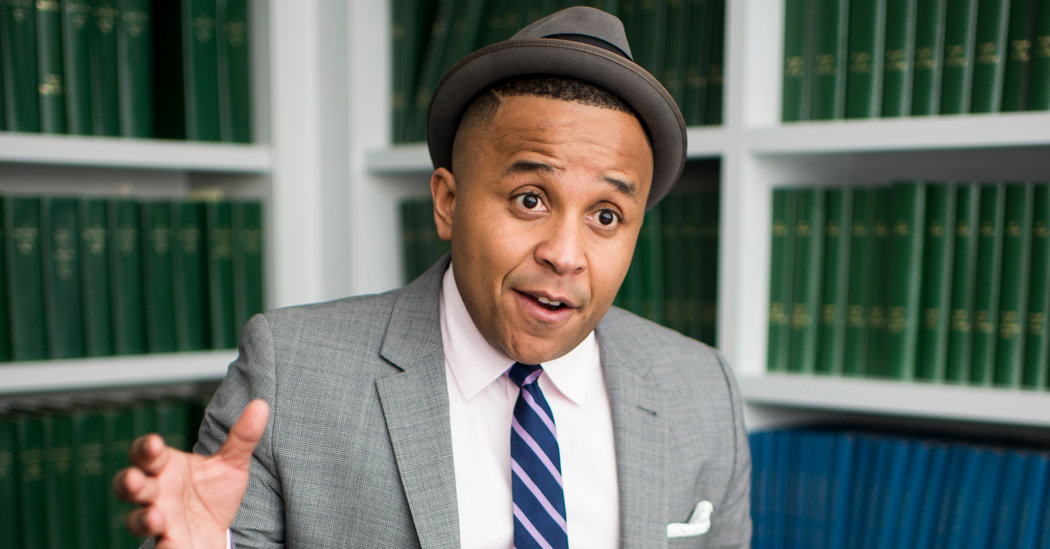 Facebook’s long-awaited civil rights audit is now public and it isn’t flattering. The 100-plus-page report laid bare many of the issues facing the platform — that Facebook does not fully understand how its algorithms drive hate, that anti-Muslim speech is “rampant,” that Facebook’s reforms never fix the problem — and warned the company may “driving people toward self-reinforcing echo chambers of extremism.”

The very existence of the audit is the work of civil rights and civil society activists, who’ve pressured the company for years to remove hateful content. Rashad Robinson, the head of the civil rights group Color of Change, has been one of the leaders of this push as well as one of the vocal backers of Facebook’s recent advertiser boycott. In recent months he’s met numerous times with Facebook executives, including Mark Zuckerberg, over the company’s inability to reign in bigotry and misinformation on the platform and its failure to diversify its work force.

I spoke to Mr. Robinson after his recent meeting with Mr. Zuckerberg about the audit, about whether Facebook can be reformed and about his nightmare scenarios for Election Day. The conversation has been edited for length and clarity.

You met with Mark Zuckerberg and Facebook over Zoom on Tuesday and told my Times colleagues, “They showed up to the meeting expecting an A for attendance. Attending alone is not enough.” Do you think Facebook actually understands this problem?

It’s so frustrating. We are doing a lot of work for a multibillion-dollar company and it’s just always dispiriting we have to do this for them because they won’t do it for themselves.

Mark was talking about how much hate they’re catching and throwing this number out: 89 percent [that the company catches 89 percent of hate speech before it is reported by users]. And I was like, “Come on. Even I see this stuff on my feed and my algorithms are pretty trained around progressive stuff.” And I tell you that to say that what they’re doing is gaslighting. You’re in these meetings and you’re listening to them explain their rationale and thinking, “Nope, that’s not how this works.” And you’re left with this choice: Do I argue with the very premise that they don’t seem to understand the actual problem of their platform? Or do I argue with the number — that catching only 89 percent of hate isn’t something to be happy with?

It’s hard to know how to engage when the problems are so big and glaring. I recently wrote a column suggesting that Facebook is beyond reform. How are you thinking about reform and what to do about the company if it won’t change on its own?

I believe we’re not going to win this fight through policies that Facebook puts in place. Yes, there are things Facebook could do tinkering on the margins. And, honestly, the only reason I’m at the table is because we don’t have the legislative and regulatory levers to pull right now. So I feel I need to be there. But the big fixes need those levers.

If there were not rules of the road for car companies around safety and seatbelts we wouldn’t get safety from the auto industry just because. They’d probably say things like Facebook says right now. “89 percent of seatbelts work!” And we’d say, ’that’s not good enough!’ And they’d say, well it’s a B-plus!’ The point is that there are regulations enforcing that accountability that Facebook does not have.

You were instrumental in pushing Facebook for a public civil rights audit. What’s your reaction to the audit?

The audit speaks to just how much Facebook’s incentive structure is broken. I keep thinking about the fact that the decisions around political speech and violations to rules goes through the team at the company that is the most political — who are in charge of dealing with lobbyists and Washington operators like Joel Kaplan [Facebook’s vice president of global public policy and a former Republican staffer and lobbyist].

And so then they consistently say things to me like, “Well, you just don’t like Republicans.” And I say, “I don’t think these issues should go through anyone who is primarily a political animal and operates inside D.C. politics.” I won’t pretend there are two equal sides of the issue. Joel Kaplan has political leanings that would make it harder for my grandfather to vote. And so if you put him in charge of voter suppression content, that’s an issue.

I agree. I think his politics are basically just Facebook. The Chan-Zuckerberg Initiative does some good work. They are involved in some things that matter to me politically. I think he’s involved in that, too. And he does personal mentoring work with Dreamers in East Palo Alto. I think his politics are Facebook first and Joel serves as a gateway to a world he needs to be connected to. He serves a very clear purpose at the company and that’s connecting Mark to power.

Do you agree with the criticism that Facebook is more afraid of angering or alienating conservatives than liberals and that this drives a lot of their policy around speech?

I think conservatives are just unafraid to go after Facebook. They don’t see Mark and Sheryl [Sandberg] as their people. But the Democrats have a tougher time with corporate accountability because they want to believe these people share their values. And, socially, Mark and Sheryl do share them. I like Sheryl and I feel like a lot of the attacks on her are gendered. She is earnest, personable, smart. I don’t feel like she’s a bad person. But that doesn’t mean I trust what is coming out of her mouth. I know what her job is.

Now that the audit is out, what’s the next step?

Well, Mark will testify in front of Congress on antitrust soon and that has to be a big moment. Right now we’re monitoring what he’s saying to companies around the ad boycotts.

Right, but I guess what I’m saying is that it seems like it’s just another cycle like we’ve had before. They’ll get some bad P.R. but see few consequences. Personally, as a journalist I struggle at where to go with Facebook. It seems tinkering with banning a group here or an ad here isn’t going to cut it.

Honestly, there is an election and I need to get them to enforce the policies on the books before the fall.

I need them to have some real rules around elections and voter suppression posts that actually will apply to Trump and other politicians so he doesn’t do anything dangerous on Election Day or before. I have a bunch of scenarios in my head around Election Day.

Like, claiming victory early. Claiming tons of people are voting illegally and threatening that armed guards will show up. Or claiming discrepancies in turnout that don’t exist. Or signaling and calling on his base to do something like show up to polls and intimidate voters. That’s what his whole ‘looters and shooters’ post was about.

And I had to really explain that looters and shooters post to Mark on two separate occasions. And I had to say, “This conversation right here is the problem with you all not having any expertise in race.”

[A draft of the civil rights audit obtained by The New York Times cited this post: “After the company publicly left up the looting and shooting post, more than five political and merchandise ads have run on Facebook sending the same dangerous message that ‘looters’ and ‘Antifa terrorists’ can or should be shot by armed citizens.”]

Can you say more about that conversation?

We got into it around looters and shooters. They were trying to explain to me their policies and suggesting this was a head of state merely talking about the use of state force. And I was like, “Was that really what he was doing? Was it that or was it signaling or dogwhistling?”

I referenced the history of this language and how Trump has repeatedly cheered on his white male supporters who have showed up to protest situations strapped with guns. Trump has already called vote by mail illegal, which isn’t true. This is just another example of the dangerous ways the Facebook policies and algorithms are weaponized against us when elected leaders are allowed to lie and even incentivized to do so. I have to keep hope that we can get through to Mark and his team and that there’s potential for some new policies around voter suppression.

Is the leadership at Facebook the problem? Do you feel that the company is pushing for real reform but the executives are the ones who blocking it?

With Mark there are moments when he just doesn’t understand something around the implications of race. This is why a single person shouldn’t control something that’s talked about as a public square. He’ll always have deep blind spots. He’ll naturally and unknowingly de-prioritize things that aren’t connected to his own experiences.

The Times is committed to publishing a diversity of letters to the editor. We’d like to hear what you think about this or any of our articles. Here are some tips. And here’s our email:letters@nytimes.com.

Where Is the Outrage?