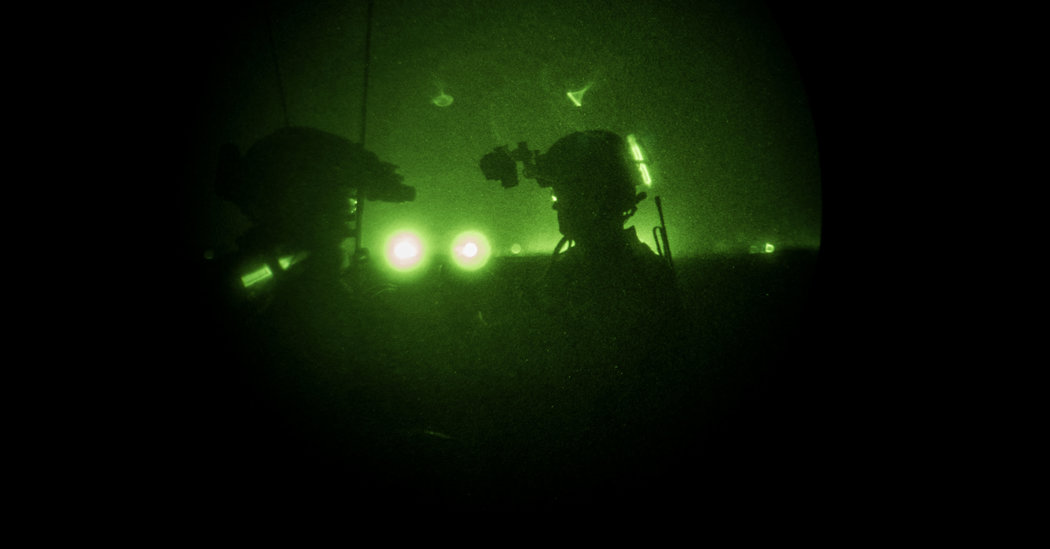 WASHINGTON — A female National Guard soldier graduated from Army Special Forces training Thursday and earned the title of Green Beret, marking the first woman to do so since the Pentagon opened all combat jobs, including those in the Special Operations community, to women in 2016.

The New York Times first reported the women’s ascension through the roughly yearlong course in February. The woman, an enlisted soldier, was on track to graduate in April but was forced to repeat part of the training before continuing to the final portion, known as Robin Sage, which tests the candidates on a range of skills considered essential to becoming a Green Beret, according to military officials.

The soldier’s name and other biographical information have been withheld by the Army for personal and operational security reasons as she enters the secretive Special Operations community.

But her socially distant graduation, absent of families and held in a hangar at Pope Army Airfield on Fort Bragg, N.C., is a landmark moment, as the Green Berets were one of the last assignments in the Army without any women. In February, there was at least one other woman, a medical sergeant, going through Special Forces training.

The Army, along with the Marines, has slowly filled previously restricted roles with women in recent years. Though more than 700 women in the Army are in previously restricted jobs, a position in the Special Operations forces, with its crushingly high physical standards, had long been considered by some as unattainable for women.

In 2017, a woman was accepted into the Army’s 75th Ranger Regiment, an elite light infantry unit under the Joint Special Operations Command. More than a dozen women have graduated from the Army’s grueling Ranger school in Georgia.

In 1981, before all combat jobs were open to women, Capt. Kate Wilder, graduated from Special Forces training. She was forced out by her superiors in the final days of her course, even though she had passed it in its entirety. The Army investigated the incident in the following months and subsequently sent her a graduation certificate dated for Aug. 21, 1980.

But Captain Wilder never joined the Green Berets. She left the Army in 2003 as a lieutenant colonel.

The newly graduated soldier, who is now a Special Forces engineer sergeant, was one of only a handful of women to have passed the initial 24-day assessment program that acts as a screening process before Special Forces training. The screening regimen tests candidates on fundamental military skills, including land navigation and marching with heavy combat gear, before they are evaluated by Special Forces supervisors known as “cadre.”

Following the initial screening, candidates enter the qualification course, or Q Course. Its length depends on the soldier’s military job, which for the Green Berets includes specialties such as intelligence and operations, weapons, medical, engineering and communications.

Last month, Special Forces students in the Survival, Evasion, Resistance and Escape course at Fort Bragg were quarantined, along with dozens of other infected soldiers, after the coronavirus tore through their ranks. More than 80 out of roughly 110 students tested positive for the virus.

The Army Special Forces, known colloquially as the Green Berets, were lionized by President John F. Kennedy at the outset of the Vietnam War, where the small Army teams meshed with local Vietnamese troops and militias to shore up their protection and fight insurgents in the country’s hinterlands.

That model has been replicated in the decades since, with Green Berets deploying to countries like Iraq, Afghanistan, Syria, Somalia and Niger since 2001.

Buried in Salt, These Potatoes Are a Joy to Eat