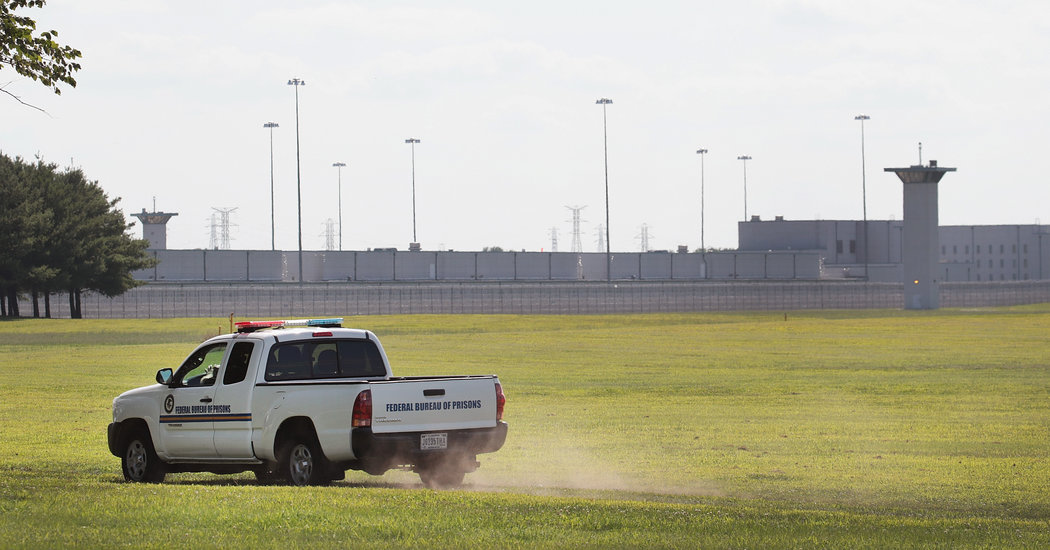 WASHINGTON — With the Justice Department scheduled on Monday to carry out the death penalty for the first time in 17 years, a federal judge in Indiana temporarily suspended the plan on Friday after family members of the victims sought a delay, saying they could not safely travel to witness the execution because of the coronavirus.

Daniel Lewis Lee, 47, is set to be executed on Monday for his part in the 1996 murder of a family of three, bringing an end to an informal federal moratorium on carrying out the death penalty. But this week, family members of his victims filed a lawsuit, asking the Justice Department to hold off until the risk of the pandemic had subsided.

Jane E. Magnus-Stinson, the chief judge for the United States District Court for the Southern District of Indiana, issued a preliminary injunction on Friday, arguing that the needs of the victims’ family outweighed the need for a speedy execution.

The Justice Department immediately filed an emergency appeal to allow the execution to be conducted as planned.

One of the family members, Earlene Branch Peterson, 81, who lost her daughter and granddaughter to Mr. Lee’s crimes, has congestive heart failure, among other underlying conditions. Monica Veillette, 43, a niece and cousin to the victims, is asthmatic, and Ms. Veillette’s mother, 61, has underlying health conditions that predispose her to the virus, they said in their suit.

They argued that traveling hundreds of miles from their homes in Arkansas and Washington State and entering the federal penitentiary in Terre Haute, Ind., where the execution is to be carried out, would make it dangerous for them to attend.

“I can’t understand why in the face of a roaring national pandemic the government would seek to put the people who have the right to be there” in harm’s way, said Baker Kurrus, the family’s lawyer.

Many states have postponed executions during the pandemic. But Attorney General William P. Barr announced last month that the Justice Department intended to proceed with four federal executions, with Mr. Lee’s being the first.

Until recently, lawyers for the inmates scheduled to die were unable to see their clients in the months leading up to their scheduled execution dates because the prison barred visits from outsiders for health reasons. The lawyers said the restrictions impeded their ability to defend their clients.

Some family members of Mr. Lee’s victims, including those now seeking the delay, have long opposed his execution, but they had still planned to attend.

Last-minute attempts to halt scheduled executions are common among inmates on death row. Now, the Seventh Circuit Court of Appeals in Chicago must decide whether to maintain the lower court’s injunction or allow the execution to proceed.

Two other executions are scheduled for next week. In both cases, spiritual advisers for the death row inmates have filed similar complaints seeking delays, citing their own pre-existing health conditions and the risks of traveling to the prison during the pandemic.

Ms. Veillette said the federal government had already booked airline tickets and hotel rooms for her family’s stay near the federal penitentiary in Terre Haute. But Friday’s decision meant that those reservations may no longer be necessary.

She said she celebrated the delay outside in her garden, tending to her flowers.

When the Holocaust Becomes an Obsession

In Milan, Fashion Tries to Go Back to Normal. What Does That Even Mean?