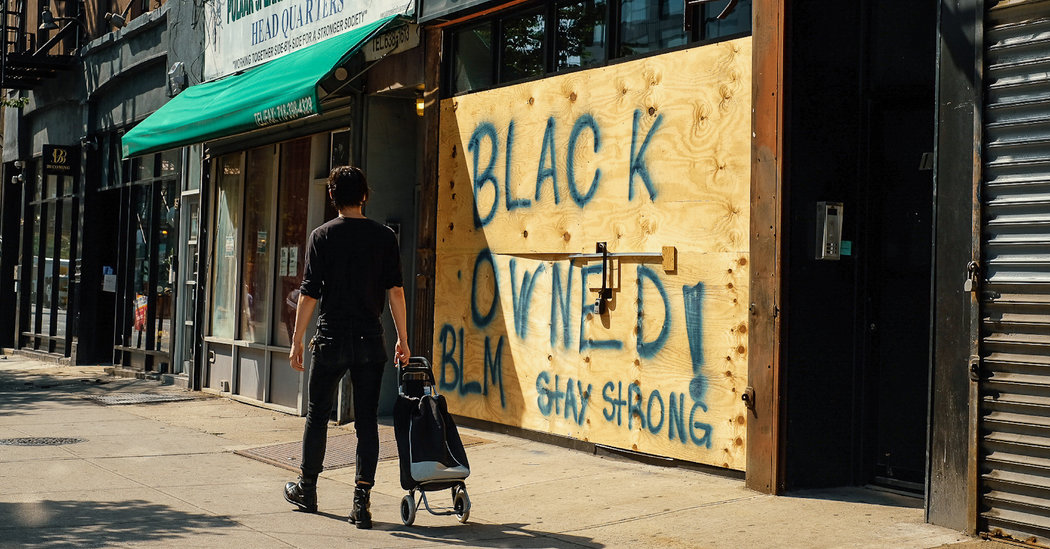 Black business owners are more likely to be hindered in seeking coronavirus financial aid than their white peers, a new study has found.

The study looked at how more than a dozen Washington-area banks handled requests for loans under the federal government’s Paycheck Protection Program. It was conducted by the National Community Reinvestment Coalition, a nonprofit in Washington, in partnership with researchers from universities in Utah and New Jersey.

From late April to late May, the researchers and the nonprofit, which advocates better access to capital for low-income and minority communities, sent pairs of would-be loan applicants to branches of 17 banks. In each pair, a Black borrower and a white borrower shared similar credit and asset characteristics, so the only difference between them was their race. To make the study more conservative, the researchers gave each Black borrower a slightly better financial profile than his or her white counterpart.

The Black borrowers were offered different products and treated significantly worse by employees than white borrowers were in 43 percent of the tests, the study found. Of the 17 banks, some of which were tested through multiple branches, 13 had at least one test in which a white borrower was treated better than his or her Black counterpart. In the rest of the tests, the pairs were treated relatively equally or the difference wasn’t significant enough to count as a violation of fair lending laws, in the researchers’ view.

Critics of the $660 billion program — which was intended to prop up small businesses through forgivable loans — have said that its structure was likely to perpetuate historical inequalities in the financial system, where Black Americans have struggled to obtain credit and capital.

Since the government didn’t begin collecting data on the race and gender of aid recipients at the outset, it is nearly impossible to use data recently released by the Treasury Department to determine whether Black business owners were approved for loans as often as white business owners.

The researchers did not name the banks because while their findings were statistically significant as a whole, they did not amount to proof of a pattern of discrimination at any one institution. They are described in the study as “randomly selected to represent a broad cross-section of the small-business lending market” and range in size from small community lenders to banks with assets of more than $10 billion.

The study gauged banks’ treatment of potential borrowers by how enthusiastically employees encouraged them to apply for various loans, the kinds of products the employees offered and the type of information the employees asked the borrowers to provide. Researchers found that white customers were told more frequently than Black customers that they would qualify for a loan. Male customers who were either Black or white were told they would qualify for loans more frequently than female customers who fell into either category. Not a single Black female customer was encouraged to apply for a loan by having an employee assure her she would qualify.

“These differences in treatment between white and Black testers are particularly troubling because the combined effect of these various differential treatments may lead to feelings of discouragement and despondency among minority entrepreneurs in the financial marketplace,” the researchers wrote.

In the Second Volume of ‘Hitler,’ How a Dictator Invited His Own Downfall