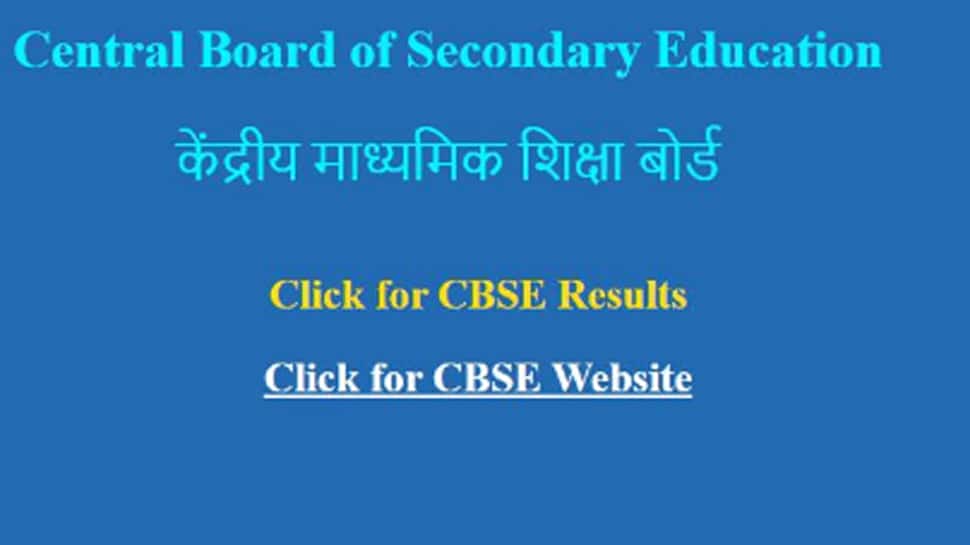 The Central Board of Secondary Education (CBSE) declared the CBSE class 10th exam results today (July 15, 2020) on its official website at cbseresult.nic.in.

Nearly 18 lakh students who have appeared in the CBSE class 10 examination will get their results online at cbseresults.nic.in.

HRD minister Dr Ramesh Pokhriyal Nishank had on Tuesday tweeted that the results will be announced on July 15 and wished the students best of luck.

My dear Children, Parents, and Teachers, the results of class X CBSE board examinations will be announced tomorrow. I wish all the students best of luck.#StayCalm #StaySafe@cbseindia29

On July 13, after the board declared the class 12 results, its website crashed due to heavy traffic inflow. The board has made preparations so that the site crash doesn’t happen again.

As per the Board, the subjects for which exams could not be held, marks will be based on ‘average of best of three subjects’ for which the student has already given the exam. In case a student has appeared for only three papers, the assessment will be made on the basis of the best of two and for limited students who have appeared for only one or two exams, the marks obtained in the internal or practicals will be considered.

Obesity Raises the Risk of Death From Covid-19 Among Men

N.Y.P.D.’s Use of Unmarked Van in Arrest Draws Parallels to Portland

Why Trump’s Blunt Appeals to Suburban Voters May Not Work

We are not anyone`s puppets: Farooq Abdullah`s retort to Pakistan