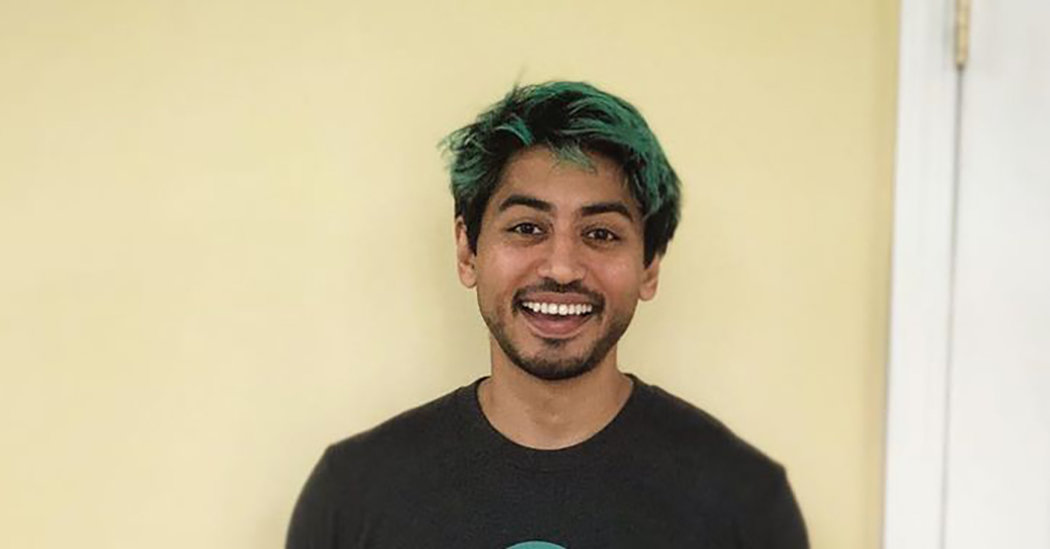 The personal assistant of a young tech entrepreneur who was found decapitated and dismembered in his Manhattan apartment this week was arrested early on Friday and is expected to be charged in the grisly killing, according to two officials briefed on the matter.

The entrepreneur, Fahim Saleh, 33, was discovered dead on Tuesday afternoon by his sister inside his $2.25 million condo in a luxury building on the Lower East Side, the police said. She had gone to check in on him after not hearing from him for about a day.

She found a gruesome scene: Mr. Saleh’s head and limbs had been removed, and parts of his body had been placed in large plastic bags. An electric saw was still plugged in nearby.

The personal assistant, Tyrese Devon Haspil, 21, was expected to be charged in a criminal complaint with second degree murder and other crimes.

Detectives believe that the motive for the killing stemmed from Mr. Saleh having discovered that the assistant had stolen tens of thousands of dollars from him, despite the fact that Mr. Saleh had not reported the man and had set up what amounted to a repayment plan for him to return the money, one of the officials said.

Police were expected to announce the arrest at news conference on Friday.

Investigators have also concluded that Mr. Saleh was killed on Monday, the day before his body was found, and that the killer used his employer’s credit card to pay for a car to a Home Depot, on West 23rd Street in Manhattan, to buy cleaning supplies to sanitize the crime scene, the official said. The killer returned to Mr. Saleh’s apartment the next day to dismember the body and clean up the crime scene.

Detectives believe that the killer, dressed in a black three-piece suit, wearing a black mask and carrying a duffel bag, followed Mr. Saleh off an elevator in his building and into his apartment, a law enforcement official said. He used a Taser to immobilize Mr. Saleh and then stabbed him to death.

Security video taken from inside the elevator shows the killer later using a battery-operated portable vacuum cleaner in an apparent effort to remove any traces of his presence, the official said.

New York City’s medical examiner announced on Thursday that Mr. Saleh had died from multiple stab wounds to his neck and torso. Initially, a law enforcement official had described the killing as a “hit” and said it looked “like a professional job.”

Detectives investigating the murder believe the killer’s work dismembering the body was interrupted when Mr. Saleh’s sister buzzed from the building’s lobby, another official said, prompting him to flee through the apartment’s back door and into a stairwell before the sister arrived.

Mr. Saleh’s family said in a statement on Wednesday that the gruesome killing was so shocking it was unfathomable.

“Fahim is more than what you are reading,” the family said. “He is so much more. His brilliant and innovative mind took everyone who was a part of his world on a journey and he made sure never to leave anyone behind.”

Mr. Saleh was born in Saudi Arabia to Bangladeshi parents who eventually settled near Poughkeepsie, N.Y., a small city on the Hudson River.

After graduating from Bentley University in Waltham, Mass., in 2009, he built an app called PrankDial that allowed users to send prerecorded prank calls. Mr. Saleh said he eventually built PrankDial into a $10 million business.

Mr. Saleh went on to found Pathao, a motorcycle ride-sharing start-up in Bangladesh. He left that company in 2018 to begin a similar venture in Nigeria, an app known as Gokada.

At the time of his death, Mr. Saleh was the chief executive of Gokada and oversaw a shift in its business during a turbulent time. In February, Nigerian officials began enforcing a ban on motorcycle taxis in major commercial and residential parts of the country’s largest city, Lagos.

Gokada was forced to halt its ride-hailing business and laid workers off, but Mr. Saleh pivoted the company to focus on food and parcel delivery and business logistics.

“Fahim’s passion for Nigeria and its youth was immeasurable,” Gokada said in a statement. “He believed young Nigerians were extremely bright and talented individuals who would flourish if just given the right opportunity.”

Mr. Saleh was also the founding partner in a Manhattan-based venture capital fund, Adventure Capital, that invested in similar transit start-ups in Colombia and Bangladesh.

Are Uber and Lyft Drivers Well Paid? It Depends on the Study

Biden, Facing Voters in a 2020 Rarity, Attacks Trump From a Battleground State