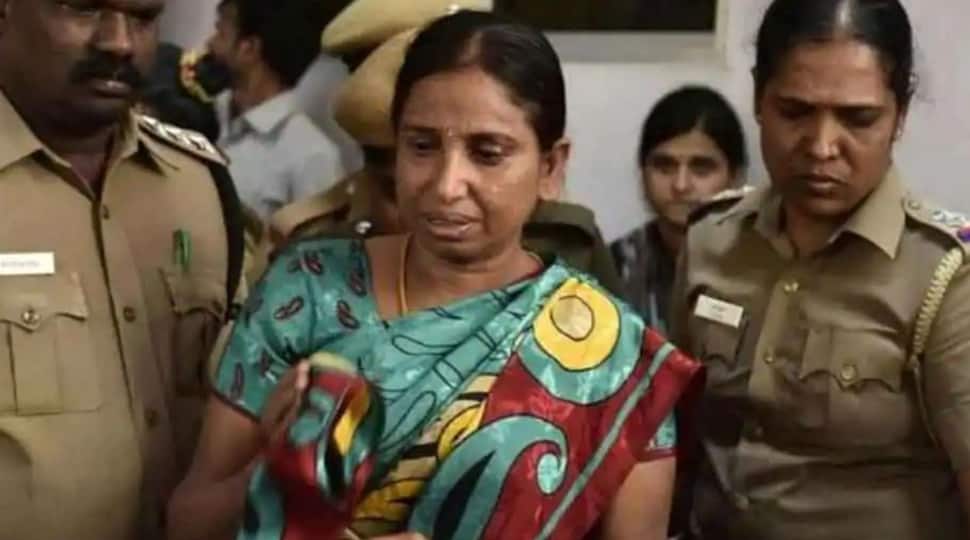 Amid reports of Rajiv Gandhi assassination case life-convict Nalini Sriharan’s suicide attempt at Vellore Special Prison for Women, her advocate Pugalendhi told WION that the preliminary information was not convincing enough to believe that Nalini tried to commit suicide inside jail. “Nalini is a fighter and has endured so much in her 29-year incarceration, I doubt if the reasons stated by officials would lead her to take such an extreme step. She has never done anything of this kind during her nearly 3-decade jail term. Perhaps, there is more to it than meets the eye,” Pugalendhi said.

Pugalendhi said that he received a call at the intervening night of July 20-21 and was informed that Nalini had attempted suicide at Vellore Special Prison for Women. According to Pugalendhi, the jail officials told him that Nalini and another life-convict had a misunderstanding, which later aggravated. Pugalendhi added that the life-convict complained to the jailer about her quarrel with Nalini.

Apparently, the jailer had conducted an enquiry with Nalini at around 8:30pm, after which a disturbed Nalini attempted suicide. While some versions stated that Nalini threatened to take the extreme step, others say that she had attempted suicide by using a cloth.

Pugalendhi stated that tussles between prisoners and wardens taking sides were common occurrences in jails. But he points out certain anomalies – “it is likely that the prisoner might have complained to the jailer before 6pm, when the prisoners are required to return to their cells. If the complaint was made at 6pm, why was it necessary for the jailer to visit Nalini and question her at 8:30pm for what seems to be a normal issue ? After 7pm the jailer doesn’t visit the prisoners who are in their cells, there are only routine visits that happen daily in the morning. What was the need to go in at night and question her ?”

Suspecting that there is more to it than what is being said about this attempted suicide, Pugalendhi talks about the torture and mental agony that Nalini has faced over the last 29 years of her life, which she has spent in jail. He asserts that Nalini has always been a fighter who has stood up for her rights and believed in fighting legal battles. “From how much I know her, she is not the kind of person that would think of taking an extreme step for the above reasons. She has not attempted anything of this sort in the last 29 years. She is a strong character” he says.

Pugalendhi also talks about another important aspect that might hold a clue to what went on inside the prison. “In the weekly call that convicts can have with their lawyers, Nalini’s husband, Murugan (a) Sriharan had recently said that legal action be initiated to shift Nalini to the Puzhal prison”.

Nalini is lodged in the Central Prison for Women in Vellore in Tamil Nadu, her husband Murugan (a) Sriharan is lodged in the Prison for male convicts in the same facility. Nalini and her husband are allowed to make two calls to each other every month. However, there is s case pending in the Madras High court on whether Nalini and her husband can make video calls to their family members who are residing abroad, in Sri Lanka and the United Kingdom.

Seven people including Nalini and her husband were convicted by the special TADA court for their role in the assassination of former Indian Prime Minister Rajiv Gandhi on May 21st by an LTTE (Liberation Tigers of Tamil Eelam) suicide bomber during an election rally in Sriperumbudur, in the outskirts of Chennai.

The convicts were initially sentenced to death, but later it was commuted to a life imprisonment. Besides Nalini and her husband Murugan Sriharan, the other convicts are Perarivalan, Santhan, Jayakumar, Ravichandran and Robert Payas.

The Noise Upstairs Is Unbearable. How Do I Stop It?

Three Storms Churn Across the Atlantic and Pacific Oceans

For Trump, G.O.P. Created an Alternative America Beyond Covid-19

The Noise Upstairs Is Unbearable. How Do I Stop It?