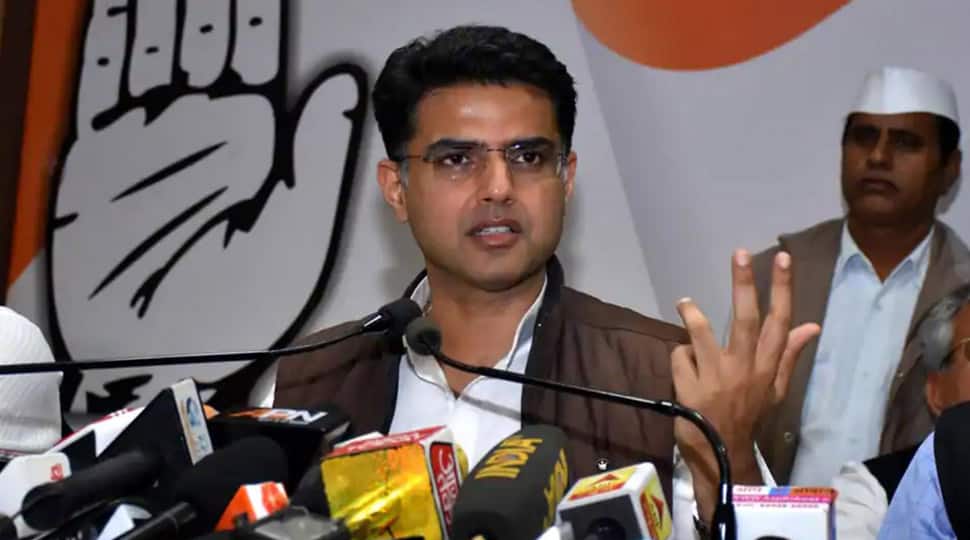 Amid the ongoing political drama in Rajasthan, former deputy chief minister and Pradesh Congress Committee chief Sachin Pilot on Tuesday (July 21) sent a legal notice to Congress MLA Giriraj Singh Malinga for claiming that he was offered Rs 35 crore as bribe by Pilot to join the Bharatiya Janata Party (BJP).

It is learnt that Pilot has sued Malinga for “the false and malicious statement” he made to the media on Monday.

A statement released by Sachin Pilot’s office said: “Sources close to Sachin Pilot, ex-Deputy CM, have informed that he has served Giriraj Malinga MLA a legal notice for the false and malicious statement made by him to the press yesterday.”

“I had a discussion with Sachin Pilot. He spoke to me and said how much do you want. He told me Rs 35 crore. This has been happening since December, it is nothing new. I told them I cannot do this,” Malinga had told reporters in Jaipur, adding that he had spoken to former Rajasthan deputy CM “two-three times”.

After Malinga’s allegations, Pilot said: “I am saddened but not surprised to be at the receiving end of such baseless and vexatious allegations being levelled against me. This is done solely to malign me and to stifle the legitimate concerns that I had raised against the party leadership of the state, as a member and MLA of INC. This attempt further aims at defaming me and attack my credibility.”

“The narrative is being redirected to avoid addressing the main issue. I will be taking appropriate and strictest possible legal action against the MLA who was made to make these accusations. I am sure more such concocted allegations will be thrown at me to cause aspersions on my public image. But I shall be unfettered and remain firm in my beliefs and convictions,” he added.

Meanwhile, the Rajasthan High Court on Tuesday told the Legislative Assembly Speaker to defer action on disqualification notices to Pilot and 18 other rebel Congress MLAs till July 24.  The court also reserved its verdict on the matter on Friday (July 24). A writ petition was filed by Pilot and 18 other dissident Congress MLAs on July 17, challenging the disqualification notices issued to them by state Assembly Speaker CP Joshi.

Ohio State Football Is Canceled. Will Trump Take the Hit?