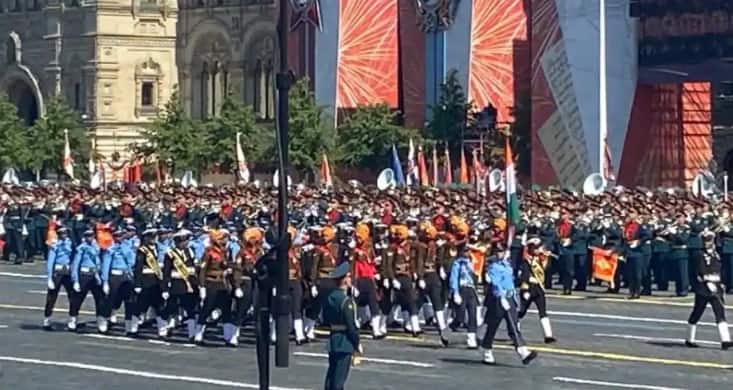 New Delhi: India-China standoff on the Line of Actual Control (LAC) in the wake of clashes between the Indian Army and Chinese troops in the Galwan valley in Eastern Ladakh on June 15 night has shown confidence as well as the resilience of the Indian armed forces. India’s upper hand in the difficult terrain has been possible due to a synergy between armed forces and theatre commands.

This synergy has also provided several successful moments for the Indian Armed forces. The highlights of this success are given below:

June 2020: The Indian Air Force and Army carried out a joint operation in Ladakh. The exercise was conducted in close coordination on-ground operations.

November 2019: In a major step towards enhancing joint collaboration among the three services, special forces of the Army, Navy, and Air Force have been deployed in the Kashmir Valley to carry out joint counter-terrorism operations. The Army’s Para (special forces) units, Navy’s Marine Commandos (MARCOS), and Indian Air Force’s Garud special forces are being deployed in the Kashmir Valley under the Defence Ministry’s newly-raised Armed Forces Special Operations Division (AFSOD).

September 2019: With an eye on China, the IAF reopened it’s Vijaynagar ALG (advance landing ground) in Arunachal Pradesh for military aircraft on Wednesday, even as the Army wrapped up an operational alert exercise in eastern Ladakh near the Line of Actual Control (LAC).

The “all-arms integrated” exercise, termed as “Changthang Prahar (assault)”, in a “super high-altitude” area near Chushul in eastern Ladakh, witnessed the participation of tanks, artillery guns, drones, helicopters, and troops as well as para-drops by IAF aircraft.

April 2018: The Operational Commands of the IAF planned and executed Inter Valley Troop Transfer (IVTT) in coordination with affiliated Indian Army Commands. IVTT, a major Joint Operation, was conducted in the high hills of Northern and North-Eastern Sector.

The aim of the exercise was to validate the capability of the Indian Air Force and the Indian Army to quickly transfer and redeploy acclimatized troops, in the simulated objective area. These operations are conducted to reposition troops from one valley to another, to counter any evolving threat, and to surprise or offensively exploit the weakness of the adversary.

July 2018: A “joint doctrine” providing for deeper operational synergies among the Army, Navy, and Air Force was unveiled with an aim to coherently deal with all possible security threats facing India including conventional and proxy wars.

The joint doctrine proposes joint training of personnel, unified command, and control structure besides pushing for a tri-service approach for the modernisation of the three forces.

The doctrine will facilitate the establishment of a broad framework of concepts and principles for joint planning and conduct of operations across all the domains such as land, air, sea, space, and cyber-space. The document was released by the chairman of the chiefs of staff committee (COSC) and Navy Chief Admiral Sunil Lanba in presence of the then Army Chief Gen Bipin Rawat and the then IAF Chief BS Dhanoa.

For the Crispiest Tofu, Leave It Alone

Faith is Hard to Define. Can Spiritual Directors Help?

Getting Married Where It All Began

We All Wear Seatbelts. We Can’t Learn to Wear Masks?