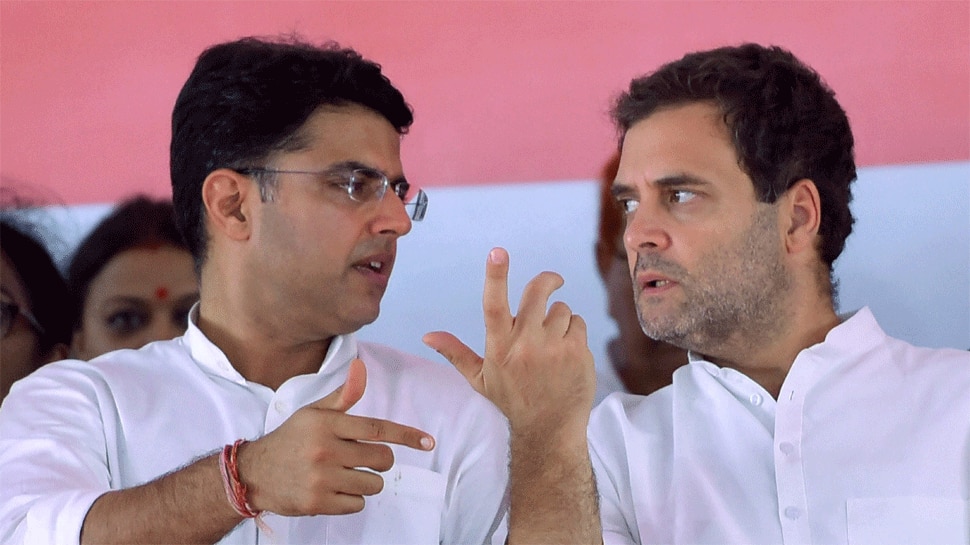 Jaipur: The Rajasthan High Court will pronounce its verdict on a plea filed by Sachin Pilot and the rebel MLAs at 10.30 am on Friday (July 24). Pilot and the other MLAs had challenged the disqualification notice issued to them by the Speaker of the Rajasthan Legislative Assembly.

On Friday, the dissident Congress MLAs led by Pilot challenged their disqualification notices through a writ petition which was taken up by a bench of Rajasthan High Court, comprising Chief Justice Indrajit Mahanty and Justice Prakash Gupta, and arguments were held.

The hearing continued on July 20 and 21 and the arguments concluded on Tuesday. Notably, earlier the Supreme Court had asked the Assembly Speaker not to take any coercive action against Pilot and 18 other Congress MLAs until the verdict is pronounced.

Notices to MLAs were served after the party complained to the speaker that the legislators had defied a whip to attend two Congress Legislature Party meetings on July 13 and 14 last week. The Pilot camp, however, argued that a party whip applies only when the assembly is in session.

In its complaint to the Legislative Assembly Speaker, the Congress had sought action against Pilot and the other dissidents under paragraph 2 (1) (a) of the 10th Schedule of the Constitution.

The provision disqualifies MLAs if they ‘voluntarily’ give up the membership of the party which they represent in the House.
Pilot was sacked as deputy chief minister and the president of the state unit of the party after he rebelled against Chief Minister Ashok Gehlot.

Marc Jacobs, Leandra Medine and Others Are Not Giving Up on Clothes Just Yet