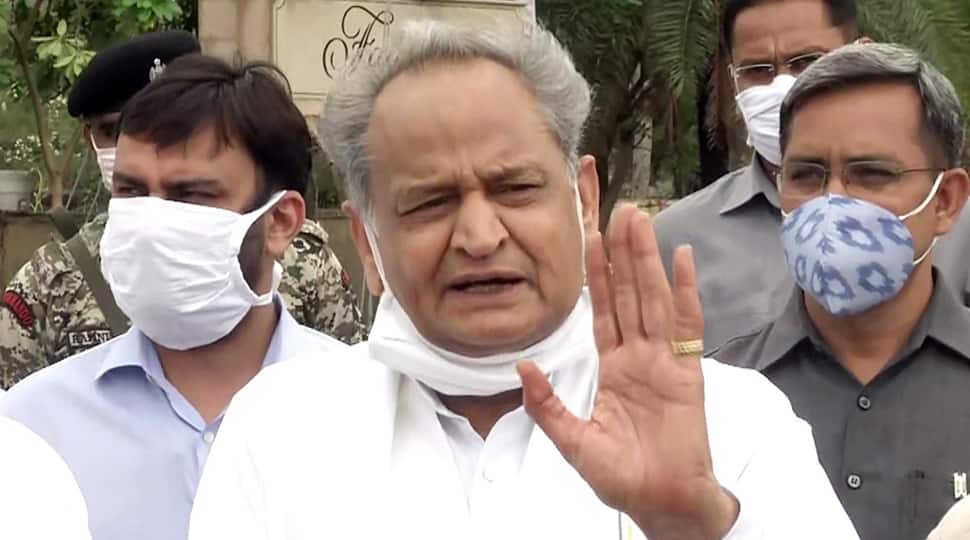 Amid the ongoing political drama in Rajasthan, Chief Minister Ashok Gehlot on Saturday (July 25) said that Congress MLAs will meet President Ram Nath Kovind and also hold a sit-in outside Prime Minister Narendra Modi’s residence, if needed, to ‘save’ democracy in the state.

Gehlot made the statements on a day when hundreds of Congress workers took to streets in different parts of Rajasthan, protesting against the ‘conspiracy’ hatched by the BJP to topple Gehlot-led government in the state. The Congress workers also demanded that Governor Kalraj Mishra should call a session of the state Assembly as demanded by CM Gehlot.

Addressing a Congress Legislature Party (CLP) meeting on Saturday at Fairmont Hotel in Jaipur, CM Gehlot declared that his government would approach President Kovind if the Governor fails to call a session of Assembly.

During the CLP, Gehlot hinted that he was planning to call for a floor test in order to show that he still has the support of majority of MLAs in 200-member Rajasthan Assembly.

“He said the government has the majority and wants to go to the assembly floor,” a statement issued by Congress chief whip Mahesh Joshi after the CLP meeting said.

“The chief minister asked us to remain prepared to stay longer at the hotel. If required, he said, we would go to meet the President and would also hold a dharna outside the prime minister’s residence,” a Congress leader told PTI.

The political tussle in Rajasthan started few days ago after CM Gehlot’s former dpeuty Sachin Pilot rebelled against the party with 18 of his loyalist MLAs. Pilot and these MLAs also defied the party whip to attend CLP meetings.

The Congress government is pushing for a session of the Assembly so that Chief Minister Ashok Gehlot can prove his majority on the floor of the House after the Rajasthan High Court on Friday ordered that status quo should be maintained on the disqualification notices sent out by the Speaker to rebel leader Sachin Pilot and 18 other MLAs.