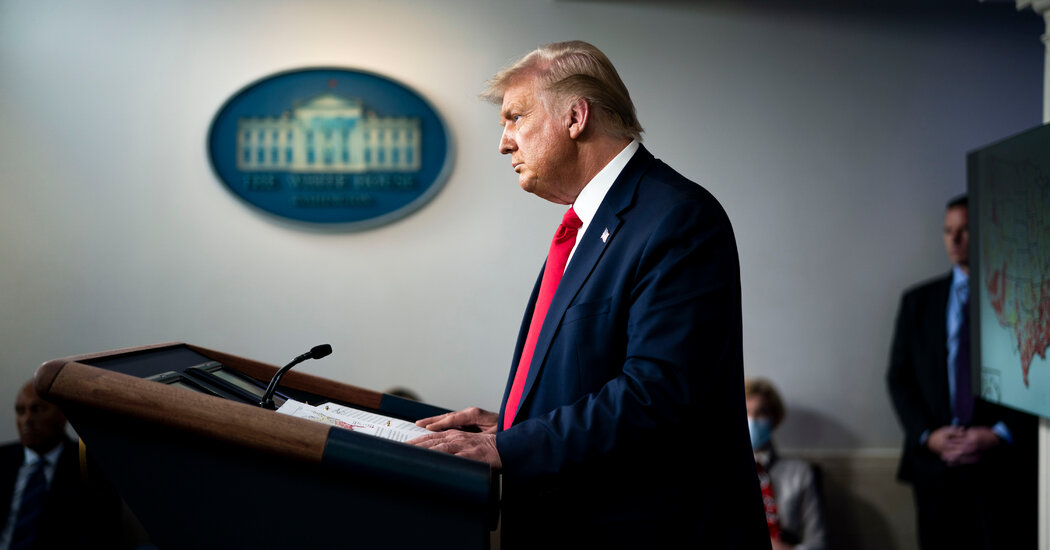 President Trump on Monday mounted his most forceful and detailed legal attack yet on the subpoena for his tax returns by the Manhattan district attorney, arguing the request was “wildly overbroad” and “issued in bad faith,” a new court filing shows.

Mr. Trump’s lawyers asked a federal judge in Manhattan to declare that the subpoena from the district attorney, Cyrus R. Vance Jr., a Democrat, was “invalid and unenforceable.”

They also asked that the judge issue an order barring Mr. Vance from “taking any action to enforce” the subpoena — which sought years of tax and other financial records from his accountants — and that he block Mr. Trump’s accounting firm from turning over any of the information.

Mr. Trump’s arguments came just weeks after the Supreme Court cleared the way for Manhattan prosecutors to seek his financial records, in a decision that was seen as a major defeat for Mr. Trump and a statement on the limits of presidential power.

Mr. Vance subpoenaed Mr. Trump’s accounting firm, Mazars USA, in August 2019 for eight years of his personal tax returns and those of his family business as part of an investigation into hush money payments to Stormy Daniels, an adult film actress who said she had an affair with Mr. Trump.

The president, who has denied the affair, has fought the subpoena for almost a year, arguing that a sitting president is immune from state criminal investigations.

The Supreme Court rejected Mr. Trump’s position on immunity, but it said he could return to the lower court, where his legal battle began, and raise new objections to the subpoena.

Mr. Vance’s office, which is scheduled to respond to Mr. Trump’s latest filing next week, has accused Mr. Trump of intentionally dragging out the subpoena fight to effectively shield himself from criminal investigation, and obtain the kind of immunity to which the Supreme Court said he was not entitled.

He Beat Trump and Weinstein. Why Is This D.A.’s Standing Still Shaky?

Foster Care Was Always Tough. Covid-19 Made It Tougher.

Drivers Are Hitting Protesters as Memes of Car Attacks Spread