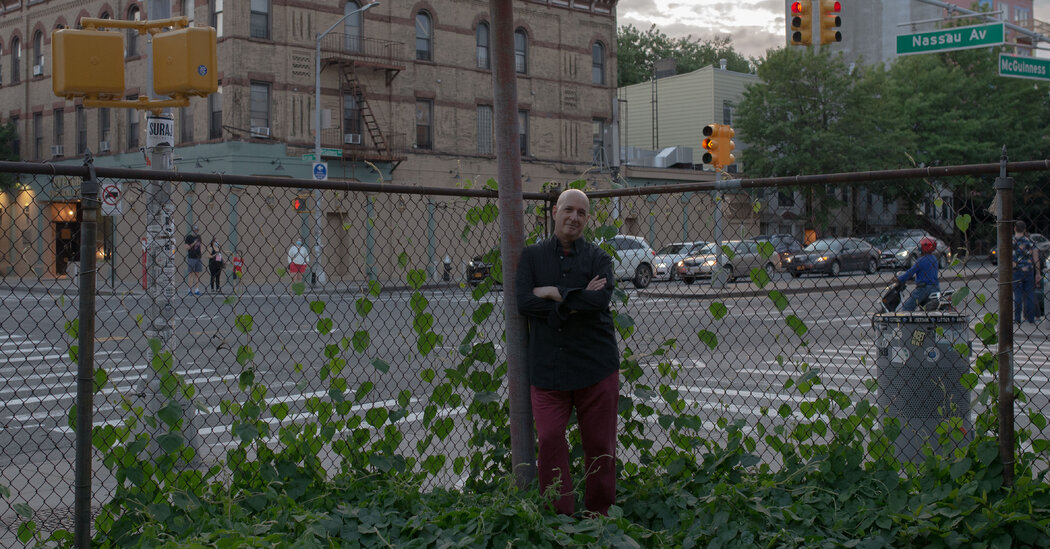 In late 2017, when David First announced a drone-music performance in Brooklyn, I circled the date on my calendar.

The quality of Mr. First’s music in that style was already well known, thanks to his 2010 album “Privacy Issues (droneworks 1996-2009).” So I thought I’d be hearing something like the sneakily morphing pieces on that recording — albeit with more live instrumentation on top of his usual electronics, since this performance included his latest ensemble, The Western Enisphere.

But I should have known better: Mr. First rarely works by simple addition or subtraction. Throughout the more than four decades of his career, he has jumped adroitly between styles and scenes, while reinvigorating those scenes from the inside. If his punk trio The Notekillers was little heard in late-1970s New York, its merging of guitar grind and melodic intricacy helped lay the groundwork for underground rock of the ’80s. Thurston Moore credits a Notekillers single with influencing the sound of Sonic Youth.

The nearly two-hour work he performed in Brooklyn in 2017, “The Consummation of Right and Wrong,” was more consistently active and surprising than a lot of contemporary drone music. Yet it still carried that genre’s powerful, cumulative effect, with the easy instrumental interplay that is only possible from a well-drilled working band, recalling Mr. First’s past engagements with jazz.

The final version of “Consummation,” released this month by Important Records, is even more impressive. One major reason is that it’s no longer a continuous extravaganza. The album’s first 98 minutes are now divided into discrete “scenes,” which fade in and out.

“Here’s drone music that stops,” Mr. First said with a chuckle during a recent phone interview. “It doesn’t have to be 30 minutes to be a drone piece. It can be three minutes, and it’s still a drone piece. And you can have a series of drone pieces that stand on their own.”

This format ensures that each bite-size section has its own identity. “People could, if they wanted to, as with any pop album, choose the ones they like and put them in any order they want,” he said. “Or put them in a mix.”

But the album is also conceived as a single entity of two hours and 24 minutes. The electronic drones that undergird the scenes, and the relationships between the drones selected for each one, follow the rules of 12-tone music, which avoids giving any given tone — and therefore any given key — precedence.

Yet Mr. First has also, in some cases, written hummable melodies — often considered anathema to 12-tone music — atop the drones in individual scenes. And an added wrinkle: Both the electronic drones and the “live” instrumentalists use just intonation tuning, keeping with Mr. First’s ongoing experiments with microtonal music, or music that explores the intervals between adjacent keys on a piano.

“I was trying to resolve all these irreconcilable opposing concepts,” he said.

During the interview, and in subsequent emails, he described elements at play in some of the work’s highlights.

Sam Kulik, The Western Enisphere’s trombonist, is the featured player on this track, in which he freely interprets an unmetered melody by Mr. First, who asked Mr. Kulik to incorporate “difference tones” and “beating tones” alongside the drones.

“In this case, one can hear that the trombone interaction with the drones creates a bass difference tone lower than anything actually being played,” Mr. First said. “Beating tones are simply when the two interacting tones are so close together and the subtraction results in a fluttering tremolo, sound because the difference is so small that it’s below the range of perceivable pitch.”

On this track, Mr. First said, he was making use of the same composer-performer prerogative claimed by artists like Captain Beefheart.

“Beefheart would make his players learn these ridiculously difficult, hyper-controlled musical parts and then he would freely blow on top of it all,” he said. “Here, I am doing that with my harmonica playing. I confess I often take liberties in my music that I would not allow other players to do.”

This mournful piece is one of the work’s highlights. “There are obvious instruments in this ensemble that I like to use because of their flexibility when it comes to pitch: viola, trombone, upright bass, laptop — even guitar, where one can string bend fairly easily,” Mr. First said. “But bass clarinet is not one of them.”

“Jeff Tobias is in this band because he’s Jeff,” he added. “Not because I wanted a bass clarinetist. I do love the sound of the instrument though. It’s just much more of a control challenge — a much more serious subversion of the instrument’s natural proclivities must take place in order to play what I’m asking for.”

Mr. First has been developing ideas for The Western Enisphere since the violist Jeanann Dara approached him about working together in the early 2010s. The cohesion of the group is key to its success.

For the recording of “Scene 11,” Mr. First conceived of this ensemble piece as a studio creation. “I wanted it to reflect what one can do through manipulating materials in the mixing process, as opposed to simply documenting a performance,” he said. “I had the players record their parts in three different, very precise polyrhythmic tempos and then improvised a mix that highlighted various combinations of players and tempos.”

After 15 separate “scenes,” the final section of “Consummation” is a composed 45-minute jam. “I always called myself a rock ’n’ roll musician,” he said. “It was kind of my way of establishing where I was coming from. That that was my sensibility — how I weighed and measured creativity, even if the music didn’t sound like it at all. It was a little bit a of a wiseguy thing. But it was also my way of legitimizing my own roots.”

“I don’t know what to call myself at this point,” he added. “I’m not crazy about being thought of as strictly a drone composer, to be honest. I think ‘Consummation’ was a bit of a pushback against that. Or at least an attempt to expand the parameters. You want to call me a drone composer? OK: Here’s a two-part canon structure that can only be called melodic, even if there is a drone going on behind it. I guess, in my own way, I was looking to separate myself from that conceit — that drone music has to mean everything is long, loud and without melody.”

In Singapore, an Orderly Election and a (Mostly) Predictable Result

The Unexpected Joy of Internet Art