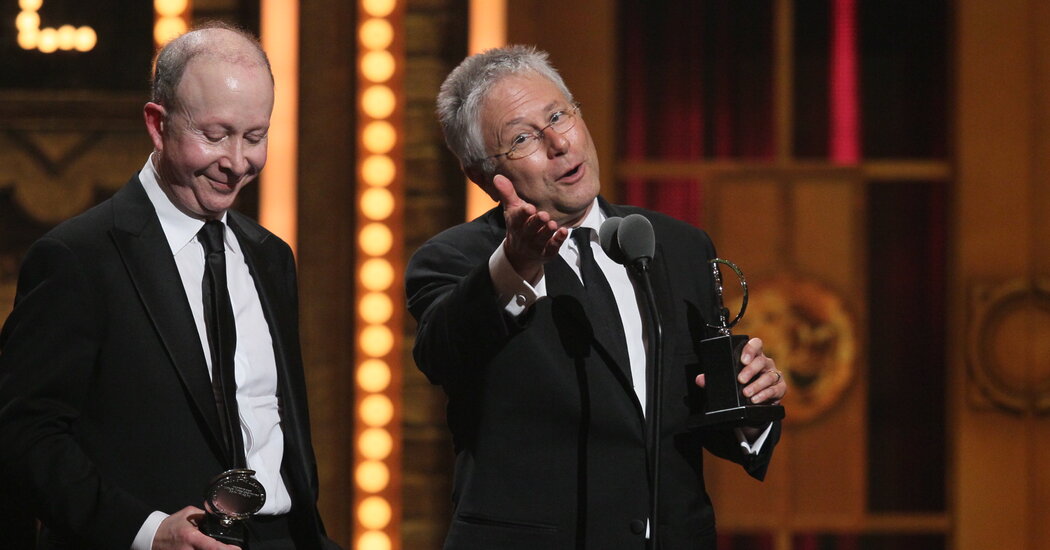 No longer waiting in the wings, Alan Menken, the songwriter and composer of celebrated musicals including “Little Shop of Horrors” and the Disney films “Beauty and the Beast” and “The Little Mermaid,” is the newest member of the elite EGOT club.

With his Daytime Emmy win on Sunday for best original song in a children’s, young adult or animated program, Mr. Menken became the 16th person to win all four of the top awards in entertainment: the Emmy, the Grammy, the Oscar and the Tony.

After having already accumulated an avalanche of awards throughout his career, including 11 Grammys, eight Oscars and a Tony, the 71-year-old Mr. Menken collected the award for his work on the Disney Channel series “Rapunzel’s Tangled Adventure.” It was the last award he needed to complete his EGOT suite.

“Obviously it’s a wonderful thing,” Mr. Menken said in an interview on Tuesday. “There are incredible, amazing talents who don’t have EGOTs — far more talented than, you know, any of us.”

“You can’t let it go entirely to your head,” he added. “A lot of it has to do with how fortunate you are to be working on certain projects and being at the right place at the right time and all that.”

But Mr. Menken noted that he is not just an EGOT winner, but a REGOT winner.

“I won the Razzie for worst song of the year for the ‘Newsies’ movie for ‘High Times, Hard Times,’” he said. “I’m very proud that I actually have a REGOT.”

The Razzies — officially, the Golden Raspberry Awards — are presented to the year’s worst films.

Receiving one “puts everything into perspective,” Mr. Menken said. “You get all these awards and then, thank goodness, a Razzie comes along to just kick you in the butt, which is very healthy, really.”

Mr. Menken likened what he does to architecture, saying he looks for the moment, musically and lyrically, “that’s going to live on with people.”

Mr. Menken won an honorary Primetime Emmy Award for his work on an antidrug special cartoon alongside Howard Ashman. Mr. Ashman, who died from complications of AIDS in 1991, was a close collaborator on many of the most beloved projects of Mr. Menken’s career.

Mr. Menken said he wanted to be a composer since he was a child.

Young artists need to do what they love doing every day, he said, “because that’s what you’ll do your whole life.”

The moments that are hard, especially with the highly collaborative work that he does, are when you’ve given yourself “the wrong assignment,” he said.

“I’ve had flops,” he said. “And that happens, I still love them, and there’s a lot of good work in them. But it’s a matter of really being open to what is the best idea so that’s where the struggle is.”

Despite the slowdown that the coronavirus pandemic has caused in the arts world, Mr. Menken continues to work on several projects — a blessing, he says.

“The impact, financially, is huge and so difficult,” he said. “With the political divide in our country, it’s hard to know how much support New York will receive to keep the theater industry alive.”

But, in a note of optimism, Mr. Menken said he had “no doubt that theater will come roaring back once people can physically get into a theater again and physically be at these events, theatrical or sporting or whatever it is.”

“As a medium, it will live on no matter what,” he said.

Forest officials rescue deer from hotel in Bengaluru, released back into jungle