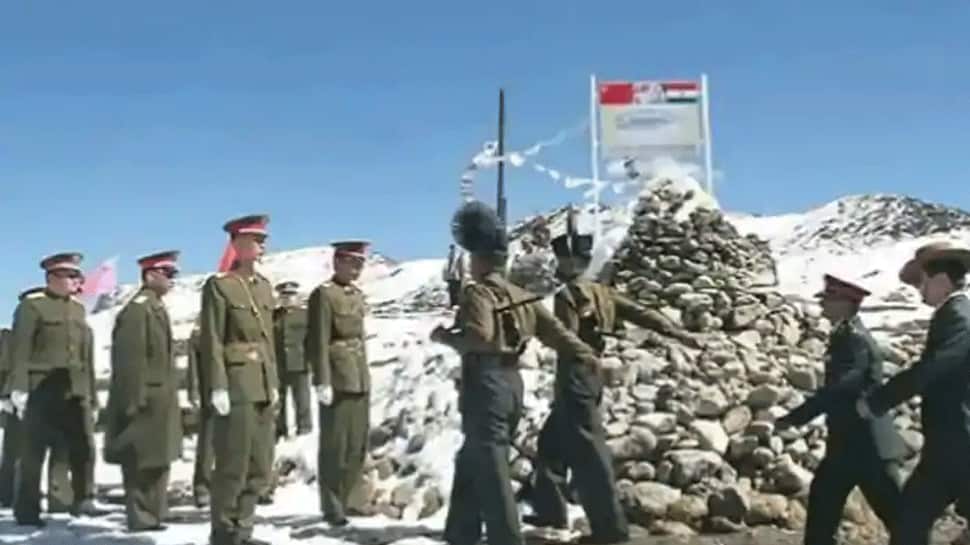 New Delhi: India on Thursday (July 30) said disengagement of troops in eastern Ladakh has not yet been completed, two days after China claimed that the process was completed at most locations in the region.

The clear assertion by New Delhi came ahead of a fresh round of Lt General-level talks between the Indian army and the Chinese PLA which government sources said is set to take place within the next two days.

“There has been some progress made towards this objective but the disengagement process has as yet not been completed,” Ministry of External Affairs(MEA) spokesperson Anurag Srivastava said at an online media briefing when asked about China’s claim on Tuesday that the frontline troops of the two countries have completed disengagement at most localities along the Line of Actual Control(LAC).

The MEA spokesperson said the senior commanders of the two militaries will be meeting in the “near future” to work out steps towards carrying forward the disengagement. Exercise.

Srivastava said India expects that the Chinese side will “sincerely” work with it for “complete disengagement and de-escalation” and “full restoration” of peace and tranquility in the border areas at the “earliest” as agreed during talks between National Security Advisor Ajit Doval and Chinese Foreign Minister Wang Yi.

“As we have stated earlier, the maintenance of peace and tranquility in the border areas is the basis of our bilateral relationship,” Srivastava said.

“Therefore, we expect that the Chinese side will sincerely work with us for complete disengagement and de-escalation and full restoration of peace and tranquility in the border areas at the earliest as agreed to by the Special Representatives,” he added.

In their diplomatic talks on July 24, the two sides agreed that an early and complete disengagement of the troops along the LAC in accordance with bilateral agreement and protocols was essential for overall development of bilateral relations.

The talks took place amid indications that withdrawal of forces by the Chinese army from certain parts of eastern Ladakh which witnessed a face-off has not picked up momentum.

In Beijing, the spokesperson of China’s Ministry of National Defence Senior Colonel Ren Guoqiang said that disengagement of border troops between the two countries is being “gradually carried forward” and the present situation in the region “tends towards de-escalation”.
“At present the situation in this region tends toward de-escalation, and the disengagement between the border troops of the two countries is gradually carried forward,” he said at an online media briefing.

“We expect the Indian side will proceed from the overall situation of maintaining China-India relations and regional peace and stability, focus on cooperation, properly address differences, and earnestly promote the continuous development of the relations between the two countries,” he said, according to an official transcript of the briefing.

Answering a question on the exercises by the People’s Liberation Army(PLA) in Tibet, Ren said that recently the Tibet Military Region organised several types of artillery day and night fire strike drills and artillery fire assault drills in high-altitude areas mainly to test the troops’ capability of long-range precision strike and fire assault in plateau environments.

“The above exercises are part of the annual training programme. Not against any particular country,” he said.

In his comments, MEA Spokesperson Srivastava also referred to the last round of diplomatic talks between the two sides.

“They agreed that early and complete disengagement of the troops along the LAC and de-escalation from India-China border areas in accordance with bilateral agreement and protocols and full restoration of peace and tranquility was essential for smooth overall development of bilateral relations,” he added.

Meanwhile, Chinese envoy Sun Weidong, during an online conference, sidestepped pointed questions about casualties of China’s PLA troops in the Galwan Valley clashes on June 15, and instead repeated his general observations about bilateral ties, adding Beijing doesn’t want to add more tensions and escalate the situation.

On the disengagement of troops, he claimed: “With the joint efforts of both sides, the border troops have disengaged in most localities. The situation on the ground is de-escalating and the temperature is coming down.”

National Security Advisor Doval and Chinese Foreign Minister Wang held a nearly two-hour-long telephonic conversation on July 5 to bring down tension between the armies of the two countries in eastern Ladakh.

Both sides commenced the disengagement process from July 6 following talks between Doval and Wang who are Special Representatives for the boundary question.

However, people familiar with the development said the disengagement process has not moved forward as expected following the last round of marathon Corps Commander-level talks on July 14.

The tension in eastern Ladakh escalated manifold after the violent clashes in Galwan Valley in which 20 Indian Army personnel were killed.

After the last round of military talks, government sources said the Indian side conveyed a “very clear” message to the Chinese army that status quo ante must be restored in eastern Ladakh and it will have to follow all mutually agreed protocols for border management to bring back peace and tranquillity.

Government sources said India is keeping a hawk eye vigil on all areas along the LAC in Ladakh and will maintain a high-level of alertness to deal with any eventualities.

How California Is Bracing for Wildfires During a Pandemic