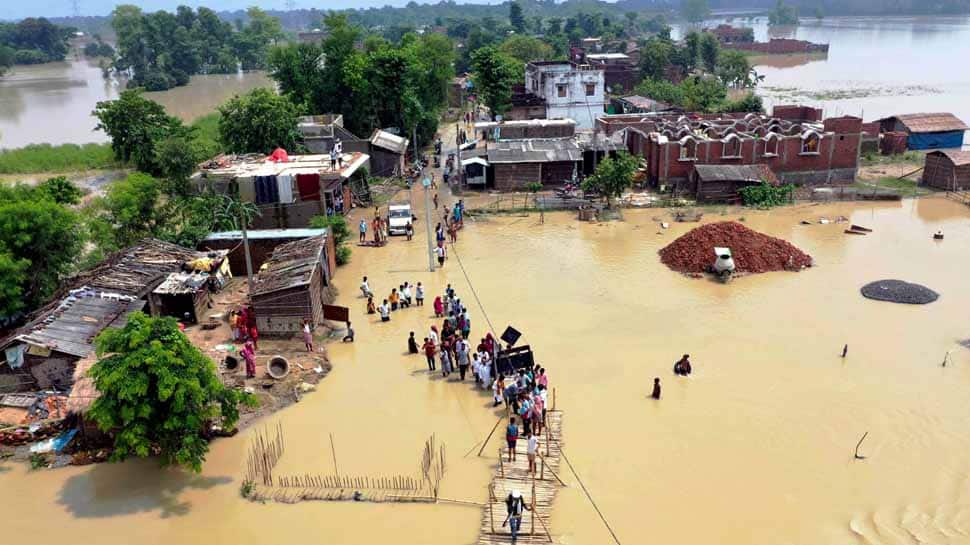 Even as Bihar battles the rising number of coronavirus COVID-19 cases, the flood situation in the state keeps getting worse.

According to the state disaster management department on Friday, the gurgitating rivers flowing through the northern districts of Bihar have affected more than 45 lakh people so far.

Across 1012 panchayats of 14 districts, as many as 45.39 lakh people have been left distressed in the calamity as compared to the previous days figure of 39.63 lakh, according to the bulletin issued by the department.

The number of people troubled by the floods grew by more than half a million in the last 24 hours though no loss of life has been reported in the same period, the death toll remains at 11, the department said.

As many as 3.76 lakh people have been evacuated from flood-ravaged localities so far out of whom 26,732 are lodged at relief camps.

While West Champaran and Darbhanga are the only distrcits to have reported flood-related deaths, four and seven, respectively.

For the Met Opera, the Pandemic Could Be a Necessary Reset

After 5 Months, N.Y.C. Gyms Reopen. Here’s What to Expect.

BREAKING: 150 people found infected with UK variant of COVID-19 in...