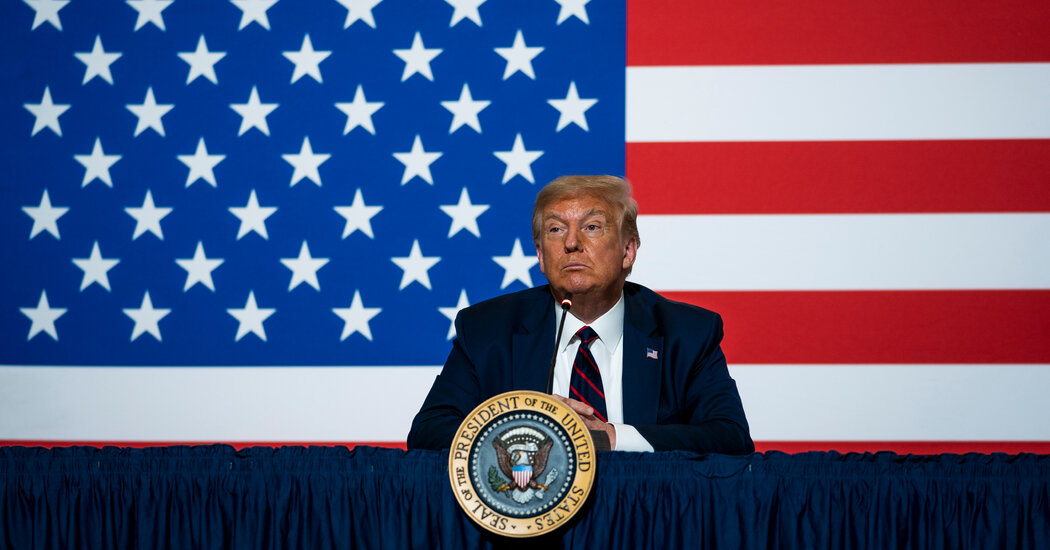 The Manhattan district attorney’s office suggested on Monday that it has been investigating President Trump and his company for possible bank and insurance fraud, a significantly broader inquiry than the prosecutors have acknowledged in the past.

The office of the district attorney, Cyrus R. Vance Jr., made the disclosure in a new federal court filing arguing Mr. Trump should have to comply with its subpoena seeking eight years of his personal and corporate tax returns. Mr. Trump has asked a judge to declare the subpoena invalid.

The prosecutors did not directly identify the focus of their inquiry but said that “undisputed” news reports last year about Mr. Trump’s business practices make it clear that the office had a legal basis for the subpoena.

The reports, including investigations into the president’s wealth and an article on the congressional testimony of his former lawyer and fixer, Michael D. Cohen, said that the president may have illegally inflated his net worth and the value of his properties to lenders and insurers. Lawyers for Mr. Trump have said he did nothing wrong.

The clash over the subpoena comes less than a month after the Supreme Court, in a major ruling on the limits of presidential power, cleared the way for Mr. Vance’s prosecutors to seek Mr. Trump’s financial records.

The filing from prosecutors came in response to an argument Mr. Trump made last week, calling the subpoena from Mr. Vance, a Democrat, “wildly overbroad” and issued in bad faith.

Mr. Vance’s office subpoenaed Mr. Trump’s accounting firm, Mazars USA, in August 2019 for the tax returns as part of its investigation, which until now was believed to be focused on hush-money payments made to two women who said they had affairs with Mr. Trump, including the adult film actress Stormy Daniels.

Mr. Cohen arranged the payments to Ms. Daniels and the other woman, Karen McDougal. Mr. Vance’s office has been looking into whether any New York State laws were broken when those payments were made.

Mr. Trump has fought the subpoena for almost a year, at first arguing that as a sitting president, he was immune from state criminal investigation.

Mr. Trump’s position was soundly rejected by the Supreme Court last month, but it said he could return to the lower court in Manhattan, where he first sued to block the subpoena, and raise new arguments.

In a recent hearing, Mr. Vance’s office told the judge, Victor Marrero of Federal District Court, that Mr. Trump was just dragging out the legal fight in order to effectively shield himself from criminal investigation.

“What the president’s lawyers are seeking here is delay,” Carey R. Dunne, a lawyer in Mr. Vance’s office, told Judge Marrero. Mr. Dunne said that the longer Mr. Trump fought the case, the greater the chance that the statute of limitations would expire for any potential crimes that might have been committed, effectively granting the president immunity.

Jay Sekulow, a lawyer for the president, denied after the hearing that Mr. Trump’s lawyers were pursing a strategy of delay. “Our strategy seeks due process,” Mr. Sekulow said in an email at the time.

Mr. Cohen, who pleaded guilty to federal campaign finance violations for his role in the payments, is serving a three-year prison sentence in home confinement in his apartment in Manhattan.

If Mr. Vance succeeds in eventually obtaining Mr. Trump’s records, they are unlikely to become public anytime soon because they will be shielded by grand jury secrecy rules. The records might only emerge later if criminal charges are brought and the records are introduced in a trial.

For conservatives, Barrett checks all the boxes.