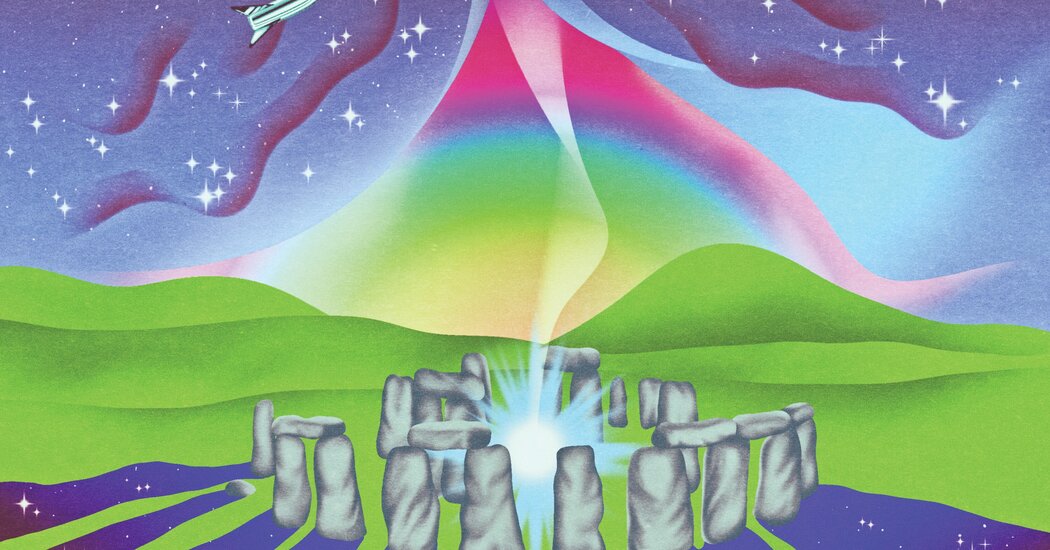 We may never solve the puzzle of Stonehenge, and, if we do, it probably won’t change our lives. Nor will much change if the latest American robot zooming toward Mars discovers that eons ago microorganisms swam in long vanished lakes. Yet how gloriously enthralling the search!

The past week has provided a remarkable demonstration that despite the coronavirus and its global economic wreckage, humankind persists in devoting extraordinary talent, science and treasure to decoding the mysteries of our universe. NASA launched a car-size rover — carrying a little helicopter — to Mars, Elon Musk’s SpaceX brought the first privately developed manned space capsule safely back from space, and on a totally different front, archaeologists chipped away another unknown from the enigma of Stonehenge.

Certainly some good news on what human genius can do provided a welcome diversion from all the harrowing news about the pandemic and toxic politics. There’s something uniquely compelling about our need to learn what we can about the universe, and to do that not for some practical or commercial reason, but simply out of curiosity, out of wonder.

“Because it’s there” was the explanation famously offered by George Mallory for persevering in his ultimately fatal efforts to scale Mount Everest, providing a timeless refrain for any endeavor that we cannot justify by logic, gain or value — like answering questions about Stonehenge or exploring Mars. The latter, admittedly, has been justified by some as a search for a potential haven should we succeed in destroying our own planet. Mr. Musk, who has set getting a human to Mars as a future ambition for the Dragon capsule that successfully splashed down Sunday after taking two astronauts to the International Space Station and returning them home, told an interviewer that “humans need to be a multiplanet species.”

It would be a stretch to suggest that survival of our kind is really a serious consideration for spending billions on missions to Mars, of which there were fully three in July — one each from China and the United Arab Emirates in addition to NASA’s. The American mission is by far the most sophisticated: The rover, named Perseverance, which will reach Mars sometime in February, will study a former lake bed and assemble a pile of rock samples for a future mission to bring back in search of any evidence that there may once have been life on the Red Planet. More immediately exciting is the helicopter piggybacked on the rover, which, if it works, will make the first powered flight on another planet.

The Stonehenge news may not be on the same order of scientific gee-whiz, nor anywhere near as costly, but efforts to solve the enigma of that cluster of giant stones raised in southern England by a prehistoric people are far older than efforts to colonize Mars, so resolving something as elemental as where the megaliths came from amounted to a grand achievement. How it was determined, moreover, involves that combination of luck, science and old-fashioned detective work that makes for a great mystery story: The chance return of a cylindrical chunk cut out of one of the massive rocks 60 years ago enabled geologists to finally narrow the source of the megaliths to a site 15 miles north of Stonehenge.

That doesn’t really do much to answer the big question — why druids created the ring on a field there — but it will lead to the actual quarries and perhaps to an explanation on how our ancestors dressed and moved 20-ton sandstone blocks before they invented the wheel. For hundreds of years, the leading explanation was the one offered by a 12th-century Welsh cleric who declared that Merlin the wizard persuaded his king to send 15,000 men — other variants had Merlin assign the task to the Devil — to bring a mighty stone construction from Ireland to build a proper burial ground for his warriors. On the cemetery for the elite he was probably right. Other modern theories suggest Stonehenge was designed as a sacred place of healing, or music, or observations of the sun, or all the above.

Does it matter? Archaeologists are likely to have a prepared script along the lines of forgetting history and repeating the past, or getting right what the winners who write history got wrong. Space scientists will have their own set of justifications for the astronomical costs of their projects (the Perseverance mission went way over its $1.5 billion budget, and that was before the helicopter was thrown in), which usually focus on scientific discovery, technological spinoffs, potential economic benefit and national security.

But press a bit harder, and the logical justifications tend to give way to variations on “because it’s there.” The former NASA administrator Michael Griffin suggested that things like space exploration are motivated by elemental human traits like competitiveness, curiosity and a longing to leave behind something worthy and good. In a similar vein, one archaeologist proposed that archaeology is important for the same reason that art, literature, philosophy and history are important, because people have a basic need to know where we came from. More simply, she wrote, it’s important “because we feel it is.”

In the end, these are all different ways of saying the same thing. The world is full of wonder, and there’s no need to justify its hold on us.

On the Way Out, Melania Trump Denounces Attacks on Her as ‘Shameful’

How to Protect Your Family’s Privacy During Remote Learning