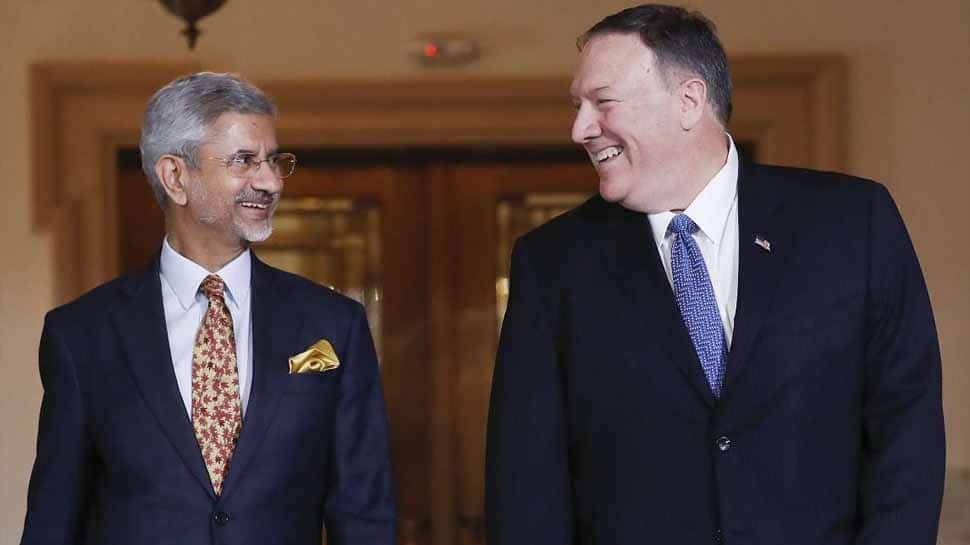 New Delhi: India’s External Affairs Minister S Jaishankar and his American counterpart Mike Pompeo spoke over the phone and held discussions on a host of topics including bilateral and multilateral cooperation on issues of international concern, efforts to combat the COVID-19 pandemic and the Indo-Pacific region, a senior US official said.

Both Jaishankar and Pompeo reiterated that the strength of the India-US relationship to advance peace, prosperity, and security in the Indo-Pacific and around the globe, Cale Brown, Principal Deputy Spokesperson of the State Department said on Thursday.

Taking to Twitter Pompeo wrote: “We remain united to advance peace in Afghanistan, and to a secure and sovereign Indo-Pacific in which all countries can prosper.”

India, the US and several other world powers have been talking about the need to ensure a free, open and thriving Indo-Pacific in the backdrop of China’s rising military maneuvering in the region.

“Both leaders agreed to continue close cooperation on a full range of regional and international issues and look forward to Quadrilateral consultations and the US-India 2+2 Ministerial Dialogue later this year,” Brown said in a readout of the telephonic conversation.

During the call, Jaishankar and Pompeo also discussed on support to the peace process in Afghanistan, and address recent destabilising actions in the region.

The two leaders have been in regular communication during the coronavirus pandemic that has claimed over 7 lakh lives and infected nearly 19 million people worldwide.

Mike Shirkey, Who Will Meet with Trump, Said He Wouldn’t Override Biden’s Win