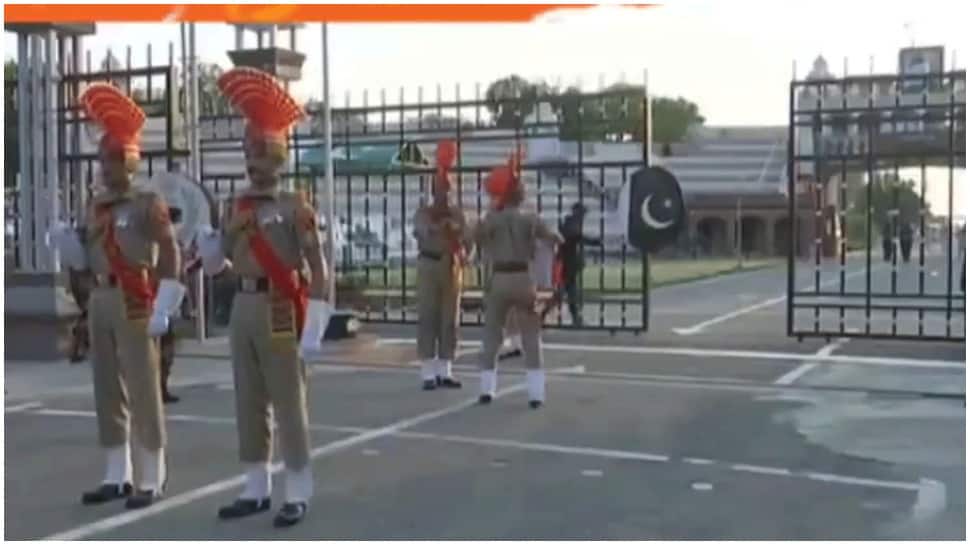 The BSF’s musical band performance was also seen on August 14.

#WATCH As part of the ongoing celebration of the 74th Independence Day, the Border Security Force (BSF) Band gave a musical performance at the Attari-Wagah border on the eve of #IndependenceDay. pic.twitter.com/zbO1wBwKiV

Due to the prevailing coronavirus situation across the country, spectators have not been allowed to visit the ceremony.

The beating retreat ceremony is a ritual of lowering the national flags of both the countries (India and Pakistan) just before the sunset.

Earlier in the day, Prime Minister Narendra Modi addressed the nation on the occasion of country’s 74th Independence Day and said that no country should try to raise an eye on the sovereignty of India.

Lauding the soldiers he said that the Indian Army has responded from the Line of Control (LoC) to the Line of Actual Control (LAC) and they have time and again proved their ability and valour.

He remembered the soldiers in Ladakh and their contribution during the face-offs between the troops of India-China in May-June and said that the Indian Army has responded in the same language.

PM Modi expressed, “Respect for India`s sovereignty is supreme for us. What our brave soldiers can do for this resolution, what the country can do, the world has seen in Ladakh.”

He added, “All the leaders of the countries of this region have an important responsibility towards the development and progress of this huge mass group.” He added, “Where there is harmony in relationships, bonding occurs.”

Hand or face: NASA wonders as it shares breathtaking photo of a neutron star

Lumberjack, Tailor, Counselor, Host: A Hotel Owner Does It All During the Pandemic

Centre issues guidelines for opening up of yoga institutes, gymnasiums amid COVID-19

How Can We Bear This Much Loss?