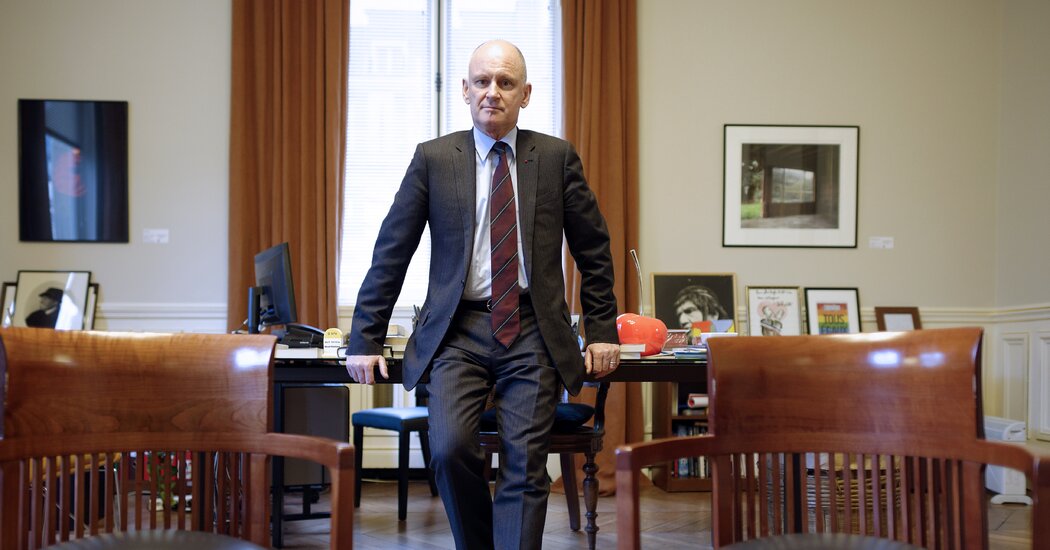 PARIS — National prosecutors opened an investigation Tuesday of Christophe Girard, a former deputy mayor of Paris and supporter of the pedophile writer Gabriel Matzneff, for the possible rape of a 16-year-old.

Prosecutors initiated their investigation a day after the publication of an article in The New York Times, in which Aniss Hmaïd, now 46, said that Mr. Girard abused him sexually when he was 16 years old and coerced him into sex about 20 times during an abusive relationship.

In return, Mr. Girard employed him as domestic help and gave him odd jobs at the Yves Saint Laurent design house, where Mr. Girard was a top executive before entering politics, Mr. Hmaïd said.

In an interview with The Times, Mr. Girard denied having any sexual relationship with the younger man.

Citing the article in The Times, Rémy Heitz, the Paris prosecutor, said that the juvenile police unit was overseeing the investigation of a possible “rape by a person with authority” in connection with Mr. Girard and Mr. Hmaïd. In a statement, Mr. Heitz said that they had opened their investigation on Monday.

In an interview with the Times, Mr. Girard denied ever engaging in any sexual activity with Mr. Hmaïd. Mr. Girard, now 64, said he had always treated Mr. Hmaïd well and considered him a member of the family.

Four people told The Times that Mr. Hmaïd had told them of the abuse by Mr. Girard about two decades ago. In addition, Mr. Hmaïd provided The Times with hundreds of photos showing him in the company of Mr. Girard, his family and friends. One photo, which Mr. Hmaïd said he took after a sexual encounter, shows the older man standing at the foot of a bed, fully nude, smiling and looking directly at the camera.