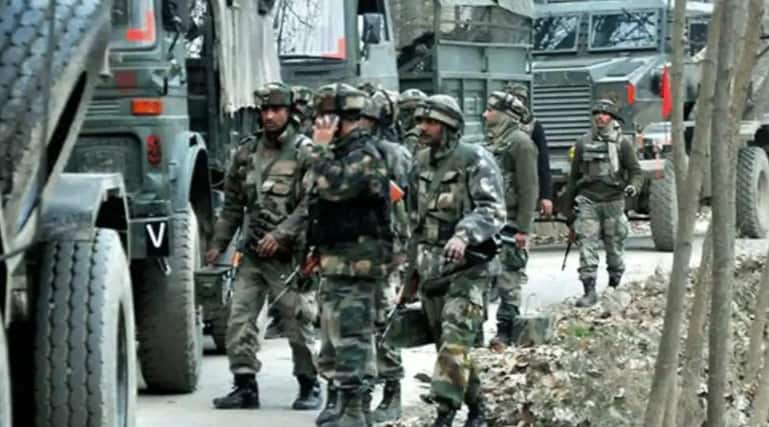 New Delhi: The operation against terrorists in Kreeri Baramullah concluded on Tuesday (August 18) with the killing of a third terrorist. The ultras had shot dead two CRPF jawans and a policeman on Monday.

In the Kreeri Baramullah anti-terror operation, which began on Monday, three terrorists have been killed while 5 security personnel have also been martyred- one from JK police, 2 CRPF, and 2 army soldiers.

The security forces recovered 2 AK 47 rifles and 3 pistols, along with a large quantity of ammunition from the encounter spot.

Dilbag Singh, DGP, Jammu & Kashmir, said: “Ongoing operation since yesterday morning at Kariri Baramulla concluded after about 36 hours with the killing of 3rd most wanted and LET commander Usman Bhai of Pakistan who was involved in the killing of Sh Wasim Bari his father and brother at Bandipora on 8/7/20.”

“He was an accomplice of Sajad @ Hyder of Sopore a Burhan Wani style terrorist who was responsible for a large scale civilian killings and attacks on Security Forces apart from radicalisation of local youth and their joining terrorist ranks over the past one year. He was wanted in a large number of terror crimes and active in North Kashmir for the past many years,” the DGP added.

Earlier on Monday, security forces had chased the terrorists after the attack and killed two of them, including Sajad Haider -a top commander of the Lashkar-e-Taiba (LeT) terror outfit in north Kashmir. Another was killed on the second day of the operation.

A Small-Town Official Was Ousted and Headed to Prison. Then He Vanished.

Oumuamua: Neither Comet nor Asteroid, but a Cosmic Iceberg

Video of the honors at the Capitol for Justice Ruth Bader Ginsburg.

Bhupinder Singh Mann, one of four experts nominated by SC for talks with farmers,...