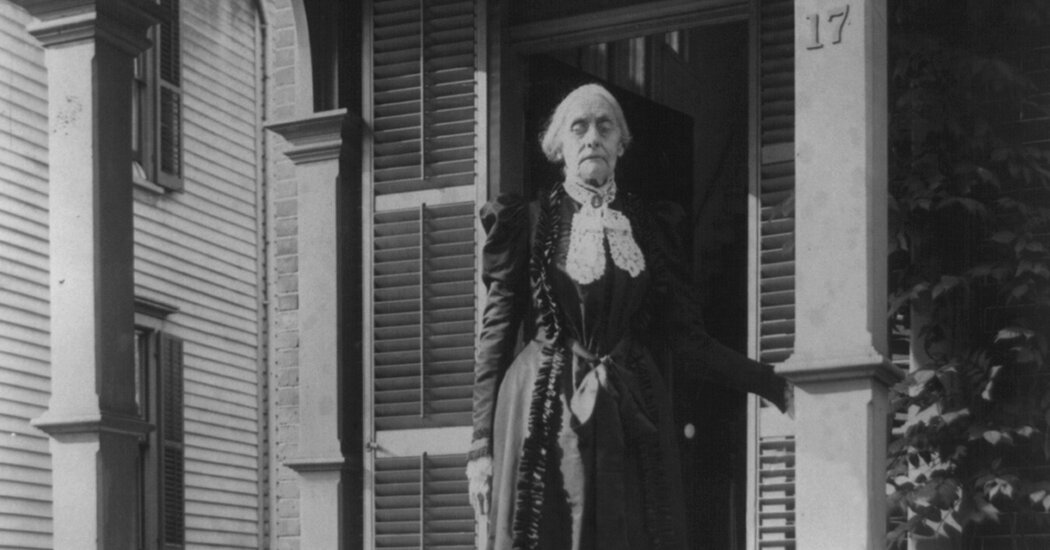 WASHINGTON — Hoping to appeal to female voters, President Trump said on Tuesday that he would posthumously pardon Susan B. Anthony, the women’s suffragist who was arrested in 1872 after voting illegally and assessed a $100 fine.

The pardon came on the 100th anniversary of the ratification of the 19th Amendment, which gave women the right to vote.

Mr. Trump had teased the pardon as he traveled on Air Force One on Monday, telling reporters he was going to erase the conviction of someone “very, very important.”

Many of Mr. Trump’s other pardons and grants of clemency have been of people whose cases resonate with him or allies, like his longtime political adviser, Roger J. Stone Jr., who was convicted on several charges stemming from the investigation into possible conspiracy between the Trump campaign and Russian officials.

Mr. Trump, who has repeatedly been accused of sexual harassment or assault and who has often made degrading comments about women, is facing a deep gender gap in his campaign against former Vice President Joseph R. Biden Jr. On Tuesday, surrounded by several female supporters, Mr. Trump declared that “women dominate the United States” and complained that the coronavirus had darkened the economic picture for women.

A female Democratic official in New York — the state where Ms. Anthony was arrested — greeted the news of her pardon with the immediate demand that it be rescinded.

“She was proud of her arrest to draw attention to the cause for women’s rights, and never paid her fine,” New York’s lieutenant governor, Kathy Hochul, wrote on Twitter. “Let her Rest In Peace, @realDonaldTrump.”