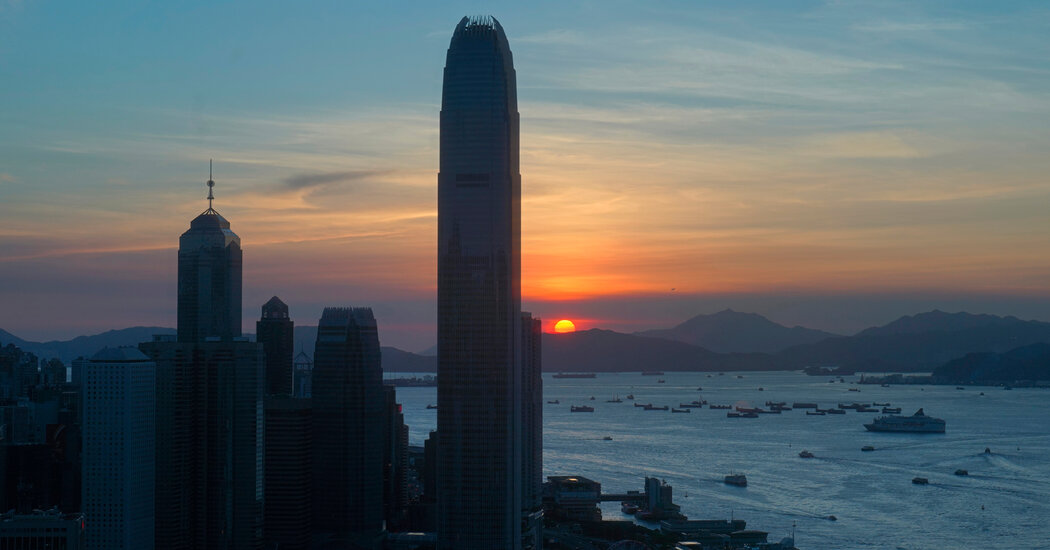 WASHINGTON — The Trump administration on Wednesday suspended or terminated three bilateral agreements with Hong Kong related to extradition and tax exemptions, the latest in a series of measures that escalate tensions between Washington and Beijing.

The administration has sought to punish China for its attempts to stifle political dissent in the former British territory. China announced in June that it was imposing a national security law in Hong Kong to grant security agencies expansive powers, giving Beijing sweeping authority to crack down on a variety of political actions.

“The Chinese Communist Party chose to crush the freedoms and autonomy of the people of Hong Kong,” Secretary of State Mike Pompeo said on Twitter. “Because of the CCP’s actions, we are terminating or suspending three of our bilateral agreements with the territory.”

The three agreements cover the transfer of fugitives and convicted prisoners. They also apply to reciprocal tax exemptions on income from international shipping, the department said.

In recent months, the Trump administration has taken a series of financial, diplomatic and technological measures against China, which experts say is causing relations between the two countries to reach new lows.

“It’s actually a remarkable set of developments,” said Dali L. Yang, a political scientist from the University of Chicago. “What we see here is truly a tug of war in terms of mutual actions against each other.”

In early August, the Trump administration imposed sanctions on Hong Kong’s chief executive, Carrie Lam, and 10 other senior officials in Hong Kong and mainland China over their roles in cracking down on political dissent.

A day before that, Mr. Trump signed two executive orders barring American residents and corporations from making any transactions with the Chinese-owned TikTok and WeChat apps within 45 days. The orders cited national security concerns, saying the services do not keep user data private. Mr. Trump has since given ByteDance, the Chinese owner of TikTok, until November to divest from its American assets and any data that TikTok had gathered in the United States.

In early July, the administration imposed sanctions on senior Chinese officials, including a member of the Communist Party’s ruling Politburo, over human rights abuses against the largely Muslim Uighur ethnic minority in the Xinjiang region.

American officials have also shut down the Chinese Consulate in Houston, citing economic espionage efforts by diplomats to steal scientific research. Some students affiliated with Chinese military institutions have been banned from traveling to the United States.

The Trump administration has also imposed visa restrictions on Chinese journalists in the United States, effectively expelling dozens of them. In return, Beijing has taken harsh actions on American journalists, including expelling employees of The New York Times, The Wall Street Journal and The Washington Post.

The steady drumbeat of measures against China is in line with a core part of Mr. Trump’s campaign strategy. Political strategists seek to show the president as tough on the country, to shift the national conversation from his failures on managing the pandemic and the economy.

Mr. Trump has previously been reluctant to strike a hard stance against China during his time in office. Aside from starting a trade war with the country in 2018, he has repeatedly praised the Chinese leader, Xi Jinping, even asking Mr. Xi for help in his re-election efforts.

But some China experts say the two nations are on a path for long-term confrontation, which may continue even if the Democratic presidential candidate, former Vice President Joseph R. Biden Jr., wins the election in November.

“Some of the actions may be hard to undo,” Mr. Yang said. “We see two juggernauts getting more antagonistic toward each other.”

Is the Five-Day Office Week Over?

Testing Backlogs May Cloud the True Spread of the Coronavirus