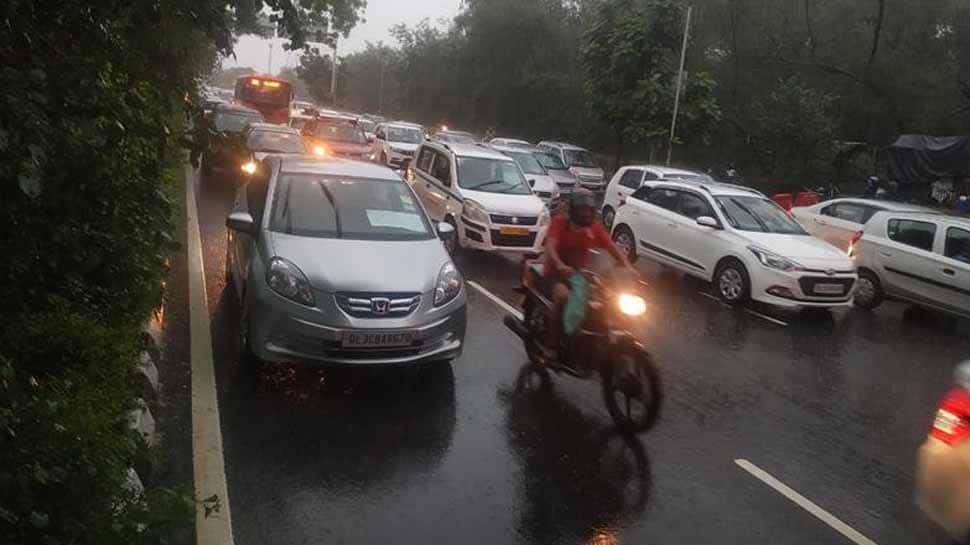 The weather department in its latest bulletin said, the monsoon trough is active and lies close to its normal position. It is very likely to be south of its normal position and continue to be active during the next four-five days.

There is convergence of strong moist southwesterly winds from the Arabian Sea over plains in northwest India and Central India at lower levels which is likely to continue fo the next 2 days.

While, widespread rain along with heavy to very heavy downpour is likely over the districts of South Bengal from Wednesday due to a formation of two back-to-back low pressure areas over the Bay of Bengal, the Met department in Kolkata said.

The meteorological department has forecast light to moderate rain coupled with thundershowers occurred at many places in Uttar Pradesh adding that thunderstorms were reported at isolated places in the state.
Heavy rain is very likely at isolated places on August 20 and that rain accompanied by lightning is also very likely in the state on August 21.

Meanwhile, the Central Water Commission on Tuesday had issued a flood advisory for Himachal Pradesh, Punjab, Haryana, Uttarakhand and Uttar Pradesh as heavy-to-extremely heavy rainfall is likely in the coming days.

Don’t give in to ‘election stress disorder.’