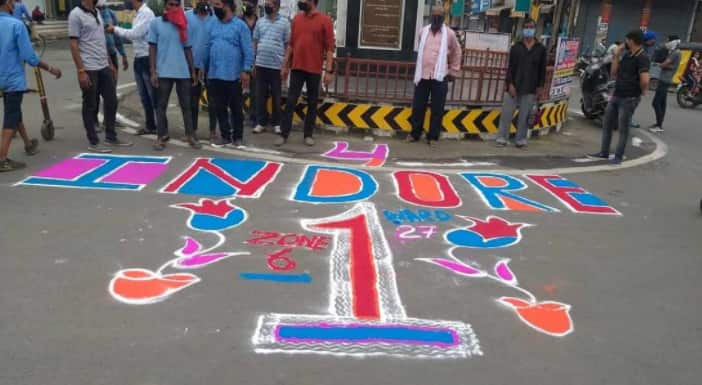 In the Centre’s latest annual cleanliness survey, Bihar’s capital Patna has been declared as the dirtiest city in the country with a population of more than 1 million. Indore is followed by cities like Surat and Navi Mumbai which grabbed the second and third positions respectively.

Surprisingly, Delhi fails to find any suitable ranking in the cleanliness survey to justify it being the national capital city. South Delhi is ranked 31st, North Delhi at 43rd while East Delhi was placed at 46th spot. Union Territory of New Delhi, however, ranked first among the cleanest capitals in the country.

Three cities of Maharashtra–Karad, Saswad, and Lonavala– have grabbed the top three positions among the cities with a population of less than one lakh.

Among the dirtiest cities in India, Bihar’s capital Patna has grabbed the top slot among cities with more than 1 million population, followed by East Delhi and Chennai. Among the cities with less than 10 lakh population, Bihar’s Gaya is the worst, followed by Buxar city of Bihar and Abohar in Punjab. Residents of these cities need to question their representatives as they failed to make these cities cleaner.

The DNA report will try to understand the cleanliness saga of Indore and why did other cities like Patna, East Delhi, Gaya, or Chennai fail to follow this example. For this, you need to know the persistent effort of the Indore administration along with and the contribution of its citizens, who have also been fined for not following the cleaning guidelines.

Indore’s Municipal Corporation continuously communicates with the citizens to inculcate in them the habit of cleanliness while taking the help of NGOs. The district administration has also set up a command center to track the garbage collected in the city besides installing GPS trackers on all the garbage collecting vehicles.

The administration has also removed large public dustbins and rather collects garbage from house to house. The roads of Indore are cleaned in the night instead of in the morning. This way, when people venture out of their homes in the morning, they see their city clean and tidy and are also saved from the dust.

The administration has also taken the support of children to create awareness about cleanliness and made them brand ambassadors of cleanliness.

Currently, 56 million kg of garbage is generated in India every year, but this will reach 1.45 lakh crore kg per year in 2030, according to a report of the Ministry of Environment. By 2050, India will have 7 times more garbage than today, and it will weigh 4 lakh crores kilograms.

The waste collected from your home is managed in a three-way; firstly, manure is produced from garbage; secondly, garbage is recycled to make it reusable; and the third method is to convert the waste into energy to generate electricity.

Till 2015, Indore was at 149th position in terms of cleanliness, but in just two years, it miraculously emerged as the cleanest city in the country due to collective efforts of its more than 32 lakh residents.

Notably, over 4000 cities have been included in the cleanliness survey, which also includes sparsely populated cities, termed as Local Bodies, so that the maximum number of municipal corporations are covered under it to fix their accountability.

Key highlights of Swachh Survekshan 2020 are:

A total of 6 cities–Indore, Ambikapur, Navi Mumbai, Surat, Rajkot, and Mysuru–have been rated as 5-star cities, 86 cities as 3-Star and 64 cities as 1-Star, as per Ministry of Housing and Urban Affairs’s Star Rating Protocol for Garbage Free Cities.

The Convention Kicks Off

We Asked Four Documentarians: How Does Film Shape the Fight for Racial Justice?

How Koalas With an S.T.D. Could Help Humanity

Rays Stun the Dodgers With a Chaotic Walk-Off Win in Game...

Narendra Modi-Donald Trump get along well, their friendship has strengthened India-US...