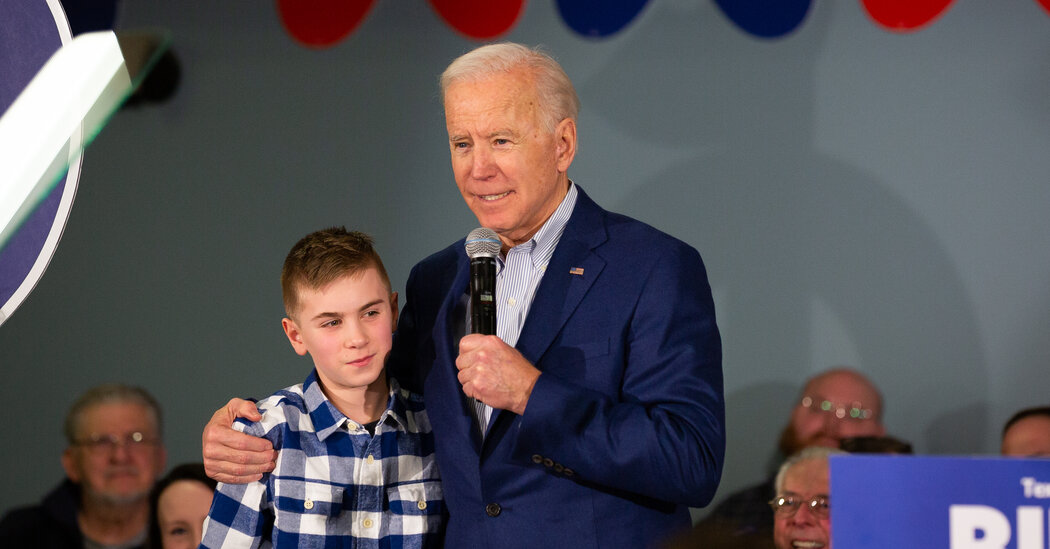 For a couple of minutes on Thursday, the sprawling, virtual Democratic National Convention seemed to hold its collective breath as 13-year-old Brayden Harrington of Concord, N.H., addressed the nation from his bedroom, occasionally stumbling on his words. “I’m a regular kid,” he said into a home camera, and a recent meeting with the candidate “made me feel confident about something that has bothered me my whole life.”

Joe Biden and Mr. Harrington have had to manage stuttering, and the sight of the teenager openly balking on several words, including “stutter,” was a striking reminder of how the speech disorder can play havoc with sociability, relationships, even identity. Movies like “The King’s Speech,” and books like Philip Roth’s “American Pastoral,” explore how consequential managing the disorder can be, just as Mr. Biden’s own story does.

How many people stutter?

The basic numbers are known: About one in 10 children will exhibit some evidence of a stutter — it usually starts between ages 2 and 7 — and 90 percent of them will grow out of it before adulthood. Around 1 percent of the population carries the speech problem for much of their lives. For reasons not understood, boys are twice as likely to stutter, and nearly four times as likely to continue doing so into adulthood. And it is often anxiety that triggers bursts of verbal stumbling — which, in turn, create a flood of self-conscious stress.

When Mr. Harrington got stuck for a couple of seconds on the “s” in “stutter,” he turned his head and his eyes fluttered — an embodiment of physical and mental effort — before saying, “It is really amazing that someone like me could get advice from” a presidential candidate.

How does stuttering arise?

About half of children who stutter are related to someone else who does, but it is impossible to predict who will develop the speech disorder. There are no genes for stuttering; and scientists do not know what might happen after conception, during development, that predisposes children to struggle with speaking in this way.

Brain imaging studies offer some clues, at least to what’s happening when people trip over their words. In these studies, stutterers typically read words or passages while inside a brain scanner; their moment-to-moment brain activity is then compared with that of non-stutterers reading the same selections. In an analysis of such studies, researchers from Texas and California zeroed in on two differences between the groups: The brain motor areas related to speech were more active in stutterers than in those without speaking problems, as a rule, and the individuals who stuttered appeared to have a deficit in hearing their own speech.

These findings reinforce neurochemical studies of the disorder. In several, researchers have found evidence of heightened dopamine circulation; dopamine is an activating brain messenger, and it is involved in coordinating motor control. A speech system somehow primed to experience chemical surges might partly explain the verbal tics of “members of the same club,” a phrase used by Mr. Biden to connect with Mr. Harrington.

Are there reliable drugs or other treatments?

Drugs like Xanax, an anti-anxiety agent, and Celexa, an antidepressant, have been tried for stuttering, but to little benefit.

Other behavioral approaches are considered more effective. For children, versions of what is called response-contingent therapy appear to be most helpful. The child is given immediate feedback on what he or she says: positive feedback, when it goes smoothly (“great job, no bumps there”), gradually increasing the length of the sentence; and gently corrective when a stutter occurs (“oops, let’s try again”).

For adults, the best approaches tend to address either the management of anxiety surrounding the speech, or the speech cadence itself, and ideally both. The therapy for management is often the same used for social anxiety: a course of so-called cognitive behavior therapy, in which people learn to discover and defuse unconscious assumptions they have about social interaction. (For instance: “I always mangle conversations,” or “I’m just not a social person.”) Therapies addressing speech patterns often focus on slowed speech, using deliberate changes in cadence to reduce the trip-ups.

In his address to the nation, Mr. Harrington said that Mr. Biden recommended to him exactly what the nominee himself used to practice — poems by William Butler Yeats. It is not likely that Yeats Therapy will be studied under a brain scanner anytime soon. But it now has two prominent adherents.

As the president is hospitalized with the coronavirus, the number of new daily cases...

Biden will unveil $1.9 trillion plan to combat the virus and boost the economy.

Mississippi Wants Magnolia to Be Centerpiece of New State Flag