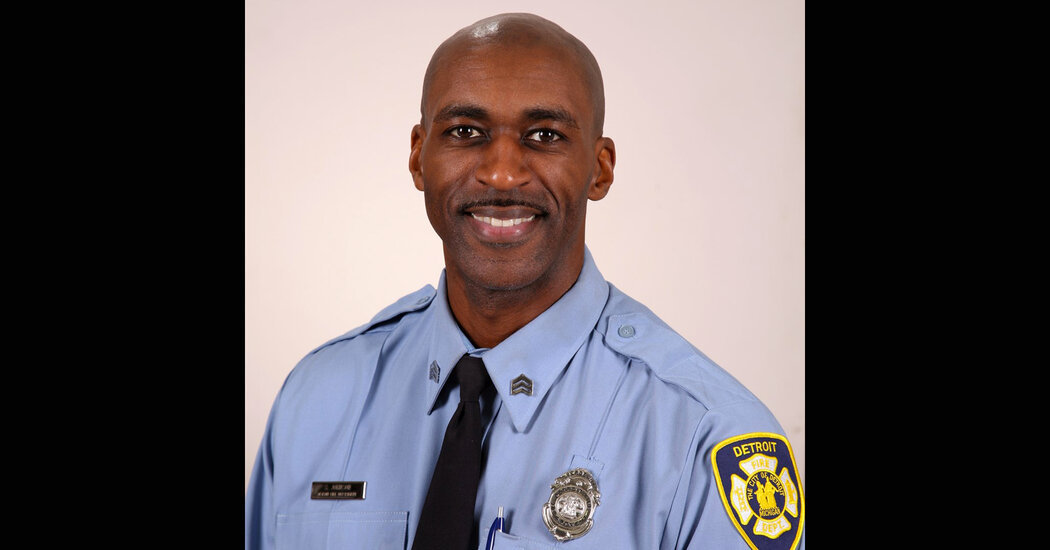 The body of a Detroit firefighter was recovered from the Detroit River on Saturday, a day after he dived into the water to save three young girls from drowning, the authorities said.

Sergeant Johnson gave his phone and keys to his daughter, and he and a civilian dived into the river to save the girls, Commissioner Jones said. After the girls were safely brought to shore, Sergeant Johnson’s daughter realized she could not find her father and called 911 around 9 p.m., according to the Michigan State Police.

Hayden was turned over to the care of her grandfather while the authorities searched the river. The search was called off by 4 a.m. and resumed later that morning, said Dave Fornell, the deputy fire commissioner. Sergeant Johnson’s body was found on Saturday afternoon near the Detroit Yacht Club. The authorities said they believed he was dragged underwater by a rip current.

In a monologue that he delivered to an audience in Flint, Mich., in 2018, a recording of which was broadcast the following year on the public radio show “The Moth Radio Hour,” Sergeant Johnson described his family’s deep connection to firefighting and to his colleagues in the Detroit Fire Department.

“My brother was a firefighter for 11 years, and we are both second-generation because our father served for 20,” he said. “That is actually a very proud thing for me to say. I’ve met a lot of great men and women on the job, and through some of the things we’ve been through and shared, we’ve grown close like a family.”

Mr. Fornell said Sergeant Johnson had earned the admiration, respect and friendship of many in the department.

“His friends, his colleagues, the people who worked for him said he was a mentor, he was a teacher,” Mr. Fornell said. “Many said he made their careers.”

When Sergeant Johnson’s body was brought to Detroit Receiving Hospital, about 10 fire companies were present to salute him, Mr. Fornell said.

“I would say there was not a dry eye in the house,” he said. “I’ve never seen as many firefighters as emotional as this. He was almost bigger than life. He just moved a lot of people.”

Commissioner Jones said Sergeant Johnson “was a well-rounded, caring and intelligent man” who lived life “with no limits,” running marathons and skydiving.

“He was just a magnificent man, soft-spoken, caring, truly a great human being,” Commissioner Jones said.

Sergeant Johnson’s brother Jamal called him his “idol” at a news conference on Saturday, according to local news reports. “He was always a hero to me,” Jamal Johnson said.

A GoFundMe campaign was started to support Sergeant Johnson’s family, including an older daughter, Kendell, 17.

In his 2018 “Moth Radio Hour” monologue, titled “To Bravely Do or Bravely Die,” he described a harrowing effort, about a decade earlier, to rescue a woman from a house fire. He pulled her from the burning structure only to learn hours later that she hadn’t made it. She had inhaled too much smoke, he said.

“It’s never easy and it never feels right to lose a human life when you’ve been called to rescue them, but it comes with the job,” he said. “Things like that and other things that I learn from those that came before me, I try to pass on to the younger firefighters on the job. I’m a sergeant now, and that’s the family thing that we do.

“I don’t know how much longer I’ll be a Detroit firefighter,” he said, “but I’ll tell you all what I tell them: When I retire I only want to see fire on my stove, my outdoor grill or the end of my cigar.”

What It Took to Free a Whale Entangled in 4,000 Pounds of Fishing Gear