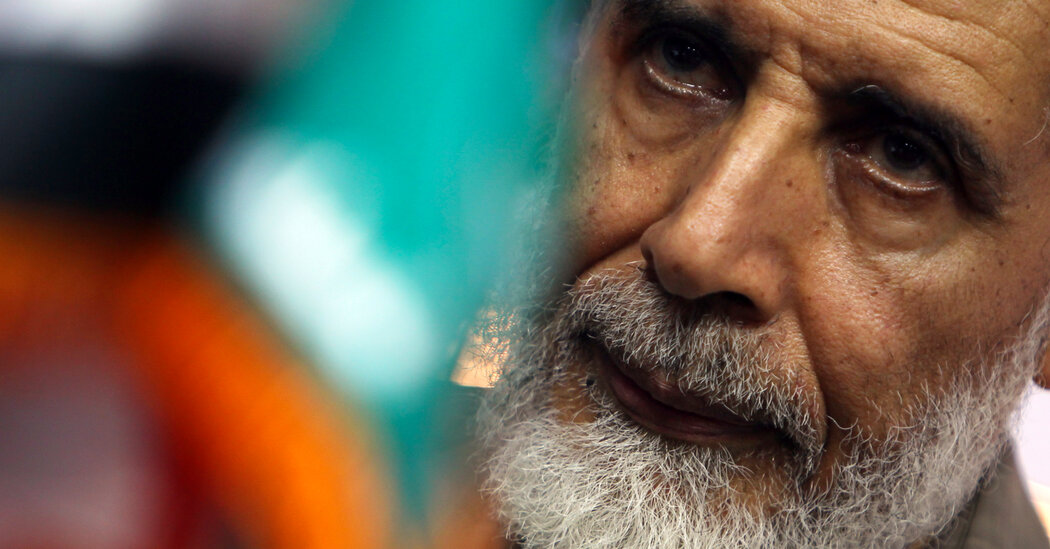 CAIRO — Egypt’s interior ministry said Friday that a security services raid on a Cairo apartment had captured Mahmoud Ezzat, the acting leader of the outlawed Muslim Brotherhood, who had been on the run for seven years.

The capture of Mr. Ezzat, 76, was the rare arrest of a senior figure in the Muslim Brotherhood, Egypt’s oldest and largest political movement, which has been crushed by a fierce wave of state-led repression in recent years.

Since the military takeover that ousted Egypt’s first democratically elected president, Mohamed Morsi, in 2013, most Muslim Brotherhood leaders have been cast into the country’s crowded maximum-security prisons or forced into exile. Mr. Ezzat was the exception.

A deputy to the Brotherhood’s leader, Mohammed Badie, Mr. Ezzat was appointed as an acting leader in 2013 after Mr. Badie was arrested. He promptly vanished from public view, and many Egyptians supposed he had fled to Turkey, which is home to many exiled Brotherhood leaders and media outlets.

Instead, he was in Egypt for at least some of that time. In the statement issued on Friday, the authorities said he had been captured by officers from the National Security Agency at an apartment used by the Brotherhood in the Fifth Settlement, an upmarket district of eastern Cairo close to the American University in Cairo.

The authorities said they found computers and telephones with encryption software used by Mr. Ezzat to communicate with Brotherhood members in Egypt and abroad. They did not say when he was arrested.

A photo distributed by the interior ministry showed a frail looking man in his 70s, identified as Mr. Ezzat, sitting at a table and wearing a track jacket.

Mr. Ezzat joined the Brotherhood in the 1960s and spent time in prison during the rule of presidents Gamal Abdel Nasser and Hosni Mubarak. Since 2013 he has been convicted in absentia on terrorism-related charges and twice sentenced to death. Under Egyptian law, he will now face retrial under the same charges.

In hiding, Mr. Ezzat struggled to exert influence over the group as it was driven underground by the Egyptian authorities. Under Egypt’s current president, Abdel Fattah el-Sisi, tens of thousands of political opponents, mostly Brotherhood supporters, have been detained in the country’s crowded prisons, often on dubious charges, according to human rights groups.

Mr. Ezzat’s influence was further weakened by internal schisms driven by disputes over whether the group should take up arms to oppose Mr. el-Sisi. Many younger supporters were incensed after the Egyptian security forces killed over 800 people, mostly Brotherhood supporters, in August 2013 as Mr. el-Sisi consolidated his power.

Although the Muslim Brotherhood formally disavows violence, splinter groups have carried out sporadic attacks in recent years, mostly bomb and gun attacks targeting the security forces on the outskirts of Cairo.

On Friday, the interior ministry said it had discovered documents at Mr. Ezzat’s hiding place that indicated the Brotherhood’s “destructive plans,” the statement on Friday said without providing further detail.

But Abdelrahman Ayyash, a researcher on Islamist movements, said that Mr. Ezzat had remained committed to the policy of nonviolence. Mr. Ezzat led the more conservative wing of the Muslim Brotherhood, Mr. Ayyash said on Twitter. “But when it comes to violence, Ezzat and his men were wholeheartedly against it.”

Despite the harsh crackdown on the movement, Mr. el-Sisi routinely blames the Brotherhood for Egypt’s woes, and government officials frequently tar any critics as Brotherhood sympathizers, often with little proof. Mr. Morsi, the ousted president, died in prison last year amid accusations from his family that the authorities had deliberately failed to treat his illnesses.

The Women Fighting Domestic Violence During the Coronavirus

‘Whac-a-Mole’ Against Virus Sounds Reasonable, Unless You’re the Mole