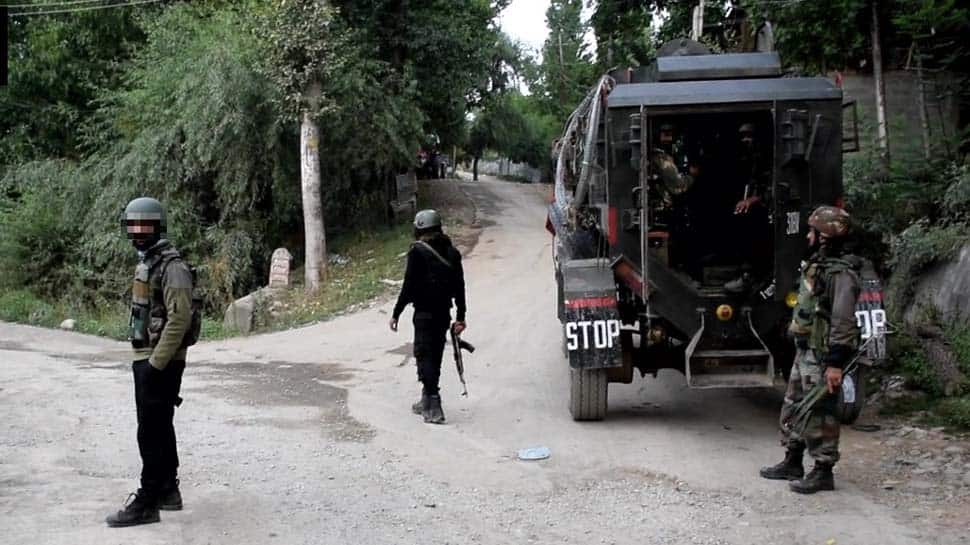 Al Badr founder and district commander Shakoor Ahmed Parry, along with three other terrorists, was killed on Friday in an encounter with security forces in Shopian district of Jammu and Kashmir. Another terrorist has been captured alive. The J&K Police confirmed that terrorists have been killed in the encounter in Kiloora area of the district.

The three other terrorists have been identified as Suhail Bhat, Zubair Nengroo and Shakir-ul-Jabbar. Incriminating materials including arms and ammunition were recovered from the site of encounter. All the recovered materials have been taken into case records for further investigation and to probe their complicity in other terror crimes. There was no injury to civilians or loss of property during the said encounter.

During the encounter Police and security forces while exhibiting extreme professionalism also arrested one active terrorist identified as Shoiab Ahmad Bhat resident of Awantipora. “Capturing one terrorist alive during an ongoing encounter will send a right message to the youth who are joining terrorism,” said IGP Kashmir Vijay Kumar. He is being questioned.

No police personnel has been injured in the encounter in Kiloora area of Shopian district. “We will increase our operations from November in order to eliminate remaining terrorists in Jammu and Kashmir,” he added.

All the killed terrorists had a long history of terror crime records. They were involved in planning and executing several terror attacks in the area including attacks on police and security establishments.

A police official said that exchange of fire between terrorists and security forces happened in apple orchards of Kiloora village. On a specific input regarding presence of terrorists in village Kiloora area of Shopian, a joint cordon and search operation was launched by Police, 44 Rashtriya Rifles (RR) and 178 BN Central Reserve Police Force (CRPF) in the said area.

During the search operation as the presence of terrorists got ascertained they were given an opportunity to surrender, however they fired indiscriminately upon the joint search party, which was retaliated leading to an encounter.

Keeping in view the prevailing pandemic due to COVID-19 and to ensure the safety of people from the inherent risk of contracting the infection, the dead bodies of the killed terrorists will be sent to Handwara for burial purposes after completion of all medico-legal formalities. The nearest family members of the killed terrorists will be allowed to participate in the last rites at Handwara.

In this connection, a case under relevant sections of law has been registered in Police Station Imam-Sahib and investigation has been initiated.

IGP Kashmir Vijay Kumar confirmed that in 2020 more than 150 terrorists have been killed in Kashmir, mostly in south Kashmir, including top 26 terrorist commanders of different terror organisations.

What to Know About Voting by Mail in California