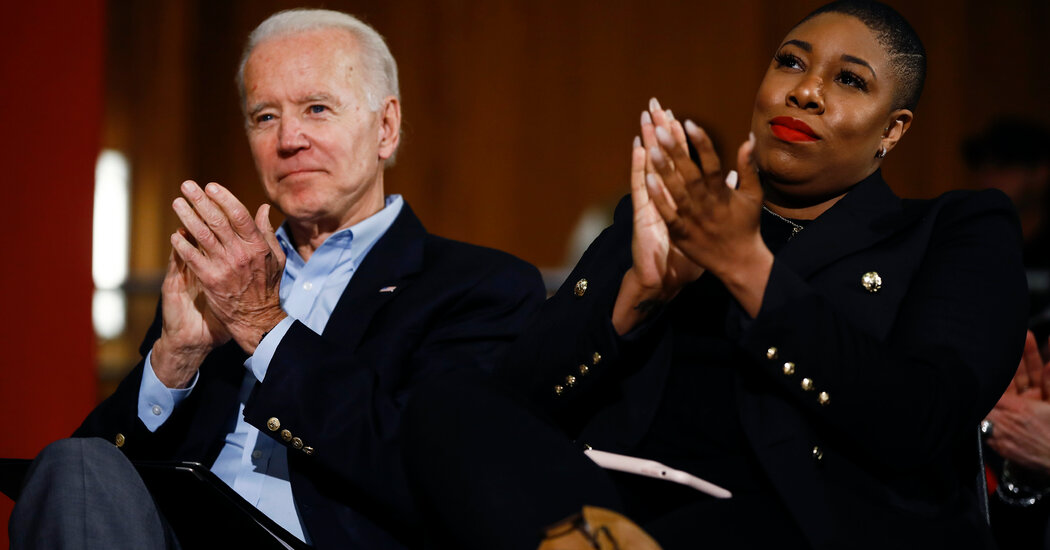 Last Monday, on the first night of the Democratic National Convention, the comedian Ziwe tweeted at the Democratic Party and asked it to be a guest on her Instagram Live show.

It was a joke, but Symone Sanders, a senior adviser to former Vice President Joseph R. Biden Jr., heeded the call, and she joined Ziwe on Thursday night as the Republican National Convention wrapped up.

Most of Ziwe’s guests are “canceled,” and she asks them questions that are at the root of whatever caused them to be excommunicated from pop culture.

While neither Ms. Sanders nor Mr. Biden has been canceled, younger voters of color, as well as younger white progressives, have tended to view Mr. Biden far more skeptically than the older Black voters who helped him clinch the Democratic nomination.

Ziwe asked Ms. Sanders questions many young voters have about Mr. Biden’s platforms, including how he would respond to the rash of murders of Black trans women across the country.

“What is Biden doing for Black Trans women?” Ziwe asked.

“We need to be very clear that we often name the names of Black people who have lost their lives at the hands of police officers, but we do not talk enough about the epidemic that is Black trans women losing their lives,” Ms. Sanders said.

“Joe Biden is an accomplice for the L.G.B.T.Q.+ community,” she added, suggesting that Mr. Biden was in the trenches with the group.

When Ziwe asked about climate change, Ms. Sanders was quick on her feet.

“The Democrats think it’s something we have to address,” Ms. Sanders said. “Joe Biden has said there are four crises in America: a health crisis, an economic crisis, a racial reckoning and the fourth crisis is a climate crisis.”

Sizing Up the Rural-Urban Travel Divide: Who’s Up and Who’s Down