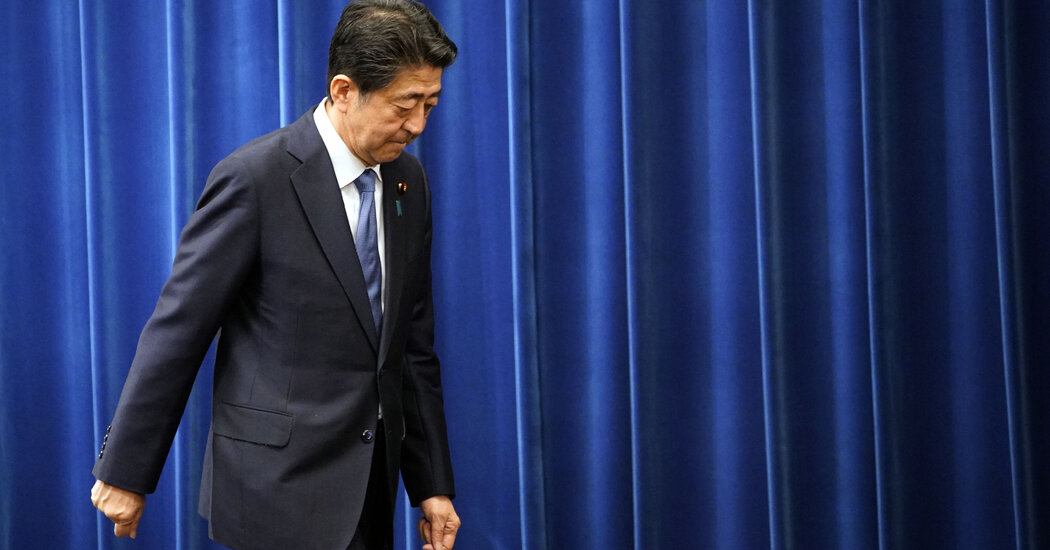 Ulcerative colitis, the gastrointestinal affliction that has debilitated Prime Minister Shinzo Abe of Japan so badly that he is resigning, is a chronic inflammatory bowel disease, which is suffered by millions and can flare up unpredictably.

It irritates and inflames the innermost lining of the large intestine and rectum, causing ulcers or sores. Symptoms can include uncontrolled diarrhea, rectal bleeding, weight loss, diminished appetite, abdominal pain and frequent need to use the bathroom.

The disease can strike at a young age and worsen over time, as appeared to happen to Mr. Abe, 65. Doctors say they have also seen it develop in people in their 50s and older who had not suffered symptoms at a young age.

Ulcerative colitis and Crohn’s together afflict more than two million people in North America, more than three million in Europe and millions more worldwide, according to estimates in an article published in May by Clinical Gastroenterology and Hepatology, a medical journal.

Dr. Ashwin N. Ananthakrishnan, a gastroenterologist at Massachusetts General Hospital who was the lead author of that article, said ulcerative colitis was first seen during the Civil War, and has dramatically increased since the 1940s in the United States and since the 1970s in Asia, including Japan.

He and other doctors attributed the growth in cases partly to changes in eating habits — notably a move away from fiber-rich diets — particularly in Asia. But the underlying causes and triggers of both Crohn’s and ulcerative colitis remain areas of intense research. Many treatments have been developed to ease the symptoms, but both diseases can recur without warning.

“It’s still associated with a lot of disruption,” Dr. Ananthakrishnan said in a phone interview. “People can have flare-ups that can last for a few days to a few weeks.”

Dr. Reezwana Chowdhury, an assistant professor at the Johns Hopkins University School of Medicine and a specialist in colitis and other intestinal disorders, said ulcerative colitis “can develop at any age” and that children who are diagnosed with it can suffer chronic recurrences. “It’s a lifelong disease,” Dr. Chowdhury said.

Removal of the large intestine is considered a cure for ulcerative colitis, but that creates other complications. Surgeons must use part of the small intestine to replace the large intestine or create an artificial opening in the abdominal wall for the discharge of bodily waste, an operation known as a colostomy.

Dr. Ananthakrishnan said advances in treatments had sharply reduced the need for surgery. Twenty years ago, he said, one in five patients needed surgery, compared with one in 10 now.

Nonetheless, he said, even people who have responded to treatments can suffer flare-ups, which appeared to be the case for Mr. Abe, and that can “take a toll on functioning for such a high-level person.”

India to soon get dairy for donkey milk, one litre milk may sell for...