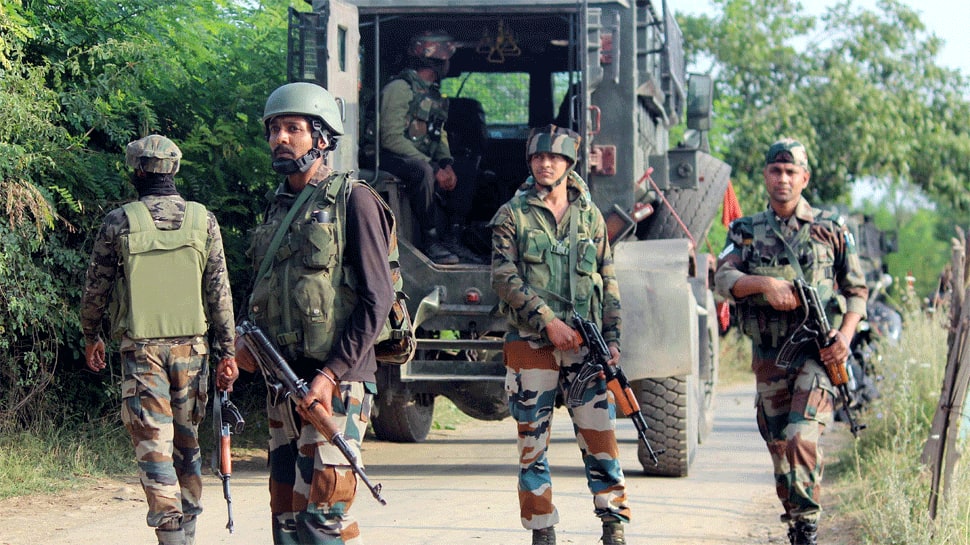 PULWAMA: Three unidentified terrorists were gunned down by security forces on Saturday (August 29) in a joint operation of Jammu and Kashmir Police, Indian Army and CRPF Zadoora area in Pulwama district of Jammu and Kashmir. Reports stated that a soldier was also injured in the encounter and rushed to a nearby hospital for medical treatment.

A huge cache of arms and ammunition has been recovered by forces in the area.

The identities of the slain terrorists are yet to be ascertained. Meanwhile, it remains unknown if the encounter has come to an end or not.

According to reports, the encounter broke out at around 1 am in the wee hours of Saturday (August 29). It, however, remains unknown how many terrorists are holed up in the area.

Earlier on Friday, four terrorists were killed while one was captured alive in an encounter with security forces in Kiloora area of Shopian district.

The slain terrorists were identified as Al Badr founder and district commander Shakoor Ahmed Parry, Suhail Bhat, Zubair Nengroo and Shakir-ul-Jabbar. Incriminating materials including arms and ammunition were recovered from the site of encounter. All the recovered materials have been taken into case records for further investigation and to probe their complicity in other terror crimes.

After joining the terrorist groups, he got active in the area and distributed the snatched weapons among his close associates. He was the main handler of proscribed terrorist outfit Al Badr and was involved in recruiting youth into terror ranks.

Inside the Failure: 5 Takeaways on Trump’s Effort to Shift Responsibility