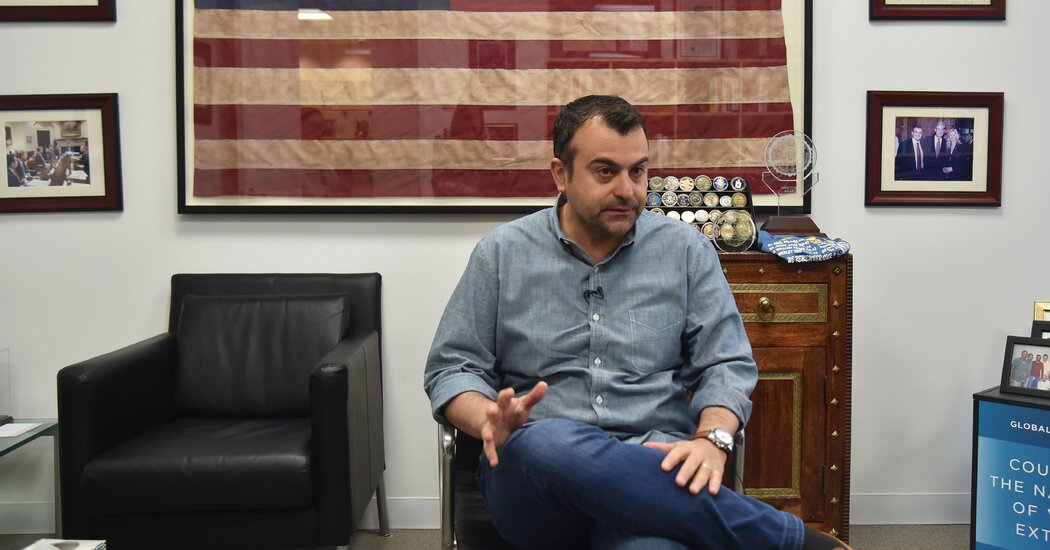 WASHINGTON — After a group of Qaeda suspects was captured in September 2002, the C.I.A. flew Ali Soufan, an experienced F.B.I. counterterrorism agent, to Afghanistan to help interrogate them. But when he arrived, C.I.A. officials abruptly sent word to keep him from the two most significant new detainees.

Mr. Soufan had made enemies for opposing the C.I.A.’s abusive interrogation of its first prized prisoner, Abu Zubaydah. He eventually won permission to question the two detainees after all, but when he sought to tell the world about those sessions in his 2011 memoir, the C.I.A. censored much of his account as classified.

Nine years later, and after a lawsuit, the C.I.A. has relented. W.W. Norton will republish his book next month under the revised title “The Black Banners (Declassified): How Torture Derailed the War on Terror After 9/11.” Its restored sections add new details to the history of the United States’ early post-Sept. 11 fight against Al Qaeda.

The lesson of the release, Mr. Soufan said in an interview, is “if you fight for the truth hard enough, eventually you will win.”

In the interim, some of what Mr. Soufan sought to discuss has become public, including in the 2014 declassification of a lengthy summary of a landmark Senate study about C.I.A. torture. But his book adds richer details about how F.B.I. interrogators manipulated detainees into divulging information — using rapport-building tactics, he says — and offers a preview of how Mr. Soufan might testify in the delayed military commission case at Guantánamo Bay, Cuba, against five men accused of conspiring in the Sept. 11, 2001, attacks.

Ramzi bin al-Shibh, a defendant in the Sept. 11 case, was one of the two detainees Mr. Soufan was eventually permitted to question in September 2002 — for 45 minutes. After that, the C.I.A. whisked the prisoner to a “black site” prison, where its torture of him rendered his subsequent statements inadmissible as evidence.

Defense lawyers may try to suppress what Mr. bin al-Shibh told Mr. Soufan, too, as contaminated by Mr. bin al-Shibh’s detention in C.I.A. custody. As Mr. Soufan tells it, he persuaded the prisoner to talk without inflicting abuse by leading him to believe that Mr. Soufan already knew everything anyway and it was in his interest to cooperate. He “gave me lots of information about the planning for 9/11,” like describing interactions with the operation’s planner, Khalid Shaikh Mohammed, Mr. Soufan wrote.

Mr. Soufan gave him a towel to cover himself and then revealed that he had earlier interrogated yet another of his brothers in Yemen, for whom he had arranged a phone call with their mother. The detainee went from arrogant and hostile to sobbing on Mr. Soufan’s shoulder.

“He completely opened up and gave me specific information about Al Qaeda’s operations in Afghanistan, including who was in charge of which region and where they were based,” he wrote.

The C.I.A. allowed Mr. Soufan to republish his book without the black bars that had concealed those kinds of details after a journalist and documentary filmmaker sued the agency. It then conducted a new review and deemed nearly all of the contents unclassified.

Shown a copy of the restored memoir, Daniel Jones, who led the research of millions of pages of C.I.A. files for the Senate study, said that version aligned with the agency’s own contemporaneous records.

“Ali has been, by far, the most consistently accurate person in his writings about this and his discussions about it,” Mr. Jones said. “His version of events most closely resembles the collective record of the U.S. government.”

One of the most significant restored sections in the book recounts the agent’s interactions with Mr. Zubaydah, who was captured badly wounded. Mr. Soufan helped keep him alive and then got him talking in a hospital room, for what the agent described as a conversation that lasted about 10 days.

According to the book, the accidental act of showing Mr. Zubaydah a wrong photograph while asking about someone else helped Mr. Soufan uncover a crucial fact: Mr. Mohammed was the planner of the Sept. 11 attacks. Three years later, in 2005, the C.I.A. misled the Justice Department into believing that big break followed its use of “enhanced interrogation techniques” when seeking renewed legal blessing for its torture program.

Mr. Soufan also describes how the F.B.I. learned from Mr. Zubaydah about a Latino terrorist recruit with an American passport who had vague aspirations — though no real-world ability, in Mr. Zubaydah’s view — to detonate a radioactive “dirty” bomb in the United States. This led to the identification and arrest of Jose Padilla. Accusations against him of a dirty-bomb plot were later dropped; he was convicted in a conspiracy to help Islamic jihadist fighters abroad.

The C.I.A. in 2005 had also credited Mr. Zubaydah’s dirty-bomb disclosure to the use of its “enhanced” techniques. Mr. Soufan disagreed, and the reissued book puts in sharper relief the interagency struggle over how to interpret the complex circumstances of his interrogation.

Mr. Soufan was still talking steadily with Mr. Zubaydah in the days after his capture when the C.I.A. abruptly cut off the F.B.I.’s access, saying the bureau’s agents would never question him again. An agency psychologist contractor began inflicting suffering and humiliation on the prisoner — like forced nudity and prolonged sleep deprivation — arguing he could get more and better information that way. These were the first steps in what would become a more formal C.I.A. torture program.

By Mr. Soufan’s previously censored account, the psychologist obtained no information at all from Mr. Zubaydah. Frustrated that the flow of intelligence had stopped, C.I.A. headquarters grudgingly let the F.B.I. take over again after all. The agents let Mr. Zubaydah sleep, gave him a towel to cover himself and sought to repair the relationship so they could pick up where they had left off. In that second round of questioning, they elicited the information about Mr. Padilla and his dirty-bomb aspirations.

The psychologist — James E. Mitchell, who is identified by a pseudonym in Mr. Soufan’s book — wrote his own C.I.A.-cleared memoir in 2016, “Enhanced Interrogation: Inside the Minds and Motives of the Islamic Terrorists Trying To Destroy America.” He suggested that the F.B.I. got the information by playing good cop to the C.I.A.’s bad cop.

“You can’t discount the role of sleep deprivation in weakening Abu Zubaydah’s resolve and shifting his priorities from protecting information to getting some rest,” Dr. Mitchell wrote.

In an interview, however, Mr. Soufan argued that it was not a case of “good cop, bad cop.” He said the C.I.A.’s experimentation with torture was not just ineffective, but interrupted and hindered a professional interrogation that obtained useful information without abuse. The uncensored details of the story as he told it in 2011, he said, proves this point.

But officials at C.I.A. headquarters were determined to put the psychologists in charge again, and Mr. Soufan decided to leave the black site. In 2011, the C.I.A. redacted the reason. But the new edition lets readers know Mr. Soufan’s breaking point: A coffin had arrived, and the C.I.A. planned to lock Mr. Zubaydah in it.

How a BMW and a Truck Full of Leather Shoes Helped Me Get to...

How Can I (Kindly) Tell People to Wear Masks in Public?