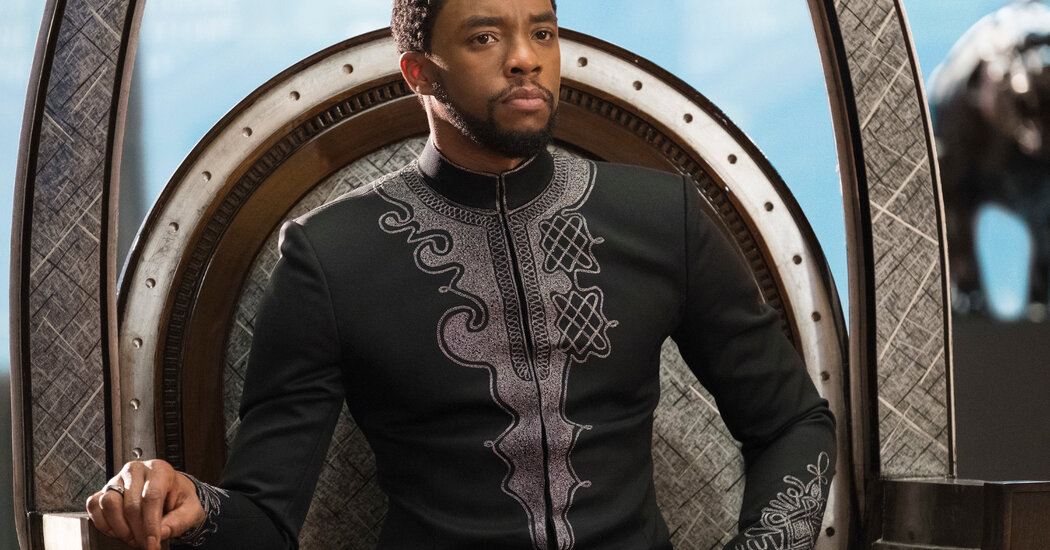 After the announcement late Friday that the “Black Panther” star Chadwick Boseman had died, tributes began pouring in on social media from prominent figures in entertainment, politics and beyond.

Within minutes, Martin Luther King III, a human-rights activist and the eldest son of the Rev. Dr. Martin Luther King Jr., said that the actor had “brought history to life on the silver screen” in his portrayals of Black leaders.

“As Black Panther, he was also a superhero to many,” Mr. King wrote. “And despite his 4 year long battle with cancer, he kept fighting and he kept inspiring. He will be missed.”

Former Vice President Joseph R. Biden Jr., the Democratic nominee for president, struck a similar note, saying that Mr. Boseman’s “true power” stretched far beyond Hollywood, and that he had “inspired generations and showed them they can be anything they want — even super heroes.”

Others, like the HuffPost editor Philip Lewis, called Mr. Boseman a “superhero” for having filmed so many movies while undergoing treatment for cancer, and Oprah Winfrey described him as a “gentle gifted soul.”

But he was best known for his role as T’Challa, king of the fictional African nation of Wakanda, in “Black Panther,” the 2018 Marvel superhero movie. It was the first major superhero film with an African protagonist, a majority Black cast and a Black writer and director.

He played the same character in three other Marvel films, including two of the “Avengers” movies. On Friday, many of Mr. Boseman’s co-stars from those films paid tribute to him on social media.

Chris Evans, who played Captain America, called him “a true original” and “a deeply committed and constantly curious artist.”

“He had so much amazing work still left to create,” Mr. Evans wrote. “I’m endlessly grateful for our friendship,”

“What a man, and what an immense talent,” wrote Mark Ruffalo, who played the Hulk in the films. “Brother, you were one of the all time greats and your greatness was only beginning.”

Other well-known entertainers, including Mariah Carey, Don Cheadle, and Chosen Jacobs, weighed in on Twitter to offer condolences and praise Mr. Boseman’s talents and character.

“You leave behind an incredible body of work and an inspiring legacy,” Ms. Carey wrote. “Rest in power. Chadwick Forever.”

Kevin Clarkson Steps Down as Flurry of Text Messages Are Aired