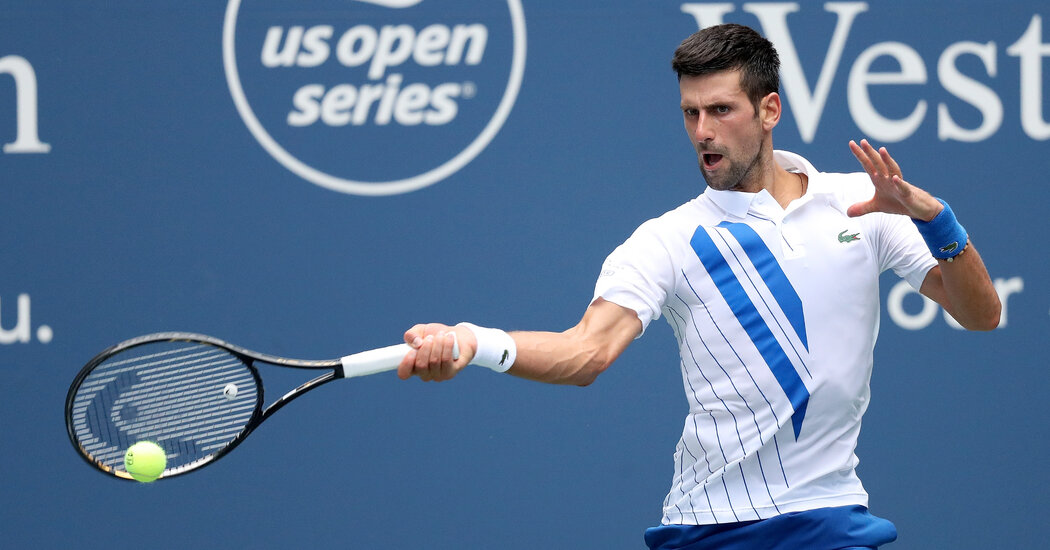 Frustrated by what they view as a lack of leverage in the sport of men’s tennis, top-ranked Novak Djokovic and Vasek Pospisil are forming a breakaway body to represent the interests of male players outside of the current structure of the Association of Tennis Professionals, and have resigned their leadership roles in the association’s player council.

Pospisil, a Canadian ranked No. 92 in singles, announced his resignation on Twitter on Friday night, saying that within the current structure of the men’s tennis tour, “it is very difficult, if not impossible, to have any significant impact on any major decisions made by our tour.”

Djokovic, the president of the player council, and John Isner, the highest-ranked American men’s player, also resigned their positions, according to two people familiar with their decisions who spoke on condition of anonymity because the resignations had not been made public.

It is not clear, for example, if its goal would be to bargain collectively like players’ unions in other professional sports. Unlike athletes in the N.F.L., Major League Baseball and the N.B.A., among other leagues, tennis players are independent contractors.

But it is clear that the ATP sees the upstart effort as a threat, and its leaders have urged players not to support it.

Djokovic and Pospisil detailed the plans in a document they distributed to other players, which was obtained by The New York Times. In it, they argue that an autonomous body for player interests is necessary. The ATP, founded 30 years ago, represents players and tournaments jointly, with both sides having seats on the governing board for decisions.

“The goal of the PTPA is not to replace the ATP, but to provide players with a self-governance structure that is independent from the ATP and is directly responsive to player-members’ needs and concerns,” the players said in the document soliciting sign-ups from other top players on the tour.

Neither Pospisil, Isner, nor a representative for Djokovic responded to requests for comment. Djokovic, who won a three-hour semifinal at the Western & Southern Open on Friday afternoon despite needing a medical timeout, skipped his post-match news conference. The tournament said its medical team “advised him not to do press today.”

Andrea Gaudenzi, the ATP chairman, did not respond to a request for comment.

One glaring absence from the plan is the inclusion of women’s players in the formation of the group.

Pospisil had spoken eagerly last year about working together with female players. The idea appeared to gain steam as Pospisil led a large group, including Sloane Stephens and others, to urge the Grand Slam tournaments to commit more money to athletes. The tournaments did not engage.

Yet as leaders of the men’s and women’s tours expressed in the spring that it might be mutually beneficial to merge the tours — especially in light of the financial troubles brought on by the coronavirus pandemic — many men’s players reacted negatively to that prospect and some said that women’s players did not deserve to make as much money as the men.

Two of the sports biggest stars, Rafael Nadal and Roger Federer, have expressed support for merging the tours and have not previously supported the calls a new players association.

In their document, Djokovic and Pospisil envision the group as “representing the interests” of its members in areas such as revenue sharing, disciplinary actions, player pensions, travel, insurance and amenities at tournaments.

Djokovic and Pospisil have appointed themselves “initial co-presidents” of the association, serving a term of two years. The organization plans to be governed by an elected board of up to nine people.

In a message to players this week, Pospisil said players in the new association would meet Saturday night and “take a group photo to document the historic moment.” He said the group would have “essentially the same function as a union” but with more legal flexibility.

“There will be a lot of work building and perfecting the operations of this association, but this is the first and most pivotal step that we must take,” Pospisil, who has been consulting with the law firm Norton Rose Fulbright, wrote in his message to players. He added, “Our voices will finally be heard and we will soon have an impact on decisions that affect our lives and livelihoods.”

Gaudenzi, in a letter to players that was obtained by The Times, urged the athletes “not to take lightly” the ramifications of starting a new association while acknowledging that “no organizational structure is perfect.”

Gaudenzi framed the formation of a competing player organization as an existential threat to the ATP, and said the group should not expect to be recognized by the tournaments. He argued that the action could threaten the power players already have within the sport.

“You have what other athletes in other sports would strive for — a seat at the boardroom table. That is what players fought for in the creation of the ATP Tour,” Gaudenzi said. “It makes no sense why you would be better served by shifting your role from the inside to the outside of the governance structure.”

Milos Raonic, who won on Friday to reach the final of the Western & Southern Open, which is being held in Queens at the same site as the United States Open next week, said he planned to sign up for the association, and expected a majority of players to join him. Raonic said that players were unhappy with the communication and leadership of Gaudenzi and other executives during the tour’s pandemic hiatus.

“Players have had plenty of time to think and reflect and take a look at certain parts which they may not be happy with and discuss,” Raonic said. He added: “I voiced my opinion on many things, such as other sports, executives in other sports taking pay cuts to support us. As tennis players, we weren’t making a dime for months and months.”

Gaudenzi closed his plea to players by asking for unity.

“We should not forget that, as an entertainment product, our competition for audiences and long-term growth is with other sports and forms of entertainment,” he wrote. “Our battle is not with each other. Now, more than ever, is the time for unity and collaboration.”

‘Defund the Police’? Easy for You to Say