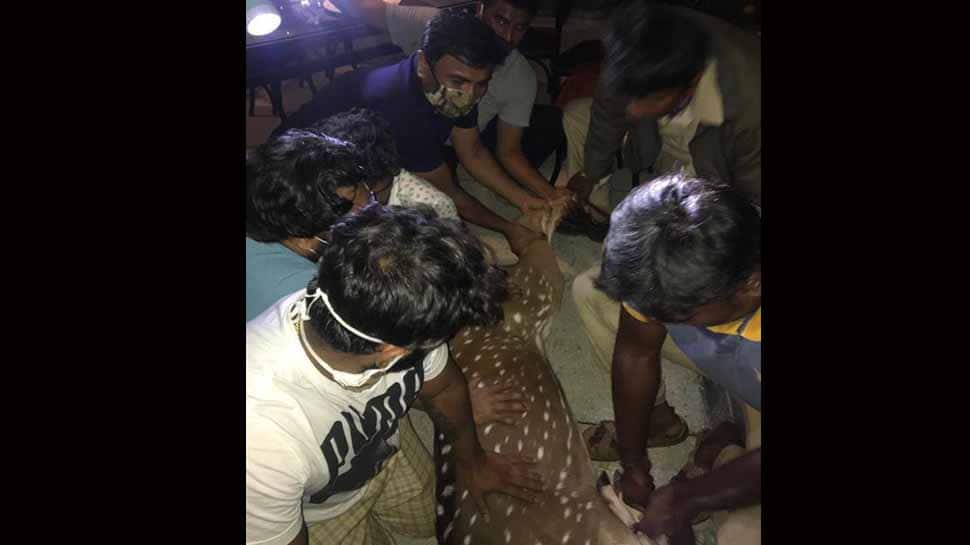 Bengaluru: The staff and volunteers of Karnataka Forest Department from Rajarajeshwari Nagar in Bengaluru rescued a deer stag from a hotel at around 10.10 pm on Friday (August 28, 2020).

The deer stag was chased by feral dogs away from the Turahalli reserve forest and it ended up taking refuge in an empty site in Krishna Gardens for two days.

The fifteen forest staff and 13 volunteers had encircled the deer with nets, it managed to escape. It was cornered twice but broke lose both times and ran towards the Uttarahalli-Kengeri road, close to JSS engineering institute.

Eventually, it entered a restaurant where two volunteers, Dileep and Manjunath, were successful in holding onto the deer before the forest staff took control of the situation.

After an examination by a doctor from People For Animals (PFA), the deer was released back in the Turahalli forest.

Democrats Have Been Shameless About Your Presidential Vote Too

Heavy rains for third consecutive day cause waterlogging in several parts of Kolkata on...

How Can We Fix Income and Wealth Inequality in America?