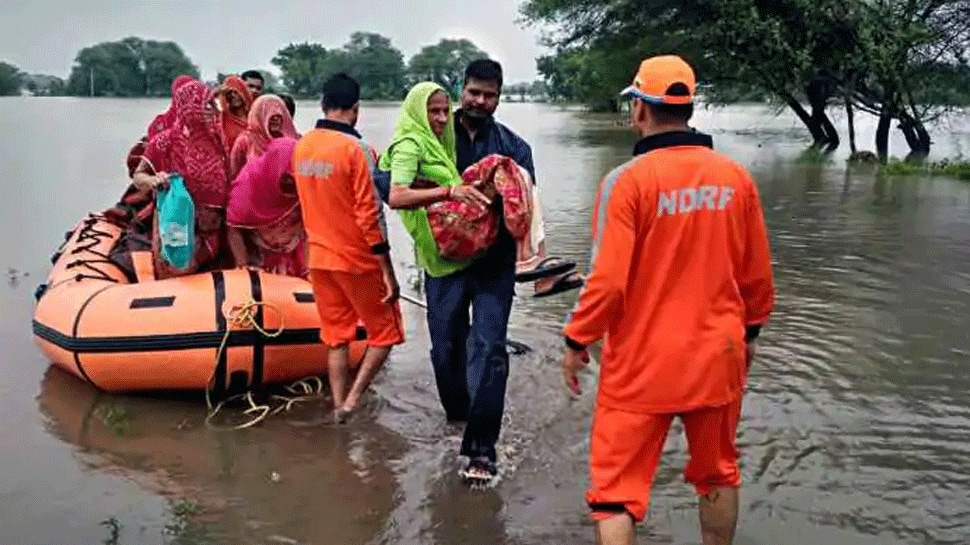 BHOPAL: A woman was killed and three others were injured when a house collapsed after heavy rains at Sehore in Madhya Pradesh on Sunday. According to reports, the house collapsed in Ashta area of Sehore district at around 3.10 am in the wee hours on Sunday.

A woman, identified as Ruksar Bi, died on the spot while three others were trapped under the debris of the collapsed house. The injured were later pulled out and taken to a hospital.

Following heavy showers in several parts of Madhya Pradesh in the last couple of days, nearly 7,000 people have so far been rescued across the state and 170 relief camps are set up in the affected districts. In the last two days, heavy rains pounded nine districts of the state, including Hoshangabad, Sehore, Chhindwara and Narshinghpur, leading to a rise in the level of the Narmada river at some places.

Water level of the Narmada river, which flows across various districts of the state, has not risen further on Sunday

Meanwhile, nearly 60 stranded people were airlifted from a village in the district by an IAF helicopter. Three IAF helicopters have been pressed in evacuation works and one chopper would join in the rescue operation shortly, Manish Rastogi, the principal secretary to Chief Minister Shivraj Singh Chouhan, told PTI.

An Army column comprising 70 personnel is deployed in Hoshangabad and five more columns of the defence force are going to join in, said Rastogi, who is also the state’s revenue commissioner.

With Clock Ticking Down, Trump Lashes Out at Enemies and Aides

How to Talk to Your Friends About Money