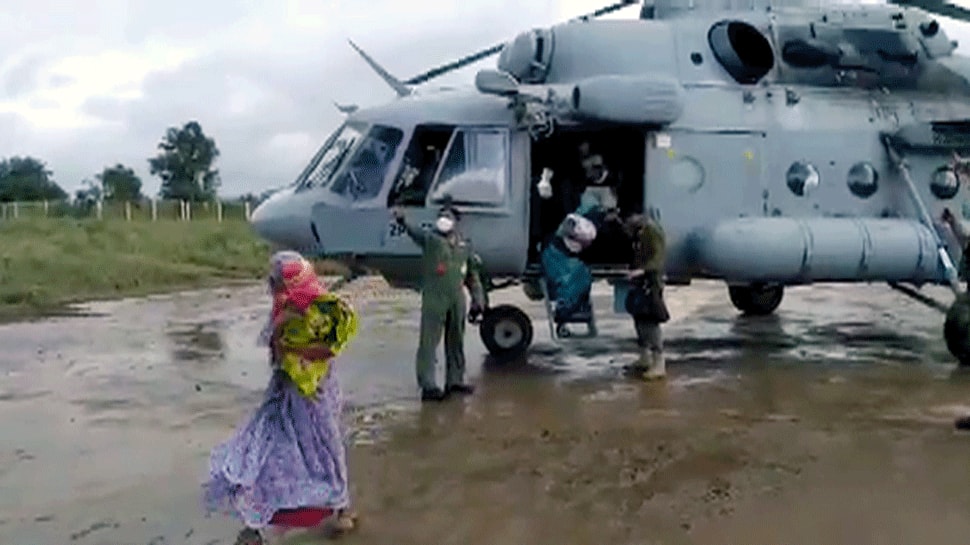 RAISEN: A 22-year-old woman gave birth to a baby boy on Sunday (August 30) hours after she was rescued by NDRF personnel from a flooded village in Raisen district of Madhya Pradesh, officials said.

Recounting the Saturday night in Mangrol village, located about 110 kms away from the district headquarters, the woman’s husband Rajkumar said the village was surrounded by water due to rise in the level of the Narmada river following heavy rains.

The situation worsened after water was released from the Bargi Dam, an official said.

“As my wife Pooja was expecting our first child, we were planning to move to a nearby town for her delivery. But, heavy rains coupled with flood inundated our village on Saturday night,” Rajkumar said.

Rajkumar said he had called up the flood relief control room for help.

A team of National Disaster Response Force (NDRF) rescued us on Sunday morning, he said, adding that they were later taken to the government hospital at Bareli in the district.

Bareli Hospital’s Dr Girish Verma said the woman was brought there around 12 noon. “She gave birth to a healthy baby boy under supervision of a woman doctor,” Dr Verma said.

In the last two days, heavy rains pounded nine districts of the state, including Hoshangabad, Sehore, Chhindwara and Narshinghpur, leading to a rise in the level of the Narmada river at some places.

Editor’s Note: Why The Times Editorial Board Endorsed Joe Biden for President